How Are Leap Year Proposals Still a Thing? 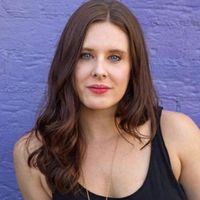 Lindsay Tigar
Lindsay Tigar is a freelance travel and lifestyle writer who is currently traveling the world.
Brides's Editorial Guidelines

In case you missed the 2010 rom-com Leap Year starring Amy Adams, here’s a refresher: After another anniversary comes and goes without a proposal, Adams's character grows frustrated and decides to take matters into her own (left) hand—by going on a trip to Dublin to practice the Irish tradition of ‘Leap Year’ proposals. With Leap day coming up, and falling on a Saturday this year, we're investigating, how is this still a thing?

As legend has it, every four years on February 29, women in Ireland work up the courage to get down on one knee to pop the question to their mates. So why is this still a thing? Where did it come from? And well, is the practice outdated in a new generation of twosomes who value equality between the sexes, more than ever? Certainly, in 2020, a woman doesn't need to feel limited to propose to her partner in accordance with an outdated legend. Here, experts shed some more insight:

The history of Leap Year proposals.

Perhaps it’s the luck of the Irish that encourages marriage proposals. Either way, it’s Irish folklore that started the tradition. As wedding expert and owner of Arden Photography, Arden Upton explains, hundreds of years ago, an Irish nun named St. Brigid asked for women’s permission to propose from the Irish patron saint, St. Patrick. She made her case, they bartered, and eventually, St. Patrick agreed to allow females the right to propose—but only on one day, every four years: February 29. Following the agreement, St. Brigid asked St. Patrick to marry her—but he declined. (But gave her a silk gown to soften the rejection, as one does.)

How common are they?

It’s tough to explain how common these proposals are, considering they only come around every four years. Kylie Carlson, the owner of The Wedding Academy says proposing on leap year is a lot like choosing a wedding date that’s rare—say November 11, 2011, as an example. “The novelty and sentimentality of the date make it an obvious contender for those looking to pop the question on a leap year. Plus, your engagement date will be relatively creative compared to others,” she explains.

Definitely. Just ask Severine Ferrari, founder of Engagement 101 and the Propose Too Initiative, an organization encouraging a gender role reversal with proposals. She chronicles women who asked men to marry them via Instagram, often telling inspiring stories of female-led romance. As the name suggests, the hope is to flip the script on these societal norms—and not only on Leap Year. With decades of experience in the wedding industry, Ferrari has watched this trend take off—and she believes it’s only going to grow more prevalent. “Gender roles are evolving and we have seen more and more women proposing to their boyfriends in the last couple of years,” she continues. “We expect Feb 29 to be major this year. Since the beginning of 2020, we have already received a higher number of reverse proposal stories to share with our Propose Too community compared to 2019.”

Tips for your own proposal.

As gender roles continue to shift, couples decide to pay for their own weddings and other traditions are turned upside down, who proposes really doesn't matter anymore—Leap Year or not. If you’re ready to get engaged and the folklore of a Leap Year proposal still intrigues you, you may as well choose the date for its sentimentality and specialness above all. Though every duo will decide how to approach this time in their life differently, these tips can help you pull off your own proposal on February 29…or really anytime it feels right.

Give a band—or another piece of jewelry.

Upton says men do not tend to receive an engagement band when accepting a proposal. There are some exceptions when a male decides to also wear a ring to signify they're engaged (like Ed Sheeran) but other times, dudes will sport a different type of token. “If you want to propose to your partner, consider a unique or classic gift for them to materially hold on to as a signifier for an engagement band. That item can be anywhere from a watch, jewelry, or a gift you feel is personal to their character,” she recommends.

Make it personal and special.

Upton says your partner will appreciate an intimate approach, too. “Create an environment that is private, yet personal, to the two of you. If you are not one for a crowd, this idea is ideal and will allow you and your partner to fully enjoy and breathe in the moment,” she explains. “This could be at a place that is significant to you guys or a setup space to provide the comfort yet personability you desire.”

They already got down on one knee—and you said (or screamed or cried through tears), ‘yes!’ The concept of Leap Year proposal is making you want to return the gesture, and pop the question yourself. A double-proposal is a common trend, where both partners plan separate experiences. Carlson says it’s worth mapping out your own grand proclamation of love, even if you’re technically already on the runway to the altar. “Some who are already engaged will actually plan out a proposal for their soon-to-be spouse on leap year, that way everyone gets a nice surprise," she continues. We’ve seen people turn the tables and purchase their partner a ring as well, with a beautiful setting in mind to reciprocate the process of creating a special day.”

13 Things to Do for the Perfect Marriage Proposal