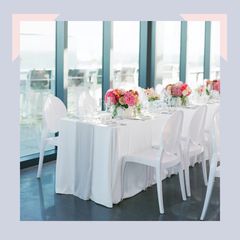 Who Traditionally Pays for the Bridal Shower? 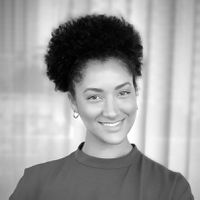 Raven McMillan
Raven McMillan is a former PR and marketing director who has worked with luxury hospitality clients around the world. She is currently working as a freelance creative in the tech and travel industry with a focus on writing and graphic design.
Brides's Editorial Guidelines

One of the most exciting things about getting married (next to spending eternity with the love of your life) is the string of celebrations that follow the ring—including the bridal shower. Parents may already be chipping in (or entirely paying) for the wedding, the couple likely has the honeymoon covered, and the bridal party is responsible for plotting a killer bach party. So, who traditionally pays for the bridal shower? We surveyed etiquette and event planning experts to find out.

Though modern couples often skirt tradition, the custom of the bridal shower is a throwback to times in which the bride’s family would have a trousseau or hope chest of items to help the young couple establish their new household. Etiquette consultant Jodi RR Smith of Mannersmith explains that back in the day, the bride’s friends and neighbors would host a shower to supplement what the family could not provide.

Therefore, and according to tradition, the bridal shower was not likely hosted by the immediate family, as it would be seen as a gift-grab. Instead, she says the shower is typically hosted by aunts, cousins, and/or friends of the bride.

These days, couples are leaning away from tradition into whatever feels right for them, their families, or their friends. According to AJ Williams, founder and creative director of AJ Events, the responsibility of hosting and paying for the bridal shower these days tends to fall on the maid of honor and bridal party, though she has seen an increase in the number of bridal showers handled by a male best friend or a close friend of the couple who's not in the wedding party. While the maid of honor may take on the lead and a majority of the costs, it’s also becoming quite common for bridesmaids and even the mother-of-the-bride to chip in depending on who can afford what.

While “bride” and “bridal shower” commonly refer to those who identify as female, it is perfectly polite and encouraged to shower any individual about to wed, even the groom.

How Much Does a Bridal Shower Cost?

Long story, short: it depends. Similar to the wedding itself, the biggest costs associated with a bridal shower are going to be the catering and the venue (if not hosted at someone’s home). And with that, the larger the guest count, the larger the cost will be. Williams recommends considering alcohol a separate portion of your budget altogether. “Your food budget will vary depending on the type of shower you're doing (a seated brunch versus finger foods versus a light luncheon), but in general, alcohol expenses tend to stay the same,” she says. Most showers will include some bubbly and a variety of light refreshments, no matter what your meal style is.

Jamie Chang, wedding planner and creator of Passport to Joy, encourages the host to be mindful of unexpected costs that can creep into your budget as well. If you're having the shower catered or at a restaurant, taxes and tips are commonly left out of the budget. The host should also plan for expenses like decor, flowers, favors, props or prizes needed for games, and invitations. And while Chang says games are synonymous with bridal showers, she mentions you can easily forget to budget for not only the cost of the items for the games itself but also for any prizes given to the winners.

Tips to Save Money on a Bridal Shower

Our experts share where and how you can save when budgeting for a bridal shower.

If you’re planning a bridal shower, chances are you know the guest of honor fairly well, but it’s important to really know how they would want their shower to look and feel. Chang notes you may find out that many of the activities and expenses associated with a traditional bridal shower do not apply. Perhaps, they don't care for games or inviting lots of people and instead want to have a meal with their closest friends at their favorite restaurant or a picnic at the beach. Chang advises that understanding what your bride likes can completely change what the shower, and in turn, your budget, looks like—for better or worse!

Those planning an event often get caught up in the experience they think people are anticipating, says Keith Willard of Keith Willard Events. Thinking you need an Instagram wall or a bottomless Bloody Mary station will quickly blow your budget out of the water. Most people come to an event with a very basic bottom line: “I’m going to be fed and, hopefully, they will give us wine.” Start there, Willard says, and don’t "What if?" yourself to death.

For brunch, he recommends the basics: eggs, bacon, or a protein of some sort, some breakfast bread, and juices. For lunch, a salad with a protein followed by sweet bites is perfectly sufficient. Throw in a bottle of wine or two or a welcome glass of Champagne, and that should do the trick. If, and only if you have additional funds, go ahead and add on that Bloody Mary bar!

Floral centerpieces are always appropriate, but Willard warns that the cost between an orchid and hydrangea is dramatically different, so it pays to know what you’re asking for. Hydrangeas, for example, are usually very affordable and provide both beauty and volume. Candles are also a great way to elevate the ambiance without having to spend a lot of money—even in daylight, a flickering candle will provide visual warmth that can make all the difference in your decor.

Most hotels and event spaces often provide 72-inch rounds, which is a lot of space to decorate. When a table has a lot of white space, it can look sparse and come across cheap, Willard says. By going with a smaller table size, you can get away with a smaller centerpiece, and it costs a lot less to decorate it. The same goes for the venue or location in which you host the shower.

What Is a Bridal Shower: Planning & Etiquette Advice
more in