Everything You Need to Know About "Breadcrumbing", According to a Relationships Expert

Look out for these four warning signs. 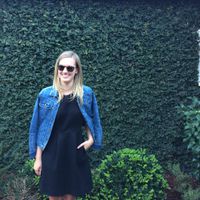 Megan Beauchamp is a Los Angeles-based writer and editor with over seven years of experience in digital publishing in the home interior and lifestyle space. In addition to MyDomaine, her work has appeared on House Beautiful, Hunker, Bustle, Brit + Co, and more.

You've probably heard of "ghosting" and "gaslighting"—two dating terms in the mainstream lexicon due to the prevalence of dating apps like Tinder and Bumble. But what about "breadcrumbing?" To gain insight into the latest phenomenon in modern dating, we asked Kelly Campbell, Ph.D., an associate professor of psychology and human development at California State University, San Bernardino, to weigh in.

Kelly Campbell, Ph.D., is a Professor of Psychology at California State University, San Bernardino. Her research examines instant connections among friends and romantic partners, how being in love helps and/or hinders performance across domains (e.g., athletics, creativity), infidelity, and catfishing (online romantic deception).

According to Campbell, breadcrumbing "is leading someone on romantically using online or electronic forums (think: social media or texting) to keep someone's interest in you, even if you never intend to become romantically involved with them." It's essentially an emotionally manipulative tactic designed to make someone dependent on you (or vice versa, depending on the relationship dynamic).

"Breadcrumbing" is the act of sending out flirtatious, but non-committal social signals (i.e. "breadcrumbs") in order to lure a romantic partner in without expending much effort. In other words, it's leading someone on.

Ahead Campbell breaks down the psychology behind breadcrumbing in relationships, including the red flags to watch out for, the reasoning behind the manipulative behavior, and how to navigate the next steps.

According to Campbell, people engage in breadcrumbing "because their self-esteem is impacted by how much attention they can secure from others." Although the exact reasons for the behavior vary, there are a few psychological patterns she points to as to why people do it.

First and foremost, "the solution is to work on yourself," says Campbell. Augment your self-esteem by engaging in activities that you excel at and by treating yourself kindly. "Engage in self-care, use positive self-talk," Campbell advises.

Taking care of your own well-being is an important step in boosting your self-esteem, according to Campbell. "You set the example for how others should treat you, so don't tolerate poor treatment," she explains. "You deserve someone who is willing to give you the same amount of attention you are willing to invest."