What Is a Hope Chest and What Does It Represent? 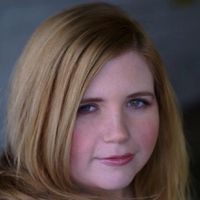 Robin Raven
Robin Raven has been a professional journalist for over a decade. She has written for publications including Forbes, The Washington Post, HuffPost, Reader's Digest, and USA Today.
Brides's Editorial Guidelines
Fact checked by
Cherisse Harris

The History and Meaning of the Hope Chest What Goes in a Hope Chest?
Hope Chest FAQs How to Create Your Own Hope Chest

Traditions play a vital role in most weddings. From well-established traditions like a tiered wedding cake to more personal ones such as the couple’s vows, they help bring a sense of history, comfort, and security to a wedding. Hope chests have been a part of core wedding traditions for centuries.

What Is a Hope Chest?

A hope chest is traditionally gifted to the oldest daughter in a family as a way to collect special items to store until she’s married. The hope chest has also been called a glory box, a dowry chest, and a bridal trousseau.

The items were typically household necessities and luxuries that would be utilized in the home the young woman would someday share with her husband. In other words, a hope chest was a way for young ladies to prepare for the practicalities of marriage. Just as the father walking a bride down the aisle once had sexist connotations, so did the hope chest. However, it now represents hopes for a bright future full of love for many brides.

Ahead, learn more about the history and meaning of hope chests straight from the experts.

The History and Meaning of the Hope Chest

According to Kylie Carlson, the owner of The Wedding Academy, hope chests originated in 15th-century Renaissance Italy, with many of the chests often decorated ornately. Unmarried women used hope chests to store valuable things and “save up” for the marriage they dreamed of having someday. Hope chests were then were brought to the US in the 1900s by European immigrants.

Margaux Fraise, wedding planner and the owner of Harmony Creative Studio, explains that a bride was expected to have the essential things she would need to begin housekeeping in her marital home. Items in the hope chest traditionally included dishes, sheets, clothes, cooking accessories, and other household necessities. At the time when hope chests rose to popularity and for many decades afterward, a bride would be responsible for many household duties, so she brought what she would need with her.

A hope chest was referred to as a “trousseau” until it started to be known as a hope chest in the mid-20th century. It was then that Lane Furniture Company made and marketed the hope chest as a tangible keepsake and status symbol that families could buy for young girls. Fraise says these chests were lined with cedar and finely made.

Everything You Need to Know About Bridal Trousseaus

What Goes in a Hope Chest?

Carlson says that the contents of a hope chest were originally supplied by the mother of the soon-to-be bride. Mothers sometimes give daughter family heirlooms and precious, personalized gifts as part of the tradition. The process of filling a hope chest was a fun bonding activity between the mother and daughter, one that’s still very much cherished today. “Women of the silent generation often bought yardage and sewed the sheets, tea towels, and clothes themselves, rather than buying and collecting items,” declares Fraise.

The 1944 edition of Emily Post’s Etiquette defined the trousseau as “the prettiest possible assortment of lace-trimmed lingerie, tea gowns, bed sacques, pajamas, or whatever may be thought essentially becoming.” Hope chests started housing private house clothes meant for the husband’s eyes only.

Ricki Lewis, who helps brides plan their weddings with her company Special Event Genie, recommends these items for a hope chest: veil, honeymoon lingerie and wardrobe, set of linens (two napkins and a tablecloth), china & flatware for the married couple’s dinners together in their new home, one set of cookware, one set of sheets, a blanket, one set of towels, and any valuable antique items from ancestors that can fit inside. Lewis adds that, in keeping with bridal tradition, something old, something, new, something borrowed and something blue should also be placed in the chest.

What’s inside a hope chest has continued to evolve through the years. These days, anything goes, but the contents should always be something that the bride can enjoy within her new marriage.

Can a bride start a hope chest when she gets engaged?

Brides can start their own hope chest at any point before her wedding, and they can do it their own way. Collecting special, sentimental things can be a way to commemorate this unique time in one’s life. Amy Vanderbilt’s Etiquette declared in 1952 that a girl who wants a hope chest is more likely to consider one when she gets engaged. That has continued to prove true in the decades since this new trend started.

Who buys the hope chest?

Parents traditionally bought the hope chest for their daughters. Nowadays, it’s also acceptable for young women to buy their own hope chest, and sometimes family or friends gift one to the bride-to-be after she announces her engagement.

Who purchases the items for the hope chest?

If you want to follow tradition, Carson says that the person giving the items will be the mother of the bride. That said, with modern takes on the hope chest, it’s perfectly acceptable for the person getting married to purchase their own items to store until after the big day. There’s no right or wrong answer.

Does a hope chest play a part in the actual wedding?

Some modern couples enjoy having their hope chest at the wedding. Carson explains, “A hope chest is usually saved for opening after the wedding, but in making the tradition their own, we’ve seen couples replace their guest book and/or card box at their wedding with a hope chest for guests to drop special gifts in! This is completely up to you and how private you’d like the chest to be.”

When are items from the hope chest typically used?

The hope chest is created for use after the wedding. As the couple settles into their shared home, they can then reveal the treasures in the hope chest and implement them as part of their day-to-day lives.

How to Create Your Own Hope Chest

Attain a cedar chest for your hope chest if you’d like to stick to tradition, otherwise, Lewis recommends using a special chest of drawers. Then let all your guests at the bridal shower know you are placing their special gifts inside the hope chest. They will feel honored knowing you are doing this and following a vintage tradition.

Also, enlist the help of your parents, if possible, and go through the things you loved throughout your childhood, Carlson suggests. Nostalgic items like handwritten family recipes, holiday decorations, and games you’d like to play with your future spouse are good options.

“Another way to modernize the tradition is to request that important people in your life contribute to the hope chest in some way rather than compiling things yourself,” says Carlson. “Friends and family can really get creative with this, and it makes for a better gift than simply sending a card or something from a registry!”

Like nearly all wedding traditions, the hope chest is not a one-size-fits-all part of a bride’s wedding preparations. For a fresh, modern take, sign up for one or more bridal registries. They can be considered a revamped version of hope chests since registries include a lot of the stuff that used to be compiled over years in a hope chest. This way, it comes in packages from loved ones one piece at a time.

The couple can also both participate in bringing time-honored traditions and mementos from their youth into the marriage. While they may not put them in a cedar chest, there can be a sense of history and family legacy when bringing these prized possessions together to enjoy and celebrate as a couple.

10 Surprising Facts About Wedding Traditions and Where They Came From