What Do Couples Argue About the Most? 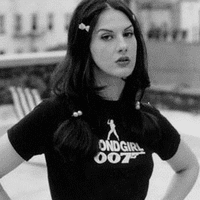 All couples argue. Sometimes it's about storied problems like sex and money and other times the dialogue surrounds more contemporary battles like use of social media, partying habits, and well, just how to spend each other’s spare time. But here’s the thing that we may forget in the heat of the moment: all happy couples argue about something, too. So the secret is not so much what you argue about, but how you argue about it. How happy you are as a couple depends on how you resolve the conflicts, get over them, and move on back to the good times.

"Constructive conflict isn't necessarily a bad thing, and some fighting is both inevitable and healthy, if it helps couples air out and resolve issues," says interpersonal relationship expert Amie M. Gordon, Ph.D. "Avoiding conflict and suppressing your thoughts and feelings can be problematic as well."

Amie M. Gordon, Ph.D., is an Assistant Professor at the University of Michigan, Ann Arbor, where her research is focused on how relationships are shaped. She is also the Lab Director of WHIRLab: The Well-being, Health, and Interpersonal Relationships Lab.

Ready to learn how to fight fair? Read on for the full breakdown.

Money is widely assumed to be the most common topic of controversy between couples. So it was quite a surprise to learn that the numbers don't support this. A 2009 study, where 100 couples reported on conflicts over a 15-day period, actually showed that money only accounted for 19 percent of the conflicts. So why does money get such a bad rap? Most likely because it's so closely tied to feelings of personal power and autonomy. If you are fighting about one of you spending too much money and the other one being too tight, sit down together and go over the household finances, see how much you are spending, and agree to compromise. The more you hide the worse it gets. Be transparent with each other and there will naturally be less to argue about.

The 2009 study also dismantled the popular notion of high sexual discord between couples by reporting only eight percent of conflicts being tied to intimacy. One reason partners don’t want to have sex with each other is because they're angry with the other. If something is bothering you in your sex life, bring it up without hurting the other person’s feelings. If for instance, if you and your partner are sexually incompatible, you don’t want to approach the topic in a way that could lead to embarrassment. (Doing so could potentially make matters worse.) First get to know your own sexuality, likes, and dislikes and then start the dialogue with your partner from a place of openness—not blame. Conversations around sex and intimacy can be some of the most uncomfortable to have, but you'll find that doing so compassionately will help you move toward a more satisfying sexual relationship.

One of the most common arguments couples have is about household chores. This may feel seemingly unimportant compared to all the sensationalism of sex and money, but the same 2009 study reported that a whopping 25 percent of conflicts were about household tasks (as much as arguments about sex and money combined). Open and honest dialogue is the path to finding the right rhythm and structure in balancing the work. Sharing your emotions, as vulnerable as it may be, is often much more proactive than pointing fingers which often just causes the other person to shut down and assume a defensive position. The results could be well worth the effort: One study found that heterosexual couples felt more “sexually satisfied” when the man helped out with the housework. Seems like this could solve more areas of conflict than one. Though, as with all things in life, the simple act of showing appreciation can move mountains. "I have a new paper coming out showing that people tend to be less satisfied with their relationships when they do more of the household labor, but that feeling appreciated by their partner buffers against this negative effect," says Gordon. "So people who feel they do more, even if they see it as unfair, aren't less satisfied than those who do less if they feel appreciated by their partners."

Nothing (or the Little Things)

What people consider to be "nothing" is entirely subjective. It's also exactly why so many of us can immediately recall a fight with a significant other over a topic they perceived as nothing and we considered to be very much something. Whether it's annoying behaviors like leaving cabinets open, qualms around social media usage, or that one friend whose vibes just seem off, these little things often compound in big ways. The best way to talk them out is finding the right balance. Know when to say something and when to pick your battles, but don't ever let something fester until it turns into an explosive reaction. If you find yourself constantly repeating the same cycle, reconsider what you're actually fighting about and get to the root of the problem.

How Often Do Couples Fight (How Often Should You Fight)

"When I run one to two-week studies where people report on their conflict every day, the average tends to be pretty low, with most people reporting low levels of conflict," notes Gordon. Though she goes on to explain that variability exists as a result of how people define conflict, and subsequently how they report it. "Some people might feel like any difference of opinion is a fight, others might think you have to be yelling to be fighting," she adds. "I bet even two partners in the same relationship might disagree sometimes about whether what they had was a fight."

But if constructive fighting can be beneficial to a relationship, how much should you be fighting with your partner? The answer may be a bit unsatisfying to hear, as there really is no right answer for every couple. Providing a specific number would be discounting the many personal variabilities that each individual brings to their own relationship. "In my own research on conflict and feeling understood, we found that people who report fighting more tend to be less satisfied in their relationships, but that this effect goes away if people report feeling understood by their partner," says Gordon. "So it seems to be less about how often you fight and more about how well you fight."

How to Fight Fair In Your Relationship

Arguments can lead to stronger and healthier relationships if lovingly resolved. The problem is that many couples get stuck in a pattern of communication that merely becomes cyclical. In this case, repetition may not be the agent of change that you seek but could instead be laying the groundwork for resentment to build. The only way to resolve any kind of conflict is by discussing it fairly, try these tips to save you from yet another screaming match:

The Most Common Marriage Problems Faced By Couples
Article Sources
Brides takes every opportunity to use high-quality sources, including peer-reviewed studies, to support the facts within our articles. Read our editorial guidelines to learn more about how we keep our content accurate, reliable and trustworthy.