The Duke of Hastings Is Leaving Bridgerton, and We Are Devastated

Lady Whistledown would not approve. 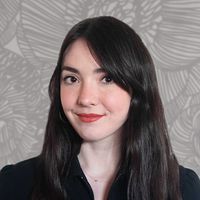 Madeline Hirsch
Madeline has been with Byrdie & Brides since 2021. Most recently, she lead social media at Glamour magazine where she covered pop culture, beauty, and fashion.
Brides's Editorial Guidelines

Regé-Jean Page, who shot to fame playing Simon in the Netflix juggernaut Bridgerton, is leaving the show. This means the Duke of Hastings will not appear in the second season, which will instead focus on the love story of Viscount Anthony Bridgerton, played by Jonathan Bailey.

Shondaland shared the development straight from the desk of Lady Whistledown herself with a brief statement. “Dear Readers, while all eyes turn to Lord Anthony Bridgerton’s quest to find a Viscountess, we bid adieu to Regé-Jean Page, who so triumphantly played the Duke of Hastings,” they wrote. “We’ll miss Simon’s presence onscreen, but he will always be a part of the Bridgerton family. Daphne will remain a devoted wife and sister, helping her brother navigate the upcoming social season and what it has to offer – more intrigue and romance than my readers may be able to bear.”

However, as fans of the book series know, Simon and Daphne's love story was told in full with by close of the first season. As Regé-Jean shared with Variety, the one-season storyline was part of why he took the job. “It’s a one-season arc. It’s going to have a beginning, middle, end – give us a year,” he shared. “[I thought] ‘That’s interesting,’ because then it felt like a limited series. I get to come in, I get to contribute my bit and then the Bridgerton family rolls on.”

The actor responded to the news on, writing on Twitter, “Pleasure and a privilege! An honour to be a member of the family - on and off screen, cast, crew and incredible fans - the love is real and will just keep growing."

The only question left to answer: will you be tuning in to the show's second season? Even without the Duke of Hastings, knowing Shonda Rhimes, there's probably plenty of bodice-ripping drama yet to come.