The Best Age Difference in Relationships for Success

A study found that a zero to three year age gap might be best. 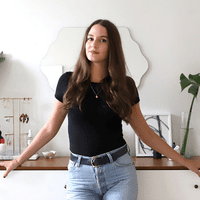 When you begin dating someone new, there's a wide range of things you probably consider to determine compatibilities, such as values, attraction, personality, and interests. But there's one thing you may not have taken into consideration that's worth giving a little thought to: your age gap. While it's true that a relationship age gap of 10 years or more can increase your chances of having marital problems, is there an ideal age gap for setting yourself up for success in the relationship department? As it turns out, science tells us there is an ideal age difference in a relationship that can increase your chances for everlasting love, and it's a lot smaller than you might have thought.

Whether you're still on the market or you've already found "the one," you likely already know that there's no exact recipe for a successful relationship. A happy, healthy relationship is dictated by the people in it, and there are many factors that contribute to its long-term success. We all know that the best things in life don't come without putting in a little work, and love is no exception.

Here, we explain the ideal age gap for long-term happiness, but also share why you shouldn't let it scare you.

The Ideal Age Gap in Relationships

According to a study in the Journal of Population Economics, marital satisfaction decreases more significantly in couples with a larger age gap compared to couples with more similar ages.

It's also worth noting that, on average, both men and women showed greater levels of marital satisfaction when married to younger partners than those with partners older than them, regardless of the age gap. However, that initial higher satisfaction seemed to dissipate after six to 10 years of marriage.

The Counterpoint to Consider

Bear in mind that these statistics simply try to identify and analyze relationship patterns, not create them. Also, the sample size was relatively small with only 3,374 couples studied. With all things in life, there are always going to be exceptions to the rule.

Rather, studies like these simply lend legitimacy to the idea that the age difference in relationships can also equate to significant differences in interests, lifestyle, and long-term goals between partners. Happiness among couples with various age differences has been the subject of several studies over the years, and the findings vary vastly depending on outside factors that are difficult to account for.

Making it work is really about having enough in common to bond, enough difference to learn from each other, and similar views on partnerships.

None of this is to say that you should swipe left on someone who you think you might connect with because they might be four, seven, or 10 years older than you. But if you're having problems connecting on shared interests in your relationship and you have a considerable age gap between you, you might want to examine if that will impact your long-term potential.

This Is the Average Length of a Relationship Before Marriage

What to Ask Before Committing

If you've found someone you really click with, it's understandable that you'd be hesitant to break things off simply because of the difference in your age. After all, maturity is relative and can be measured in more than just years. "Making it work is really about having enough in common to bond, enough difference to learn from each other, and similar views on partnerships," says journalist and author Jenna Birch. But before you make any major decisions, try answering these questions to make sure you and your partner are on the same page in as many ways as possible.

Ultimately, like with any healthy relationship, being open and honest with each other is the best way to prepare for future discord. Focus on ways to prevent the difference in your ages from creating a divide between you, and recognize that you may be at different stages of your life at any given time, and that's okay. Mutual respect and open communication will go a long way in bridging any gap.

Are You Ready to Have a Serious Relationship?
Article Sources
Brides takes every opportunity to use high-quality sources, including peer-reviewed studies, to support the facts within our articles. Read our editorial guidelines to learn more about how we keep our content accurate, reliable and trustworthy.