The Things We Do for Love... 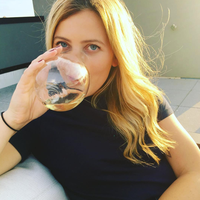 While Game of Thrones continues to be as unpredictable as ever as we approach the season 7 finale this weekend (WTF, only seven episodes?!), one thing remains as certain as a Lannister paying his debts: Westerosi weddings rarely end well. So far, we've had one evil dragon baby death, one poisoning, two mass murders, one suicide, and one incredibly disturbing sexual assault. Regardless of the carnage that seems to follow shortly behind every nuptial, the suspense built by each potential coupling and planned wedding makes for some damn good TV (it's no wonder it's the world's most popular show and breaks Emmy-winning records).

Before we chronicle Game of Thrones's timeline of ill-fated weddings, we have a few questions: Will Sam and Gilly ever make it official? Will Little Finger finally finagle his way into Sansa's heart (please, Lord of Light, no!)? Will Euron Greyjoy wade through fire and blood into Cersei's incestuous arms? Will Grey Worm and Missandei follow up their epic season 7 sex scene with nuptials? And for the most anticipated will-they-won't-they of them all: Will Jon Snow and Danaerys Targaryen come together in queenly copulation (we're weirdly in favor, despite the whole, being related via a secret Stark-Targaryen union back in the day, thing...)?

Here's hoping Sunday's GoT finale has some answers (doubtful). But regardless of who marries who, in the world of thrones, one thing remains true: valar morghulis, bitches.

In terms of relationships, Daenerys and Drogo's is one that actually ended up with a loving and equal partnership—that is, until Dany tries to save Drogo with witchcraft, he goes catatonic, and her baby comes out scaly, deformed, and dead. Cool, cool.

The actual wedding between the Targaryen princess and Dothraki king was built on the "barbaric splendor" of 40,000 drunk and disorderly scythe-wielding tribesmen (“A Dothraki wedding without at least three deaths is considered a dull affair,” as they say), a woman forcibly wed/sold to a husband who doesn't speak the same language or follow the same customs as her, and a power-crazed creepo brother. Not bad for season 1, ep 1. At least Dany gets a few moments of happiness with her sun and stars before her fate is realized.

Ok, so this wedding technically doesn't end in immediate bloodshed; however, it is the catalyst for the infamous Red Wedding to follow. Held in secret in the forest by seductive torchlight, Robb marries Talisa despite being promised to one of the Frey sisters—did he really think he could get away with marrying for love?! Pshh...nah, not gonna happen.

Arguably one of the more intensely violent moments in the show's history, the Red Wedding needs no introduction. Robb is stabbed through the heart and then decapitated. Talisa is murdered as her swollen pregnant belly is stabbed multiple times. Catelyn's throat is slit. The rest of the Stark bannermen are slaughtered. The End.

After Joffrey shoves Sansa aside for Margaery Tyrell, Tyrion finds himself being forced to wed Ms. Stark. Thankfully, Tyrion is a good dude, gets super drunk at the wedding, and doesn't partake in the "bedding ceremony," despite Joffrey being just the worst as usual and taunting/humiliating both Sansa and his uncle. He gets what's comin' to him, just you wait.

All pomp and circumstance, this one, fully decked out with multi-course feasts, jousting dwarfs, a dancing bear, pyromancers, and a musical cameo from Sigur Rós. Yet, the lavish gold-leaf reception turns sour—literally—as Joffrey's face puckers and purples with poison as he takes his final labored breaths in front of the entire crowd. Finally! His death is just so so satisfying.

In her quest to become THE queen, Margaery bounces back from Joffrey's death with aplomb, wooing and quietly seducing the littlest Lannister. To Cersei's dismay, Tommen insists on making Marg his queen, and the pair is actually quite sweet together. Ok, so Margaery is on the uncomfortable side of "older woman" when it comes to their age difference, and really only marrying him for political capital, but her heart's in the right place...kinda. That said, she should know better than to bait the Queen Mother at this point. And, surprise, surprise—she (and her brother and father) is set aflame in the Great Sept of Baelor by wildfire in a rather genius, if not completely maniacal, scheme courtesy of Cersei. Joke's on her though—after learning of the explosion and his queen's demise at the hands of his mother dearest, Tommen promptly jumps (well, more like bellyflops) out the window of the Red Keep to his death. #sad

This one's a real bummer. At this point, Sansa has watched her father's beheading, been forced to betray her brother, held hostage in King's Landing by a sadistic baby king and his equally ruthless mother, forced into marriage, accused of killing Joffrey, smuggled to the Eyrie to "safety" and then subsequently hit on by Lord Baelish (her supposed protector) and almost killed by her aunt, and finally, sold off by Little Finger to the psychopathic Ramsay Bolton, who proceeds to brutally rape her on the night of their wedding. It's horrific, to say the least. Thankfully, shortly after that fateful wedding night, Sansa escapes and is finally able to shed her shackles and come into the badassery she was meant for in season 7.

21 Game of Thrones Wedding Ideas to Rule Them All