Real Couples Reveal What Happened on Their Wedding Night 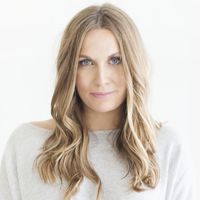 Is the wedding night really all it's cracked up to be? With statistics showing that anywhere from 25% to 52% of couples don't even get around to having sex, we figured we ought to find out what they're doing instead.

Here are seven true tales from brides and grooms of how their big night actually went down.

Spent the Night in the Hospital Instead

"At our reception, my husband decided to do the worm on the dance floor. About 20 minutes later, my best friend found me and frantically said, 'Do you know your husband is bleeding to death in the kitchen?' I ran into the kitchen area outside the main ballroom and found my husband and my dad's cousin trying to stop the blood spurting from my husband's chin with paper towels. While doing the worm, my husband accidentally slammed his chin into the dance floor before his chest and split his chin open. My husband, who looked very green from all the blood running down his tuxedo, said he needed a drink of water. Because it was close to the end of the reception and the bar was closed, I searched everywhere for a bottle of water. When I finally found one and ran back to the kitchen, my husband was gone. I thought I'd find him in the back of an ambulance, but instead, I found him back on the dance floor with a butterfly bandage over his chin being body passed by his friends. After the reception, we headed to the hospital for stitches, which is where we spent the night!" — Rebecca, 39

"I got super drunk at my wedding and passed out on my wedding night. We had planned an after-party in our suite so there were 10 to 15 people over partying while I slept. They ordered pizza and I was told people were jumping up and down on my bed trying to wake me. I didn't know any of that happened, and I had the worst hangover the next day. We had to be up at 6 a.m. to take a plane to Maui, Hawaii for our honeymoon. It was horrendous." — Damon, 35

Too Tired to Even Talk

I had to sleep for the better part of three days to recover.

"I had expected my wedding night to be this crazy time, up all night, the works. We got into a hot bath and I don't think I could carry a conversation. All I could think about was how tired and hungry I felt, so we ordered pizza. While we waited, we watched The Wedding Singer—and I passed out. Not a light sleep, out cold. My husband had to shake me awake to eat before I passed out again. I did not know I would be so tired. I had to sleep for the better part of three days to recover." — Leah, 27

"I asked my best man and his parents to help me set up the hotel room. When we entered there were rose petals on the floor leading to the refrigerator and the bed. At the fridge were chocolate covered strawberries. The petals leading to the bed showed that the bed was also decorated with a rose petal heart as well as LED flickering candles, which added to the romantic feel. My wife loved it! She was surprised because she didn't think I could have had time to do it. She also said it was the most romantic thing anyone had ever done for her." — Andrew, 27

Determined to Do the Deed

"I made it a point to make sure we had sex on our wedding night. Even though we partied until 2 a.m. on our wedding night and we were completely exhausted (and a bit drunk), we still did the deed as newlyweds. The funny thing is, I had this sexy, intricately strappy lingerie outfit I planned on wearing, but I ditched that plan and my husband didn't blame me one bit." — Jenna, 26

"Let's just say my aunt walked in on us! She thought we were at our own after-party and made the hotel staff open the door. We obviously didn't answer and froze to make her go away. Then in she comes with two other people with all of our gifts! We were mortified and started yelling at them to go away. Mood killed. No after-party after that. And nothing else either.... except sleep." — Lauren, 26

"Leading up to our wedding, my recently married friends kept reminding us to enjoy ourselves, because not only is the night short, but it's also really expensive. So we did; we got wasted. My wife completely forgot about her father-daughter dance. Plus she slept on the bus ride from the venue to the hotel. When we retired for the night she cried because she didn't remember much from the night. It was kinda funny." — Mark, 31

Tips for Losing Your Virginity on Your Wedding Night
Article Sources
Brides takes every opportunity to use high-quality sources, including peer-reviewed studies, to support the facts within our articles. Read our editorial guidelines to learn more about how we keep our content accurate, reliable and trustworthy.