Is Cutting out Sex Before the Wedding Really Worth It? 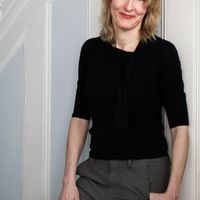 The longer you wait, the better it is—or is it? The theory goes that if you willingly stop having sex with your significant other for a short period of time (say a few weeks to a few months) before you tie the knot, the more you'll want to do it and the sexier it'll be come the wedding night. It makes sense, especially since we all want what we can't have, particularly after having been denied it for a while. In case you're considering holding out for the big night, we asked a number of married women to reveal whether or not the wait was worth it.

"We didn't have sex for two months until the wedding, and it was definitely worth it! I just decided it was easier not to have to worry about if we had done it or not, and with so much going on and all the stress of planning, I was tired anyway so it was a win-win for me. It made the wedding night extra special! We had lived together for three years previously so I wanted something to look forward to." —Katie*

"We stopped a couple of weeks before the big day not because we're religious or anything, but just because we thought it would up the ante a little bit. And it was perfect! I had been taking birth control, which really killed my sex drive, and I wound up stopping that about a month prior to getting married too. It was nice to actually want to have sex on my wedding night, as opposed to being sort of indifferent about it." —Colby*

"We stopped having sex for the last five months leading up to the wedding. My now-husband went along with it at the time, but afterward, he told me he thought it was the worst idea ever. Go figure! I think we both really enjoyed ourselves on the wedding night though. It was special for me and long-overdue relief for him." —Jana*

"My husband and I briefly considered the idea then quickly squashed it. However, I have a friend that went without sex for six months and when I asked her about the wedding night, she told me it was over in a couple minutes. I also remember her and her hubby being super grumpy and not just from all the planning during that time!" —Nathalie*

"We tried to do this before the wedding, and it definitely didn't work for long! The wedding night was still special since it was our first official time 'doing it' as husband and wife." —Meghan*

"For reasons other than just making it special, we decided to hold off for a couple of months pre-wedding. It wasn't easy for me (or him), but married sex is amazing! You'll enjoy your wedding night either way in my opinion." —Tinisa*

*Names have been changed