What Is a Monogamy Agreement?

Remember that it's an agreement—not a contract. 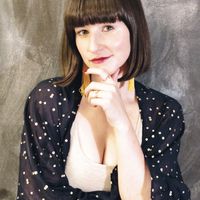 When it comes to marriage and long-term relationships, we often default to the expectation that monogamy is implicitly agreed upon. But it’s more than just monogamy that we’re agreeing to: with monogamy, we're agreeing to everything a relationship comes with, from arguments to changes in sex drive.

What Is a Monogamy Agreement?

A monogamy agreement is an agreement made between two people to spend their lives together. It’s a contract, one that can be negotiated and renegotiated as we change, both as individuals and as a couple.

Monogamy is often equated with wedding vows, with “until death do us part”—and that’s it; no room for discussion or a reinterpretation. But if you don’t like what you agreed upon 10, 15, or 20 years later, do you have to end your partnership? This is where the monogamy agreement can help couples grow together over time. Here is what you need to know, straight from a relationship expert.

How to Know If an Open Marriage Is Right for You

What Does It Mean to Have a Monogamy Agreement?

A monogamy agreement is the explicit, spelled-out contract of your relationship. You do not simply agree to a commitment to one person. Instead, you're discussing the nuances and situations that will work for both parties in a relationship over time, whether at the beginning of a partnership or years into the relationship.

“There are so many things that we take for granted in relationships, which can lead to resentment and misunderstandings later on," says Lucy Rowett, a certified sex coach, and clinical sexologist. "It’s very useful to be mindful of how you want to approach a relationship, what you want to receive, and how you and your partner communicate.”

Lucy Rowett is a certified sex coach and clinical sexologist.

We Have to Stop Making Assumptions

Many people walk into long-term relationships or marriages assuming they share the same views on what constitutes monogamy. Monogamy agreements are becoming popular because couples are starting to see that instead of making assumptions, we need to come to the table ready to listen and communicate about different, sometimes non-traditional options. For example, not all people define cheating the same way, so it's important to be on the same page about this type of thing.

How Do You Make a Monogamy Agreement?

You want to start with an assessment of your personal values and what is essential to you in a relationship. “Get super clear on what your core values are as a person,” Rowett says. “What is most important to you? How do you show up in the world? This will make any kind of communication within a relationship clearer because you know where you stand.”

Rowett tells us that a monogamy agreement should cover everything from personal values to broader topics like how much you share about your relationship with other people (whether it be your therapist or on social media). Healthy relationships aren’t just built on what constitutes “cheating"—rather, they're built upon everything and anything that makes up a partnership. The point is, it’s a lot to think about and discuss.

Take your time with these discussions! This isn't something that needs to be discussed and written over the course of a day. Both partners should take whatever amount of time they need to think critically about what is important to them, and then bring that to the table when writing the monogamy agreement together.

The Agreement Is Never Set in Stone

A monogamy agreement is never a finite contract, nor will a monogamy agreement look the same for every couple. People change, relationships change, libidos change, and feelings change. You have to be willing to reassess when necessary while being open to those difficult conversations.

“I will always advocate continuous communication and being clear about how you want your relationship to be,” Rowett explains. “You may not want to write it all out, but it is useful to have conversations about it so you know you're both on the same page.”

What to Do If Your Partner Wants an Open Relationship