Exclusive coverage of the Olympian's destination wedding in Mexico, from the never-before-seen photos to the intimate day-of details. 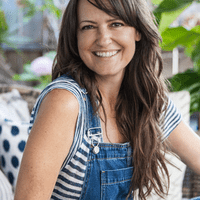 Amy Spencer
Amy Spencer is a journalist and author who has been freelance writing for publications, such as Harper’s Bazaar, InStyle, Women’s Health, Marie Claire, Glamour, and Seventeen, since 2005. She's also the author of three books on happiness and optimism.
Brides's Editorial Guidelines

If the number of weddings one couple has is any indication of how they feel about each other, then Olympic swimmer Michael Phelps, 31, and his longtime love, model and 2010 Miss California USA Nicole Johnson, 31, must be feeling double the love.

The pair, who dated on and off for over eight years, first married in an intimate five-person ceremony in their backyard in Tempe, Arizona, on June 13, then followed that up with a wedding for 50 of their closest friends and family in Cabo San Lucas, Mexico, on October 29. The below photos of their grand destination wedding, captured by Boone Studios, as well as exclusive video footage, by Taylor Chien, depict the romantic seaside celebration.

And they squeezed it all into an already busy year. In May, Nicole gave birth to their first child, son Boomer (who, by the way, has his own beyond-adorbs Instagram page, @boomerrphelps). And in July, Michael competed in his fifth and final Olympics in Rio de Janeiro, Brazil, where he won his record-breaking 23rd gold medal — more than double the gold medals won by any other individual in the history of the Olympics.

As Boomer went down for a nap, the happy couple talked to BRIDES about why they got married now, what made them cry on their big day, and all the day-of details.

What made you guys decide to do multiple weddings?
Nicole: We look at June 13 more like we signed our paperwork. There was...how many of us?
Michael: Five of us. In our backyard.
Nicole: We pretty much got married in sweats and 'jams. When we talk about our wedding, we mean our Cabo wedding in October with our parents, our siblings, our bridal party, and a few people who played an integral part of our relationship while we were together.

What made you choose to do the small paperwork ceremony right before the Olympics?
Nicole: I kept hearing stories about different last names and children and traveling, so we felt it best to change my last name. Boomer’s last name is Phelps legally, and we felt like it would make it easier. And I actually wound up running into issues in Canada anyway! But no one outside of our families knew.

So what is it about you two as a couple that works so well? What made you want to “put rings on it” in the first place?
Nicole: We’ve known each other since 2007, so we’ve gone through good and bad and...
Michael: Ugly...
Nicole: And we’ve supported each other through a lot. We also attempted to get back together in 2013.
Michael: Once, twice...
Nicole: We came back together a few times. In 2013, I said, “You know, you’re not ready for it. You should go have fun.” It always came back to my question of “What if?” with Michael. I could never see myself with anyone else. There’s nobody else that gets me the way that Michael does. We live a healthy, competitive life daily. Every morning when we wake up, whoever says “I love you more” first wins for the day — and we’ve been doing this for a couple of years now.
Michael: And for me, it was “What if I never had a chance to actually tell her how I felt?” The only thing that I could do was just say that, and we got back together. I think we’re both pretty stubborn people at times, [but] we work really well together. We’re joking around constantly. We’ve always seen it as “If it’s meant to be, it’s meant to be.” And I guess it’s meant to be.

Now, Michael, this was obviously a huge year for you: This was your third Olympics, where you won your 23rd gold medal, you had your first child, and you married your longtime love. What are you the most proud of?
Michael: It’s too hard to say one thing, to be honest! Everything I did in the pool was pretty much where I wanted it to be. I wanted to break the world record this year and I didn’t, but to be 31 and win a ton more golds? That was pretty incredible. And being able to truly see what the definition of love is when Boomer was born was pretty cool. And obviously, getting married. It’s been a huge year. We just decided to do everything with a bang and cram it all into a year! It was a hectic couple of months, but looking back, it was a great couple of months.

What was harder, training for the Olympics or dealing with Boomer’s diapers?
Michael: Some of those have not been too fun to change [laughs], but they’re challenging in their own ways. It’s not easy training for the Olympics, but I was truly enjoying it for the first time in a really long time, and that side of it was fairly easy. Boomer is truly — for me, he’s taught me a lot about patience. And Boomer is growing up like no one’s business. It’s insane. And he’s so content now. For things where he used to be fussy, now he’ll sit with me on the couch and not be fussy. He’s developing his own personality.

Nicole, since you did most of the planning, you must have had at least one total freak-out moment at some point.
Michael: One?! [laughs]
Nicole: Mine are like, “There’s way too much going on right now. How am I getting all of this done?”

Nicole, if Michael had been allowed to let loose and change anything about the wedding, what would it have been?
Nicole: I think he would have just not shaved.
Michael: Yeah. I would have had a beard instead of a five o’clock shadow. I’m really lazy about shaving; I haven’t shaved in about five or six weeks. It wasn’t always good for me having a beard since I need to swim as fast as I can. So I don’t have to shave now.

Michael, what were you thinking as you watched Nicole walk down the aisle?
Michael: “Wow, now this is really happening.” I made the joke to a friend of mine, “Well, there’s no turning back now,” and he was like, “Nope, you’re stuck, bro!” But a lot of my friends are really big smart asses, and we enjoy laughing and having fun. [But there was] also a little bit of tears of happiness as well — [that after] everything we’ve been through, we’re finally at that point where we can make promises to each other.

And Boomer was your ring bearer. How did that work?
Nicole: We put [the ring] in one of those little net bags that you have for jewelry. We got one that matched his [Burberry] outfit, and we put that around his wrist, and he was carried down the aisle by [friend and gold-medal swimmer] Allison [Schmitt], our roommate. I think he kind of sucked on the bag a little bit while he was standing up there!

When did each of you get the most nervous?
Nicole: We did a first look before the ceremony, so probably right before seeing him.
Michael: I don’t think I was nervous at all. I was probably the most relaxed person in the room during this whole thing! I think I probably got...not annoyed, but I came into the house with Nicole and I was like, “How many pictures are we taking?!” Like, I’ve been around photographers so long, all my life I always have cameras. So I was like, “How many are we taking?” She was like, “Shut up, you’re gonna appreciate this farther down the road!” [Laughs]

Michael, what did you have the biggest stamp on when it came to planning?
Michael: I had a lot of input on the food. But besides that, Nicole and I are so similar, so I was like, “Honey, do you like it?” There were smaller things where she would ask if I liked this flower or that flower, and I was like, “Yes, no, yes, no” and she would take it from there. But other than that, it was all her.

How was your first dance together?
Nicole: The first dance was really special. It was to “Die a Happy Man,” [which] is something that the three of us would always listen to in the car together. It plays so much significance as to who Michael and I are to each other.

What element of the wedding reflected your personality as couple the most?
Nicole: What was probably the most “us” was when you walked into the cocktail hour, we had mariachi music going and you were greeted by a mini taco and a shot of tequila or a mini bottle of Corona. We’re taco people, and it was like, “We did the serious part, and now we want you to party!” I think we pushed it till...
Michael: 2:30 a.m.?
Nicole: 2:30, yeah.

Looking back, is there anything you would have done differently?
Michael: I don’t think so. We had the perfect amount of people there to enjoy the amazing day that we wanted. I don’t think it could have gotten any better.