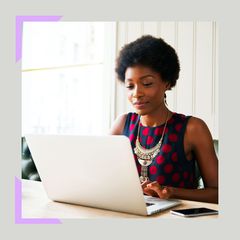 How to Write the Perfect Bachelorette Email

Almost all bachelorette party emails begin with a salutation of "Hey ladies!" Where the thread goes from there, however, is anyone's guess. But what exactly is a "hey ladies!" email? Well, it's basically the type of signature message that goes around in preparation for a significant event in the life of a friend. It's usually part exclamation of excitement, part request for pertinent information and/or money, and a full-on crash course in the nuanced communication methods of women. Think: the email sent out to start the conversation about a bachelorette party, but truth be told, it can often feel like those messages aren't going anywhere.

"As the senders and recipients of our own 'hey ladies!' emails, there was something really cathartic about writing a slightly heightened version of those that could make people laugh," says Michelle Markowitz, co-author of Hey Ladies!: The Story of 8 Best Friends, 1 Year, and Way, Way Too Many Emails. "Because it seems like, no matter what, you're probably going to be on these emails for most of your 20s and 30s."

Michelle Markowitz and Caroline Moss are the authors of Hey Ladies!: The Story of 8 Best Friends, 1 Year, and Way, Way Too Many Emails, a hilarious and relatable book about a group of friends planning a wedding through emails, texts, and DMs.

Before Sending a Bachelorette Email

Co-author Caroline Moss suggests talking one-on-one with as many people in the wedding party as possible about what they’re willing to spend, and what they’re open to doing before sending a big "hey ladies!" email. “You also won't get anywhere if you put everyone on the spot in a bachelorette party email about what they're willing to spend when 24 other people are going to be listening to the ‘reply all,’" she says. “The person planning needs to manage everyone's expectations before the first email, then there's no early reply all of ‘Well, Megan said she can't afford more than $200, so I guess we're not going to Miami…’”

According to Markowitz, hopping on the phone or sending a one-on-one text may be the best option before diving in on the email. “Unfortunately, it's a heavy lift on the maid of honor or person organizing, and it's thankless unpaid work. But, streamline getting everyone on the same page prior, so when you send these group emails, you're not trying to brainstorm or looking for information,” she suggests.

Once it’s actually time to write the email, find a balance between having fun and still effectively getting information. “Even though planning these events is about having fun, there's so much actual work that leads up to it,” says Markowitz. “It helps to use methods that you'd use in your work life for efficiency and organization.”

One of the most important tips for kicking off your email is to be human and to mirror others' tones. "If you're being all business and everyone else is being sweet and friendly, then it stands out," Markowitz adds.

Moss suggests putting all questions in one message, give deadlines, and then make sure everyone responds on time. “That way, when you follow up, it's clear that you're not trying to be annoying. You just need the previously identified information by x time and you're coming for it,” she says. “The more 'yes' or 'no' or 'please confirm' questions, the better.”

And as for punctuation? Markowitz and Moss believe that there’s no such thing as too many exclamation points. “If you've ever received an email from a guy that says, ‘Congratulations.’ you know it just makes you feel empty afterward. It's actually a nice thing sometimes, the way we're socialized to lean into our enthusiasm. That means, honestly, you've also got to lean into the exclamation marks,” says Markowitz. “This is the way it is now; if you use a period, it's war. You better sound excited,” Moss adds.

What to Avoid in a Bachelorette Email

If there’s a huge list of guests on the email chain, Markowitz suggests avoiding jokes. “I learned this the hard way: It's really difficult to make a joke on an email that 30 women from different parts of the bride's life are all going to understand,” she says. “There's a chance your joke is going to bomb and clog people's inboxes, so I'd save inside jokes for in-person.” In your response, consider that anyone in the group could screenshot what you said and send it to someone else. “People might say things you are really not feeling, but communicate in a professional way because, otherwise, it's just going to be fodder for hours of gossip,” adds Moss.

Above all, remember that it’s all about planning something fun, and at the end of it all, you’ll still want to be friends. “Keeping perspective is important: It's asking a lot of your time, energy, and money, but you're doing it because they're your friends! You can call on the favor when it's your turn, and you love these people,” says Moss.