A Guide to the Most Popular Wedding Band Styles 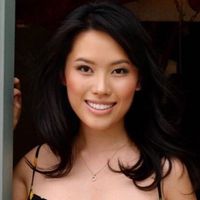 Although the engagement ring bling usually takes center stage, finding the right wedding band is equally as important. Depending on your preferences, your band can either highlight your existing sparkler or be a statement-making piece of its own.

To help you get started with finding your perfect band, we turned to Julie Yoakum of Blue Nile and Hollie Bonneville Barden of De Beers, to demystify the shopping process and explain the most popular styles.

A classic metal band with no gemstones is usually crafted from platinum, 18k, 14k white, yellow or rose gold. Alternative metals include titanium and stainless steel. "Platinum is the most popular in this style," says Yoakum. "Not only is it the shiniest metal, but it also develops a beautiful patina with age, which can be buffed away to its original shine without rubbing down the metal, if desired."

Any style engagement ring or to layer with other bands.

An encrusted band where the diamonds are "set into the metal. It could be in any pattern," explains Bonneville Barden.

Engagement rings that have a pavé band or a cushion cut solitaire with a pavé halo setting.

The bride who likes the sparkle of a diamond band without the look of prongs.

An eternity band is "characterized by identically sized diamonds that go around the entire ring as a symbol of eternity," says Bonneville Barden.

Two common styles of eternity bands are shared prong setting and channel setting. In a shared prong set band, "the two stones that sit next to each other share a prong and from the side, the prongs form the shape of the letter 'u.' The diamond is exposed from the top and the sides which gives this style a lot of sparkle," says Yoakum. In a channel set eternity band, the diamonds lay side by side within a metal channel, which make up the sides of the ring.

While a shared prong and channel set eternity band are two of the more popular styles, you have plenty of options. "Eternity bands can be set in a number of ways—any cut of diamond that you can get in an engagement ring—from round brilliant to cushion to emerald—can also be done in an eternity band," says Yoakum.

With so many options, the eternity band truly has something for everyone. It's also a particularly good choice for brides who want to wear their wedding band alone without their engagement ring. "You can have an eternity band with under one carat of total diamond weight to 10-plus carats," says Yoakum. "It can definitely make a statement on its own."

Similar to an eternity band but the diamonds go halfway around the ring.

Any type of engagement ring—the trick is to make sure the settings are the same to give the set a cohesive feel.

Brides who like the timeless look of an eternity band, but don't want the bulkiness of having diamonds between their fingers and on the inside of the hand.