What Parts of the Wedding Do the Groom's Parents Traditionally Pay For?

Plus, how to talk about finances with your future in-laws.

Terri Pous is the managing editor at Apartment Therapy Media. She was previously a web Producer, social Media editor, and writer for Brides. 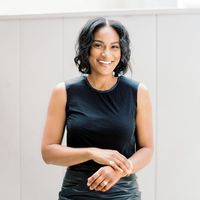 Traditional weddings have explicit roles for a groom, a bride, and each of their families. Etiquette dictates which side pays for which events and items, and who is responsible for each wedding-related task. While many modern couples don't abide by these rules (for example, some couples pay for their wedding themselves while others divvy up expenses based on who wants to or is able to pay) it's still helpful to understand them. They might even be a great place to start when dividing up your wedding budget and things-to-do list.

Here, we explore the financial responsibilities of the groom's family. To find out what he and his parents pay for, we turned to expert Terrica McKee. Read on to learn more.

Terrica McKee is the founder of Southern Productions, a wedding and event planning company in Mississippi.

What Do the Groom’s Parents Traditionally Pay For?

This is based on tradition, and the list can be cut or expanded based on the couple's preferences and financial situations. With that being said, a lot of people find comfort in following the formula, said McKee. “Most of our clients stick to this tradition,” she said. Others tweak it a bit. “Sometimes the groom’s family will just pay for the rehearsal dinner, and that’s all, and in that case, the bride’s family just handles everything else," she said. "I’ve had some brides who didn’t want to mention the groom’s expenses to the groom’s family at all and decided to pay for all of it unless they came to them and offered or asked what they were expected to pay.”

By the time a wedding rolls around, the groom has already bought and gifted a beautiful engagement ring to his bride-to-be. The groom (or his family) is also charged with buying the bride's wedding ring that she will be given as part of the ceremony. Even when a couple chooses the ring together, the groom generally picks up the bill.

The Groom's and Groomsmen's Attire

Whether the groom and his groomsmen are buying new tuxedos or suits or renting for the occasion, his family is traditionally responsible for paying for that outfit (Note: In many modern weddings the groomsmen pay for their own outfits.)

Tradition dictates that the groom’s family pays for the full cost of the rehearsal dinner, even though the bride’s family and friends attend the event as well. That includes food, drink, venue fees, entertainment, and transportation. Often the groom's family cherishes this responsibility. The event can take on a different feel to the wedding, and it is their chance to add their style and flair to the weekend. They can choose food, music, and a venue that reflects their personality.

Gifts for the Groomsmen

Many brides and grooms show their appreciation to their wedding party by giving them a gift the day of the wedding or before the weekend festivities start. The groom’s family is responsible for paying for whatever item the groomsmen get.

The groom's family is also technically responsible for paying for the groomsmen's lodging, whether it's a hotel or Airbnb. This is another cost that has been passed on to the groomsmen in more modern weddings.

The groom's family provides the flowers involved in a wedding ceremony. That includes the bride’s bouquet, the groomsmen and usher boutonnieres, and the corsages and mini bouquets for the both mothers and grandmothers.

The cost of marriage licenses vary state by state. It’s the groom or his family’s responsibility to cover that cost and pave the legal route for the couple to say I do.

The Officiant’s Fee or Cash Gift

Many officiants, especially ministers, don’t have a set fee, relying instead on a gift or donation. “It's up to the groom and/or groom's parents on how much they want to give the minister or officiant,” said McKee. “We suggest no less than $100, but prefer $350 or more since that is an average fee for most wedding musicians when compared to others involved with the ceremony.” Another cost the groom's family takes care of is the officiant's lodging. “If the officiant is from another town and if he is invited to officiate by the groom’s family, they pay,” said McKee.

Today many modern couples save up for their honeymoon together or ask wedding guests to pay for certain parts as a gift. But traditionally it is the groom or his family’s job to pay the full cost of the honeymoon from flights to hotels to excursions.

Whether the couple wants to leave their wedding reception in a horse-drawn carriage, a vintage car, or an Uber, it’s the groom’s family’s responsibility to cover the cost.

A Guide to Talking to Families About Wedding Budgets

Having the money conversation with your own family can be challenging enough; who wants to put a damper on the fun of wedding planning by focusing on costs? It can be even more intimidating to have a conversation with your fiancé's family, especially if you don't know them that well or you aren't sure of their financial situation. McKee said there are a variety of ways brides deal with these tricky conversations. “Some brides don’t like to mention to the groom’s family what their expenses are if the groom’s family doesn’t ask them,” she said. Others take a much more direct approach. “Others are comfortable sharing with the groom’s family what they are expected to pay for.” Some brides have their parents talk to the groom's parents, and figure it out independently of their children.

If it’s too uncomfortable to have the conversation, you can always outsource it to the wedding planner. “When they hire us as their planner we send a list of the traditional groom's expenses to the groom and/or his family so they know what they are expected to pay for,” said McKee. It’s also important to look at individual family dynamics. “It’s usually the easiest for the bride to tell the groom and the groom to tell his parents in most cases,” said McKee. “It really depends on the relationship between the bride and the groom’s parents or the bride’s mother and the groom’s parents as to how to best handle the situation.”

Whatever you do, be sure to look at each family's financial situation. “If the groom’s parents can’t afford to pay for their part and then the bride and/or her family will pay,” said Ms. McKee. “I’ve had several weddings where the bride’s family has had to cover the rehearsal dinner and other traditional groom’s expenses.”

FAQ
Here's How Much Parents Pay for Their Children's Weddings