The Benefits of Being the Second Wife 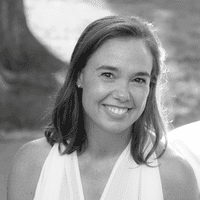 A few years ago, I was having a drink with a (younger) former assistant of mine who was in love and newly engaged and therefore wise beyond her years about marriage. I was 35, perpetually single, and perpetually stymied. With absolute certainty, she declared, "You're clearly going to marry someone who's been married before." This made me feel really old and so depressed. But six months later, I met that already-been-married man. She was right, and I wouldn't have it any other way.

No woman, when she is young and naive and fantasizing about her future wedding — even a woman (like me) who claims she has never and would never fantasize about stuff like her wedding — imagines marrying someone who's been married before. The divorced guy is simply not the groom she pictures.

Second marriages are a tricky business. The baggage can be major and multilayered. I dated Ron, my now-husband, throughout his entire arduous two-year divorce process; I was with him when he flung his first wedding ring into the Hudson River (because what else do you do with it?). He has two kids who are now my step kids and an ex-wife who is a big part of their lives and, therefore, ours. It's complicated and sometimes frustrating, however, I believe it's made our marriage extra strong and special.

But let's back up a bit, to the day we got engaged. As we were driving back from the beach where he had just proposed, Ron turned to me and quietly said, "I have to tell you: I am so excited to be marrying you, but I'm not so excited about the wedding." I had spent the car ride calling my parents, texting my friends, sobbing sloppily about the fact that I, 39 years into my life, had finally found someone who made me happy beyond words. I went from elated to deflated. But I wasn't surprised. Ron had taken his first commitment seriously, and despite the general consensus from both sides that the marriage wasn't meant to be, he felt hypocritical about making a second commitment, with the second round of pomp and circumstance, in front of some of the same people. A hard truth to swallow, sure. But to me, his hesitancy (and openness about it) was further proof that he would make a solid and honorable husband.

It turns out that planning a second wedding is a great training ground for a second marriage. No matter how hard you try to push it aside, the specter of the first event — and, by extension, the first marriage, and first wife — hovers above you throughout the process. The discussions and decisions are different, the emotions are knotty, and, yes, it can be awkward. I'd venture to say it all feels less pure. But as I learned over the eight months from engagement day to Big Day, planning your first wedding with a previously married partner can also be surprisingly awesome. Here's what I mean:

No matter how hard you try to push it aside, the specter of the first event—and, by extension, the first marriage and first wife—hovers above you throughout the process.

As most everyone reading this can attest, the push and pull of who gets invites are epic. Ron and his parents had been through all this before and were okay with keeping their list tight and focused. (At least, they claimed to be.) This left me more energy to muscle, my parents. When I asked them to please whittle down their list because our venue held a max of 90, they emailed me back with a list of my friends they thought could be removed. Fortunately, while my parents didn't completely comprehend the idea of a small wedding, others who didn't make the cut seemed to. I estimate I felt 72 percent less guilty about leaving people off the guest list than I would have if it were the first wedding for both Ron and me. His status made him a great scapegoat: "Oh, you know, Ron's been married before. So we're keeping it small."

Ron's first marriage didn't come with just emotional baggage — it also came with full sets of beautiful china and crystal. (Yep, he kept them.) And since I had lived many years as a single adult foodie, I was well stocked in terms of kitchen gear. (At some point, you just suck it up and buy the Le Creuset yourself.) So when I sat down to create the registry, it was more random than rational — a loose combination of unrelated parts. We called it the Franken-Registry. I first selected some fill-in-the-blanks basics (salad tongs, a pitcher), then Ron's five-year-old daughter sat on my lap in front of the computer and helped me glam it up with picks like a flowery painted vase (ooh, pretty!) and salt and pepper shakers that could've been set decor on Dynasty (ooh, sparkly!).

As I wrote earlier, I didn't daydream much about my big day before it actually happened. But there were three things that I knew I wanted: "Running on Faith," by Eric Clapton, as the first dance; my guitar-playing brothers and smoky-voiced best friend to perform it; and a coconut cake. These elements meant something to me, and I received no resistance from Ron. As for a lot of the other details — rehearsal dinner, bridesmaids, welcome bags, parting favors, wedding announcement, #weddinghashtag — I didn't bother. I could have done it all, and I love brides who do. But when it's the second time around, expectations loosen. And I happily used that as an excuse to opt-out.

We figured these out last. While I don't think it's easy for any couple to determine what they're going to say to each other, many of the popular passages and templates didn't seem to fit. For one, Ron still felt a bit hypocritical about saying the same words again. And second, wedding vows are focused on the future — to have and to hold, from this day forward. They often include not-so-subtle warnings about what's to come, designed to keep you strong and united in the face of conflict, change, hardship, kids. But Ron and I had already endured hardship; we'd stuck together through his divorce and all the strains that accompanied it. And we already had kids. I love his son and daughter as my own and was already in full-on juggling mode (life balance — ha!). So our ceremony not only looked forward, but it also affirmed and celebrated what we'd been through and where we'd landed. I held tight to Ron's hands as our reverend spoke of the lifelong commitment we'd already begun. I turned to my stepchildren, the mini best man and flower girl sitting in their petite finery in the front row, and promised to always cherish and honor them and to create a safe and loving home for them. And then I walked back down the aisle with my dreamy husband, surrounded by my new family, heart bursting with joy, grateful to be a second wife.

How to Plan a Second Wedding: Tips and Etiquette