How to Deal With a Bad Marriage Proposal 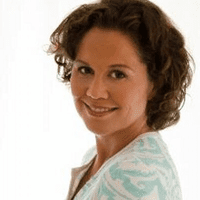 Real talk, everyone has pictured their marriage proposal. Will they pull a Prince Harry and cook an engagement chicken for me? Will they coordinate a flash mob in Central Park? Will they whisk me away on a romantic vacation and pop the question overseas?

But all of this unintentional imagining can turn deadly when the real proposal doesn't meet your expectations. If you find yourself embarrassed with a seemingly terrible proposal, read how two real brides handled the exact same situation below. While you can't change the past, the disappointment can actually lead to some major insight into your relationship with your significant other. Spoiler alert: Both have happy endings!

If It Wasn’t Dramatic

For real bride Diane, she couldn’t get over the lameness of her now-husband Scott’s proposal. It went down two days before Christmas in her childhood bedroom of her parent’s house. There, Scott casually proposed to pajama-clad Diane without flowers, champagne, or anything over-the-top.

It was humdrum and ordinary, and it definitely didn't hold water to her girlfriends' recent marriage proposals: in a hot-air balloon in Napa, on a ski lift in Telluride, in a swanky (and really expensive) restaurant. She felt embarrassed by how undramatic Scott's proposal was. Especially as she retold the story to family, friends, and co-workers. It was too mundane and almost too intimate a scene for her to share with others—that made her doubly uncomfortable.

If It Felt Meaningless

Contrast how Diane now feels about her marriage proposal with Caroline's feelings about hers: Jeff, her boyfriend, got down on one knee at the base of the Statue of Liberty and blurted out, "Will you marry me?" and that was it. No lead-up. No words about why he wanted to marry Caroline. No gushy love talk or excitement about the future. To Caroline, Jeff's proposal felt purely transactional.

What to Do If You Didn’t Like Your Proposal

While disappointing, a bad proposal experience can actually be a blessing in disguise. Examining what happened can help explain to you how to move forward with the relationship. You may realize that what you thought was imperfect was actually a very appropriate proposal.

How to Stop Obsessing About Your Proposal

Once Diane looked past the lack of sexiness and drama, she realized that Scott actually made the right choice. He knew Diane was anxious and worried about getting engaged and a grandiose public proposal would only contribute to her nerves.

"Thinking about it this way, my engagement was really intimate, private, and personal, and really reflected who two of us are together," says Diane. "And ultimately, that's what's really important, right?"

If your proposal isn’t as flamboyant as you would have hoped, or not as "epic" as your friends,’ take time to think about your relationship with your partner.

How the Proposal Reflects on the Wedding and Marriage

The lack of emotion from Jeff’s proposal rubbed Caroline the wrong way. After trying to swallow her discomfort about the proposal, she realized the brief experience reflected how emotionally unavailable Jeff was. The genericness of the proposal actually portrayed how little emotional connection there was between them, so she broke off the engagement.

In Caroline’s case, the disappointment was actually a blessing in disguise and allowed her to get out of an unpromising relationship.

If you had a "bad proposal," take some time to reflect on it, particularly the question: Why did they choose that place, that time, those words? What does it say about them? About you as a couple? It may offer you a greater understanding of your partner and your life ahead with him.

18 Things to Do After Getting Engaged