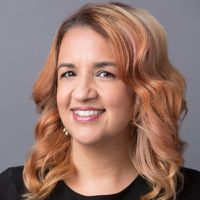 Sergio López first met Pilar Deza in 2002, when she was just 16 years old. “Our friends were obsessed with the same music—Spanish indie rock—so we would always see each other at parties in San Adrián, Spain, where we live,” Pilar recalls. “But he never talked to me!” Thankfully, 10 years later, the two were reintroduced by a mutual friend—and this time, they talked. “Our friend was trying to set us up and I was like, ‘We’ve already met!’ ” she says. The couple dated for four years after that, and when it came time for their August wedding weekend, their goal was to show their guests a great time, La Rioja–style. “I hired a planner, but I told her not to stress about the timing of everything,” says Pilar, who works in sales for her father’s company. “We just wanted everyone to have fun!”

And they did! Keep reading to see more of Pilar and Sergio's colorful wedding weekend, featuring great music and even better food (think tapas and crepes!). As you'll see in these photos by Sara Lobla, the couple wasn't afraid to mix a theme (or two! or five!) in order to throw the party they wanted.

The weekend's festivities kicked off with a casual welcome party. The couple decorated the space with flamingo floats and floating letters that spelled out their names!

The bride wore two dresses by Spanish designer Belén Barbero of Beba’s Closet, who had also designed her sister’s wedding gown. “I had to have big ruffles!” Pilar says. “I’ve loved ruffles ever since I was a little girl.”

In Spain, it’s customary for the groom to serenade the bride before the wedding, and Sergio hired a mariachi group to do (most of) the honors. “He surprised me by dressing up and singing a few tunes himself!” Pilar says.

During the tropical-themed party, the couple served Spanish staples like sangria and gazpacho alongside a crepe station. “We obviously don’t have a problem mixing themes,” says the bride, laughing.

The bride accessorized her white dress with a pop of color in the form of a headdress by Cocoluco. It coordinated perfectly with her bouquet of bright wildflowers.

The groom’s nephew, Carlos (shown here with Sergio’s father, Pedro), was excited to be part of the big occasion.

The couple married in the town of Calahorra, in a church that features intricate detailing from the 15th through 17th centuries.

The ring bearers (sporting straw hats) and flower girl (wearing a flower crown!) looked adorable as they walked down the aisle.

The two exchanged vows that evening in a traditional Catholic ceremony at Catedral de Santa María in Calahorra, the bride’s hometown. “We both cried as the priest read our vows,” says Pilar. “We were so stunned in the moment that we almost didn’t realize he forgot to tell Sergio to kiss me!”

Everyone threw rice and confetti as the newlyweds exited the church. “It was so fun,” Pilar says. “I didn’t toss the bouquet because I wanted to give it directly to my best friend, Isabel.”

Following the confetti-toss exit, the couple drove a rented 1969 Dodge Coronet convertible (Sergio is a mechanic and hard-core car buff) for the 15-minute ride to the reception at a restaurant in the countryside.

But before they arrived at their final destination, Pilar and Sergio stopped to take photos in a picturesque field.

The newlyweds made a grand entrance just before cocktail hour. Cocktails took place outside, where everyone mingled and snacked on apps before moving inside for dinner.

The decor—featuring flowers in woven baskets and hay bales accented with hydrangea—kept with a rustic-chic vibe. There was also a sign that directed guests to important locations like the photo booth and bar.

The archery-like escort-card display was inspired by the groom’s love of hunting. It featured a flower-covered target and colorful arrows.

At the reception, Pilar and Sergio again didn’t shy away from mixing themes, combining her love of pastel hues with his love of hunting for a night accented with unique details, like a cake topped with deer figurines.

The party ended with the music that started it all—indie rock! (See the exact playlist, here.) Pilar says, “We wanted our wedding to be like a typical night out, with everyone dancing in a circle, laughing, talking, and dancing again!”

Invitations: Save The Date Projects