8 Royal Honeymoon Destinations to Inspire Your Own

Is there a better place to pull inspiration from? 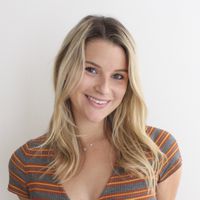 No matter where you decide to honeymoon with your partner, it’s bound to be magical and romantic. After months (in some cases years) of planning the wedding, choosing a honeymoon destination can be one of the most enjoyable parts of the process. For couples who want an epic and beautiful honeymoon that will make them forget about any stress post-wedding, there’s no better place to pull inspiration from than royal couples around the world.

From secluded islands in Fiji to luxury safaris in Namibia, here are eight of our favorite royal honeymoon destinations to inspire your very own.

The current outbreak of coronavirus (COVID-19) has been declared a pandemic by the World Health Organization. As the situation remains fluid, we’ll be sharing tips and stories from industry experts to give you of-the-moment advice and help you navigate wedding planning today. For the most up-to-date guidelines and latest on travel restrictions and requirements, check the CDC and U.S. Department of State websites.

The goddaughter of Prince Charles and granddaughter of Lord Louis Mountbatten, designer India Hicks tied the knot with David Flint Wood in her home village of Oxfordshire. After their intimate and laid-back nuptials, the couple jetted off to a luxurious honeymoon in Greece. They kicked off their trip by exploring the ancient Greek ruins, and according to Hicks' Instagram, they took an unusual approach as another couple joined in on their honeymoon and hosted the newlyweds on their boat for the week. The couples cruised around various islands through Greece, many of which were off the beaten path. They did everything from climbing the hills of Folegandros into the monastery, swimming through the Milos caves, and sailing around the bottom nipple of the Cyclades.

After their marriage in Westminster Abbey, Prince William and Kate Middleton took flight on a private jet to one of the most remote islands in the world. It’s reported that the couple honeymooned in the Seychelles, where they stayed at the exclusive luxury private island resort North Island. The resort has only 11 villas, and the couple stayed in theirs for 10 days, basking in the Indian Ocean and doing it in complete privacy. The villa included a freshwater pool, a private garden, a personal chef, and a butler. While the royal couple’s resort costs upwards of $6,000 a night, we recommend looking into similar resorts like Anantara Maia Seychelles if you want to replicate their honeymoon on a smaller budget.

When King Jigme Khesar Namgyel Wangchuck of Bhutan wed Jetsun Pema in 2001, their royal wedding was one of the most watched events in the history of the Kingdom of Bhutan. It’s fitting that the couple treated themselves to an epic nine-day honeymoon adventure throughout India. The newlyweds embarked on a luxury train journey across Rajasthan, making stops in Jaipur, Jodhpur, and Udaipur. Sources say that a special customized coach section was added to the train just for them. The luxurious train suite was furnished with a dining room, a bedroom, and a fully equipped kitchen.

After the opulent wedding of Frederik, Crown Prince of Denmark, and Mary Donaldson took place in the Copenhagen Cathedral, they relaxed on a three-week honeymoon in Tanzania, Africa. It’s been reported that on their honeymoon, they climbed Africa's highest peak, Mount Kilimanjaro, and enjoyed African safaris to admire wildlife on their unforgettable getaway. If this trip is up your alley, travel planning companies such as And Beyond can recreate the ultimate Tanzania honeymoon for you.

One of the most famous British royal couples, Prince Harry and Meghan Marle, delayed their honeymoon post-wedding, but when they finally went, they did it right. The couple stayed at the luxurious Hoanib Valley Camp, an intimate getaway with just six villas. Of course, like any other safari-focused honeymoon, the main activities they took part in were wildlife viewing to see giraffes, elephants, and rhinos on their lodge grounds; game drives; nature walks; rhino tracking; and more. This destination is actually near and dear to Harry, who takes his African conservation efforts seriously. The property they stayed at is a “ joint venture between the local communities and the Giraffe Conservation Foundation, the world’s only Africa-wide giraffe conservation organization,” according to the website. The Hoanib Valley Camp is deep in north-western Namibia and daily rates start at $2,420, going up to $12,480 per person.

Prince Carl Philip of Sweden and model Sofia Hellqvist left for a luxurious island getaway just a few hours after their all-night wedding reception in the chapel of Stockholm’s Royal Palace. Traveling by private plane, the newlyweds vacationed for 12 days at a luxury resort on one of Fiji’s small, secluded islands. The couple visited Laucala private island escape, where rooms start at $6,000 a night. Pictures were captured of the couple enjoying a boat day on the turquoise waters and laying on the private beaches. For couples planning a Fiji honeymoon similar to the Swedish royals, 5-star luxury resorts like Six Senses Fiji and Matangi Private Island Resort are among some of the top-rated.

For an epic honeymoon, Grace Kelly and Prince Rainier III of Monaco sailed throughout the Galapagos Islands on board a 147-foot yacht gifted to them by Aristotle Onassis. The Galapagos Islands offer a fantastic experience for those in search of romance, adventure, and relaxation. During their honeymoon, they came across unique wildlife such as marine iguanas, blue-footed boobies, and massive Galapagos tortoises. This exact yacht has since been acquired by Quasar Expeditions and is now renamed M/Y Grace. You can splurge and rent Grace Kelly's suite for up to $9,000, or you can do the same on a more modest cruise ship or boat.

When Princess Caroline of Hanover tied the knot to Parisian banker Philippe Junot in 1978, they chose one of the most sought-after island destinations in the world to honeymoon in: Tahiti. The two reportedly ventured throughout the islands of French Polynesia after a star-studded wedding. For couples seeking to honeymoon in French Polynesia, staying in an overwater bungalow at resorts like the 5-star Four Seasons Bora Bora is the way to go.

9 Bridal Fashion Trends We Learned From the Royals