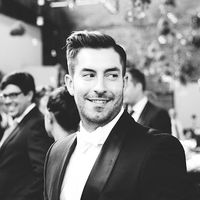 It’s that time of the year when you and your S.O. are probably trying to figure out what to do with those last remaining few random vacation days you have left. Whether you’re itching for a last beachside hurrah before all the leaves turn to snow or need those extra miles to make your airline status this year, there are many ideal spots that should be on your radar for a micro trip—AKA a quick long weekend getaway. Before the clock strikes 2020, our favorite destinations for that end-of-the-year travel:

It’s easy to forget that flying across the pond can be almost as quick as a transcontinental flight in the U.S. West of London is Bath, a resort town that’s known for The Roman Baths, which as the name suggests dates back to Roman times. Walk hand-in-hand as you gawk at the hot springs waters and how ancient people used to spa and socialize around them. You can then spa and socialize yourselves at Thermae Bath Spa. This multi-level, luxury spa offers treatments for couples but can also be enjoyed with a day pass, which gains you access to the rooftop pool, heated by the natural spring, as well as multiple saunas—and even an ice room. River tours are also a great way to get a taste of Bath’s beauty and history, and leave from multiple points around town. Pro tip: Bath is extremely accessible if you fly into London and get a BritRail England pass — you can be there in under two hours. In fact, the hop on, hop off access of the pass will also allow you to visit other nearby attractions like Stonehenge and the charming cities of Truro and Salisbury, letting you pack really good value into this petite getaway.

Most flights leave to the U.K. at night, so maximize your vacation days by departing on a Wednesday evening and returning Sunday.

Prim and proper, the posh Bath Priory is the romantic destination for Bath visitors looking to kick up their feet. The ivy-covered exterior looks like it’s straight out of your favorite storybook, and each room is named for a different flower and has unique details and features to boot. The large, manicured gardens are worthy of multiple Instagram photoshoots, and there’s even an indoor pool you can enjoy regardless of the season.

Napa is an ideal micro trip because the relaxing pace and an itinerary that involves, well, mostly wine-tasting won’t feel rushed—even if it is. If we had it our way, we’d check into Hotel Villagio in downtown Yountville, the heart of Napa’s culinary scene, and one of the more walkable parts of the region. The oversized guest room bathrooms here feature a huge soaking tub—which is strategically accompanied by a champagne ice bucket, ideal for couples celebrating something special. There’s also a 5-bedroom villa option should you want to bring a few friends along, and you probably should if you’re traveling over a weekend since the hotel offers complimentary wine tasting every Friday and Saturday evening.

One of our other favorite places to sip and be seen is at Chandon, conveniently located across the street from Hotel Villagio. The property is not only stunning, with plenty of outdoor areas and private cabanas to cuddle up in, but it is also home to some of Napa’s yummiest sparkling California wines. Try the Limited-Edition Brut, Winter 2019, which celebrates Chandon’s harvest each year under the stars (and with that festive bottle, makes for a great holiday gift too).

When you’ve worked up an appetite, quality grub can be found nearby at Brix, which offers delicious farm-to-table dishes made with gathered ingredients from their two acres of gardens and orchards. The Charter Oak similarly serves up fresh ingredients in every dish, with emphasis placed on experimenting with various crops. Choose the Family Dinner option here, even if you’re just two, and you won’t even have to think about what to order. Instead, the restaurant will cook up their seasonal offerings and best hits and you’ll get to try a little bit of everything.

If you’re more partial to a long weekend on the beach—and why wouldn’t you be?—there’s really no further to look than Cancun. With plenty of direct flights from the U.S. and vibes that range from chill to party, and everything in between, Cancun never disappoints couples. Between beach and swim-up bar time, rowdy shows and nightlife on the Strip, exploring small islands, and discovering nearby Mayan ruins or even taking a swim at a secluded cenote, a micro trip here will keep you both on your toes.

One of our favorite places to post up in ‘Cun is The Grand at Moon Palace. If you’re truly looking for a long weekend free of worry, this all-inclusive (where the food doesn’t stink!) offers everything right at your fingertips. There’s an expansive pool deck, which is covered in palm trees and cabanas, access to a wave simulator called The FlowRider, where you can get up on a surf board and catch some waves, and one of Cancun’s finest spas, Awe spa. Nothing short of epic – from the moment you step in to this luxe, contemporary sanctuary, you’ll know you’re in paradise; start off with their hydrotherapy experience and then choose from a menu of massages and treatments which you’ll enjoy in one of their 36 treatment rooms.

The greatest city in the world makes for one of the greatest micro-trips no matter what kind of couple you are. You can center a long weekend around scoring last minute tickets to Broadway shows, or possibly even seeing a performance for free at the Shops at Columbus Circle. Look out for “Broadway Under the Stars”, a five-week series of free public performances taking place during the holiday season which include top shows like Waitress, Chicago, Dear Evan Hansen, and more. You can also go on an architecture tour, stroll through the city’s many parks—including the enchanting favorites Central Park and The High Line. There’s also lots of thrills in catching a local game, shopping the old-school 5th Avenue or the new-school Hudson Yards, or simply eating your way through town. Romantic restaurant reccos of late include the sultry Crown Shy, the slick Manhattan and it’s insane views, and the famed Oceana is still tops for seafood lovers.

After all that running around the Big Apple, you’ll want to also carve out some time for a relaxing moment at Haven Spa, where they offer plenty of unique treatments that will suit either of your relaxation spirits, like a Pumpkin Latte body scrub, a gua cha facial, reflexology foot massages that will soothe aching feet, and of course a classic Deep Tissue or Swedish couples massage you can enjoy side-by-side.

In New York, it’s probably worth it to splurge and stay at one of the city’s dreamiest hotels, The Lowell, on the Upper East Side. Opening its doors almost 100 years ago and sitting on a quiet, tree-lined Upper East Side block, it’s what Gossip Girl fantasies are made of. The hotel is a taste of old, timeless New York mixed with contemporary, posh digs. Downstairs, Majorelle, the dreamy on-property French restaurant is a dining experience in its own right. Filled with large bouquets of fresh-cut flowers and a menu with delectable French fare, it’ll hands-down be one of the most romantic dining experiences you ever have.

If you’re leaving from the West Coast, travel time to Honolulu is not that daunting to experience one of the most serene and romantic treasures the United States has to offer. A few days on O’ahu also lets you check off the infamous Waikiki, top tourist spots like Pearl Harbor and Punchbowl Cemetery, and even get in some QT beach time at the eye-poppingly beautiful Lanikai Beach. You might also have time to visit the laid-back North Shore, go on a hike or two, or see the stunning Kualoa Ranch—you’ll recognize it as the spot where Jurassic Park and Lost were filmed.

Turn up the romance on your trip by checking into Halekulani, which boats some of the finest views you’ll find at any resort in Honolulu, with rooms overlooking crystal blue ocean and mountains. La Mer, a crowd-pleasing and award-winning restaurant, sits on the resort’s grounds and offers fresh, tropical ingredients and is *the* ideal Hawaiian date night spot you’ve always dreamed of. At the hotel’s spa, you’ll find authentic, Polynesian therapeutic rituals, and even a few services that last up to 3 ½ or even 5 ½ hours (!) for the ultimate in spa bliss. Think custom facials, relaxing massages, and sipping champagne together with a view.