Should Couples Have a TV In the Bedroom? 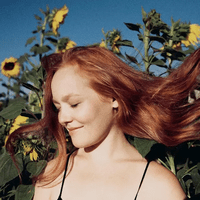 Genevieve Fish
Genevieve Fish is a writer, brand and community director, and founder of a company that provides mental health education for women.
Brides's Editorial Guidelines

Much of our day-to-day lives involve some sort of screen. From making grocery lists on apps to scheduling appointments, communicating through texts, and punching in directions to our next destinations, we've come to rely on technology. Before smartphones and tablets competed for screen time, TV was a major source of entertainment and news. So as we spend our free time binging classics on Netflix or scrolling for documentaries, opinions are divided on the role of television in the bedroom.

Does having a TV in the bedroom help relationships or hurt them? How it affects your sleep may be a better question, and it can be a polarizing topic to bring up at home. To decide for ourselves, we'll look at the pros and cons of bringing our favorite shows to bed.

TVs may get a bad rap, especially in the bedroom, but they're capable of making positive contributions, too. Here are three pros a television can bring to your nighttime routine.

Watching TV in Bed Can Be Relaxing

Some experts believe watching shows we enjoy can help us wind down and de-stress. "Not all content is toxic. Certain types of music, film, television, and digital media can deliver measurable psychological benefits," says Moskowitz. Because watching television is a passive activity that doesn't require us to be actively engaged—like when we're playing video games, online shopping, or scrolling through Instagram—our brains are more relaxed than with other forms of entertainment. What we watch may be more important to focus on: Moods can slip or rise depending on the shows or movies we choose, which is something to consider when debating over which show to put on with your partner.

Watching TV as a Bonding Tool

Sharing a common experience, like watching a show your partner enjoys, can strengthen the connection between couples. Just like sharing friends, enjoying the same movies is a form of social bonding. "Sharing more media with one’s partner [can create] greater feelings of closeness and commitment," says Seidman. Referencing the results of a study, Seidman notes that it's especially important for couples with separate social circles. "A lack of shared friends prompted partners to compensate [by] wanting to plop down on the couch and watch TV together." It's important to keep in mind that while these benefits do hold true, they can be just as present in joint TV consumption outside the bedroom.

If you enjoy watching shows with your partner in the bedroom, try turning off screens an hour before bed to wind down for sleep and counteract any of its adverse effects.

One couple views television as a treat to enjoy at the end of the day. For them, it’s not about whether the television is in the bedroom but rather who chooses the main feature. "There is no dispute. My love for television and film transcends her interest in watching any show,” says Gabriel, 27. “The one with better taste in television wins; the other simply has to watch on their laptop or join along on my TV adventure.”

It's Probably Better Than Scrolling on Your Cell Phone

While it's still better to have no screen time before bed, watching TV might be less harmful to sleep than using smartphones or computers. Scrolling on your phone can actually change your overall sleep structure. A poll by the National Sleep Foundation found that severe sleep problems correlated to those with the highest levels of interactive screen time.

Referencing the poll, Dunckley notes that being actively engaged in entertainment was more harmful to sleep than watching television. "Researchers evaluated sleep impairment factors in adolescents and adults (of all ages) and found that interactive screen time was a much stronger risk factor than use of passive media, such as television." Social media enthusiasts, take note: It's time to put down your phone before bed.

As appealing as it may be to think there is no significant downside to watching television at bedtime, the best way to make the right decision is to have all the facts. Here are two cons to having a TV in the bedroom.

Screens in Bed May Keep You Up at Night

Sacha, 35, considers her home a television-free zone. “My room has been designed specifically for sleep, so having a television would disrupt the Zen."

Does binge-watching our favorite shows really disrupt our sleep? Breus notes a study that suggests the answer is yes. "Researchers found sleep disturbances from binge-watching were a result of mental stimulation. … Back-to-back episodes of your current favorite show may feel like a relaxing escape at the end of the day, but it’s actually getting your brain fired up, not helping it wind down." The study also linked binge-watching before bed to insomnia, fatigue, and poor sleep quality.

A Barrier to Intimacy, Less Sex

It might seem like a strange question, but can television can impact our sex lives? Referencing the National Sleep Foundation poll, Rosen says it can. "My first instinct [was] that perhaps people don't realize watching an extra hour of TV can lead to their sex lives being adversely affected. TV or sex: The choice seems pretty straightforward. If people knew cutting back on television could improve their sex lives, they'd be shutting their TVs off in no time," Rosen says. On the contrary, Rosen learned that almost half of British men were prepared to give up sex for six months for a new 50-inch plasma screen TV.

Newlyweds Cory, 29, and Raleigh, 24, started out with different television policies. “My husband grew up with a TV in his bedroom,” says Raleigh. "He literally fell asleep to it every night. My mom told me that if I were to get married, I should never have a TV near the bedroom. Now my husband agrees; a TV should never be in your bedroom if you want to have regular sex.”

Meghan, 27, and her partner don’t bother with a TV, but like many of us, they struggle with screen addictions. “Instead of reading books or magazines before bed, we read our phones and tablets. We tried instituting a ‘no-phone zone’ policy—our bed was off-limits for our devices. It only lasted a day or so.”

Instead of giving up, Meghan and her partner try to implement a "50-minute rule”: They don’t look at their phones for 50 minutes before bed. “It's hard, and we often fail, but I think making the effort shows that we both want to improve our relations by taking screens out of the equation as [much as] possible.”

If a full hour of screen-free time before bed seems like an impossible ask, starting with an increment as small as 30 minutes and building upward from there (if possible) can have positive effects compared to none at all.

Tips for a Good Night's Rest

The National Sleep Foundation outlines a number of tips for good sleep hygiene, including sticking to a nightly sleep schedule, and avoiding alcohol, cigarettes, and heavy meals at night. They also point out that it's important to work with your body's natural circadian rhythm—those beloved blackout curtains can help block light that might otherwise interfere with your sleep patterns. The sleep experts at the National Sleep Foundation also recommend practicing a consistent bedtime ritual and finding the right mattress to ensure a good night's sleep.

All in all, if you're still pro-TV in the bedroom, you don't have to choose sleep over your favorite shows. Just be sure to listen to your body—and when it tells you it needs rest, make some changes in your routine that promote healthy sleep.

Registry & Gifts
Article Sources
Brides takes every opportunity to use high-quality sources, including peer-reviewed studies, to support the facts within our articles. Read our editorial guidelines to learn more about how we keep our content accurate, reliable and trustworthy.