What Is a Platonic Marriage? 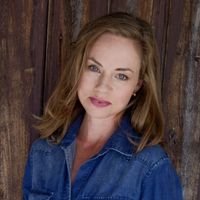 Maybe you made a pact in your early twenties to marry a close friend if both of you were still single at 30 years old. What if you followed through on that pact and actually married your best friend, not because of a ticking clock or because you actually fell in love, but because you realized that they would be the best person to grow old and raise a family with, even though you had no romantic or sexual feelings towards them at all? Welcome to a platonic marriage.

What Is a Platonic Marriage?

A platonic marriage is a legal union based on spiritual connection or practical love, rather than on sexual or romantic love.

To understand platonic marriages, we consulted relationship experts Amie Leadingham and Rachel Sussman. “Platonic marriages are when people that are friends who are not sexually involved decide to make a commitment in marriage for life with each other,” explains Leadingham. Platonic marriages aren’t new, but couples are becoming more vocal about them and they’re generating conversations online that might just inspire more friends to walk down the aisle and make a major commitment, sealing the deal with or without a friendly kiss.

Ahead, explore the benefits, types, and legality of a platonic marriage from experts Leadingham and Sussman.

Couples make a platonic commitment for different reasons. Maybe they’re disillusioned with romantic love and they’re ready to start a family with someone they love and trust, without the complications that sexual desire can bring. “Some people may not want to get married to a romantic partner,” says Leadingham. “They want stability with a partner they trust and more flexibility in their lives. I think this is a great solution for those that fall into that category. Having someone that has your back and you can trust is a wonderful feeling."

Practical reasons could be that you want to raise children and co-parent with this person, take care of each other into old age, or split expenses. Maybe you’ve chosen a life free of sex or romance, but you want a life partner and companion. It’s a true commitment, unlike the vague pact you may have made with that friend back in college, and entering into a platonic marriage should be made with care and conviction. Leadingham says she’s worked with married couples who started as romantic partners, but whose relationship became more platonic over time. They’re married, but they date other people and are not intimate with each other. “I believe everyone should have their choice in how they want their marriage to be,” she says.

A Guide to the Legal Benefits of Getting Married

Platonic marriages can take on many forms, but at their core, they are between two people who are not sexual or romantic with each other. Sussman shares, "Marriage is different for every person. If good friends get along and both want family and children and it hasn't happened, maybe a platonic marriage is worth discussing.”

Platonic marriages can be hetero-monogamous (between a man and woman); they can be between asexual partners who have no desire for a sexual relationship with each other or outside partners; or, they can happen with pansexual partners who are open about becoming romantic with partners outside the marriage, but not each other. “The tricky part is if someone is sexual outside the relationship and starts developing feelings for someone outside their relationship,” Leadingham adds. Like any marriage, both partners should communicate and agree on the terms of the union: Can you have sexual relationships outside the marriage? How will you split responsibilities or childcare or finances? Do you join bank accounts and take the other person’s last name? “Create boundaries,” says Sussman. “It’s worth discussing the ins and outs.”

Marriage is a voluntary, legal union of a couple as spouses. Whether those spouses are sexual or not isn’t designated by the law, and two people who decide to legally wed platonically are legally and socially recognized as a married couple, and granted the same rights as any other legally married couple. They can file taxes together, raise children, be considered next of kin if medical issues arise, and, if things don’t work out, they have to go through a divorce like any other married couple.

It’s a serious commitment and one that seems to be gaining popularity as people are seeking out freedom in their relationships and a lifelong loving union that gives them companionship, stability, and, yes, love. “If it works and makes (you) happy,” Leadingham says, “I say go for it.”

What Is Companionate Marriage and Is It Right for You?