Nikah Ceremony: Everything You Need to Know

Plus tips for planning one. 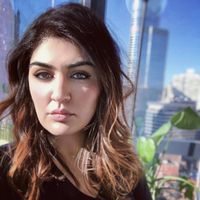 Bisma Parvez
Bisma Parvez has worked as a freelance journalist for over 10 years. She is an independent reporter with BridgeDetroit and was previously a breaking news reporter at the Detroit Free Press.
Brides's Editorial Guidelines
Fact checked by
Cherisse Harris

The Muslim wedding, also known as the Nikah ceremony, is one of the most celebrated occasions in Islam because marriage is a Prophetic tradition. With more than 1.9 billion Muslims around the world, the traditions followed at a wedding can differ greatly depending on families, sects, and cultures but the fundamentals of the Nikah ceremony and getting married as a Muslim are always the same.

What Is the Nikah Ceremony?

The Nikah ceremony is the Muslim marriage ceremony. In the Islamic tradition, the marriage contract is signed during the Nikah and it’s during this event that the bride and groom say, “I do.”

Traditionally, the Nikah ceremony often takes place in a mosque and the leader or imam of the mosque officiates the Nikah. Most couples will set up a time for the Nikah and invite family and friends to attend the ceremony. In the Islamic tradition, the Nikah is supposed to be as simple as possible, so as not to place a financial burden on the couple.

Nowadays, it’s also common to have the Nikah ceremony either at a venue or at the bride’s house, and depending on the family, the event can become quite glamorous as people tend to mix Islamic and Western traditions.

The Meaning of the Nikah Ceremony

The Nikah is a religious ceremony for a Muslim couple to be legally wed under Islamic law. It’s a Prophetic tradition and the only permissible way that a man and woman can be married. This ceremony makes the wedding official because in the Islamic tradition it’s not permissible for a couple to be intimate without a Nikah. The Nikah legitimizes the relationship in front of God and it’s when the couple says, “I accept.”

“Marriage in Islam is a blessing,” says Imam Steve Mustafa Elturk, “and it is considered a very important part of faith.”

Imam Steve Mustafa Elturk is the president of the Islamic Organization of North America (IONA) in Warren, Michigan. He has officiated hundreds of Nikahs for Muslim couples is very active in the Muslim community and is seen as a leader and advisor.

As with any marriage, someone has to propose for the Nikah process to start. Imam Elturk explains that the woman or the man can make the proposal as long as the intention is for marriage. While in many cultures, it is often more common for a man to propose, in Islam the woman (or her family) can propose, “as was the case with Khadijah, the first wife of the Prophet, peace, and blessings upon him,” Elturk says.

The Qubool is the acceptance of the proposal—but you don’t have to say yes right away. During the time between the proposal and the acceptance, the couple can meet as many times as they like to get to know each other as long as the meeting takes place in public or within close proximity of a chaperon.

Imam Elturk always advises couples to ask questions and see if they’re compatible during this time. Once both people decide they want to move forward and make it official, the Nikah ceremony can take place.

For the Nikah, there has to be a minimum of two male witnesses that can attest to the fact that both the bride and groom say, “I do” or “Qubool” from their own free will and without any force from family members or anyone else. It must be the bride and the groom who agree.

The Mahr is an obligatory gift from the groom to the bride that the bride or her family can request. More often than not, it is a lump sum of money that the bride decides. Other times, the bride may ask for a trip, gold, or anything she wishes. Of course, she is encouraged to be fair and keep her future husband’s income in mind. The Mahr is also symbolic of the responsibility the man has for providing for and taking care of his wife.

The Wali is the father of the bride who “gives away” his daughter. Imam Elturk explains that the Wali gets the consent from the bride—he does not give it on her behalf without asking her. If the father is deceased or there is some reason that he cannot “walk her down the aisle,” so to say, then another male guardian or relative can take on that role.

Once all the requirements are met anyone can officiate the Nikah ceremony. The bride and groom repeat the word “qubool” or "I accept" three times. Then the couple and the two male witnesses sign the contract, which the imam can provide or the couple can get their own, making the marriage legal according to civil and religious law.

Do the bride and groom exchange vows?

Traditionally, the bride and groom do not exchange vows. Imam Elturk explains that the imam or officiant will often recite a chapter or a couple of verses from the Quran, the Muslim holy book, and give a short sermon, or khutba, sometimes about the meaning of marriage, the rights, and responsibilities of the husband and wife or a similar topic.

Will the event be segregated?

If the Nikah takes place in the mosque, it’s likely that men and women will be segregated during the ceremony. The wali can accept the Nikah and marriage contract on behalf of the bride in that case. However, if the Nikah takes place at a venue or at home, segregation often depends on the couple’s culture or level of religiosity of the family.

What should I wear?

Dressing appropriately for a Nikah is important, especially if the event is at a mosque. It’s better to dress formally but modestly. Men and women should cover their legs and arms and women may be asked to wear a headscarf in a mosque. You can wear any color you like but guests are encouraged to dress up and celebrate with the couple. Don’t be afraid to ask the bride or groom what they prefer.

Will there be music?

It’s unlikely to have music at a Nikah, especially if it is held at the mosque. Because it’s a religious event, music and dancing aren’t too common. However, some families might have music if the event isn’t at the mosque or have soft background music after the ceremony is complete.

Will there be food?

Yes! It’s uncommon for Muslims not to have food at any event. The event is sometimes broken up into two parts if the ceremony is held at the mosque, so sweets may be passed out immediately afterward to celebrate the new union and dinner may be held at a different location. Depending on the family and their culture, the type of food may vary.

Will alcohol be served?

No. Alcohol is forbidden in Islam so alcoholic drinks are rarely (if ever) served at any Muslim event.

How to Plan a Nikah Ceremony

Once the couple has agreed to get married, planning a Nikah is similar to other events but the first thing to do is have all the religious requirements in place. Couples will often pick a date and decide on the venue. If the Nikah will be held at the mosque, get a time and date confirmed with the imam and invite your family and friends. The couple also needs to decide if they will serve food at a different location.

If the event is not at the mosque, make sure the imam or the officiant can be at the ceremony for the wedding and either he brings a marriage contract, or you provide him with one.

Ask two male relatives, often one from the bride’s side and one from the groom’s side, to be the witnesses and it’s best to decide on a Mahr before the ceremony as well so there isn’t any confusion or awkwardness at the actual event.

Once all requirements are met, decide on décor and seating if the event is taking place at home. Nowadays, Nikahs are heavily influenced by the all-white wedding of the West, so couples will often use whites, creams, and golds for the décor, which looks simple and classy. Couples often prefer to have seating at the front of the main hall so guests can face them during the ceremony. It’s also wise to have a small table nearby to use for signing the marriage document and sweets to pass out immediately after the ceremony.