All the Details on Meghan Markle and Prince Harry's Wedding Cake

It broke tradition in the best way. 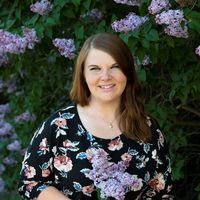 Molly Allen is a previous bakery owner with expertise in wedding orders, as well as a former event planner. She is now a freelance writer focused on lifestyle, travel, and food and beverage.

The Baker The Flavor The Size
The Decoration The Cost

It goes without saying that every royal wedding is awe-inspiring, but Prince Harry and Meghan Markle’s wedding definitely had the world on their toes. Watching the wedding held at St. George’s Chapel at Windsor Castle on May 19, 2018, was like seeing a real-life fairytale unfold. And while we’ve been enamored with the details of Markle’s incredible Clare Waight Keller wedding dress ever since, not to mention we’re still reliving the beautiful moment when the gospel choir sang “Stand By Me” during the ceremony, it’s the day’s celebratory wedding cake that we truly can’t get over.

Prince Harry and Meghan Markle’s wedding included many firsts for royal weddings. And just as the couple chose to make their royal wedding their own, breaking from tradition in a handful of ways, they also opted for something a bit less conventional for their wedding day sweet. The flavor? Refreshing and unique. The design? Not quite the same as royal wedding cakes of the past.

These Are the Best Moments from Prince Harry and Meghan's Wedding

Want to know more about this stunning wedding confection? Read on for every detail we know about Meghan Markle and Prince Harry's wedding cake.

Years before the royal wedding, Meghan Markle ran a lifestyle blog called The Tig. As it turns out, Markle had actually interviewed baker and California-native Claire Ptak when the blog was still up and running. But at the time, certainly, there was no way Ptak could have known she would be baking a royal wedding cake for her interviewer years later in 2018.

Ptak owns Violet Cakes, a bakery-café in East London. Ptak is also a food and prop stylist and a food writer, and she bakes her cakes with low intervention and organic ingredients. She’s known for moist sponge cakes with incredible fillings made with fresh fruits, homemade caramel, and premium Valrhona chocolate, but she also dishes up toasts and quiches at her London café.

Ptak’s focus on organic ingredients certainly resonated with Prince Harry and Meaghan Markle: "I can’t tell you how delighted I am to be chosen to make Prince Harry and Ms. Markle’s wedding cake. Knowing that they really share the same values as I do about food provenance, sustainability, seasonality, and most importantly flavor, makes this the most exciting event to be a part of," she said in a statement released by Kensington Palace.

Traditionally, a fruit cake has been the flavor of choice for royal weddings over the years. This hearty cake is made up of a simple batter, paired with dried fruits that have been reconstituted in juice or liquor, along with chopped nuts and dates. But that certainly wasn’t the type of cake Prince Harry and Meghan Markle opted for.

Inspired by their spring wedding date, the couple chose a lighter flavor of cake, while still celebrating with a nod to royal heritage. The royal wedding cake was a nice lemon and elderflower flavor, and Kensington Palace even tweeted the ingredients the day before the wedding in case anybody was up for the task of baking a replica on their own at home. According to the tweet, 200 Amalfi lemons were utilized to make the cake, along with 500 organic eggs from Suffolk, and plenty of butter, flour, and sugar. But the special ingredient to tie it all together was a nod to her majesty The Queen, utilizing 10 bottles of Sandringham Elderflower Cordial. The cordial, which is made from flowers harvested at one of Queen Elizabeth’s private homes, was used to soak the cake layers to give them incredible floral flavor in addition to being incorporated into the frosting, balancing the sweetness of the cake and making it just the right amount of tart.

But perhaps one of the most interesting parts of baking the royal wedding cake? Ptak and her team utilized the kitchens at Buckingham Palace, instead of her own bakery kitchen, to pull it off.

Royal wedding cakes have typically stood tall, astonishing those who laid eyes on them. After all, it’s a cake fit for the royals, right? There’s just something about the grandeur of an incredibly tall, tiered cake that seems impossibly beautiful.

Prince William and Kate Middleton’s wedding cake featured eight tiers, standing at three feet tall. And for royal wedding cakes, that was actually quite short. Prior to that, Prince Charles and Lady Diana commemorated their nuptials with a five-foot-tall cake, while her majesty Queen Elizabeth and Prince Philip celebrated with an extraordinary nine-foot-tall cake.

But Prince Harry and Meaghan Markle didn’t opt for quite the same magnificent height. Instead, the royal couple chose a beautiful display of multiple cakes, with two single-tiered cakes, along with one two-tiered cake. With the two-tiered cake being the tallest of the display, overall, it was quite modest. However, the cakes were still displayed on royal stands, of course. According to an Instagram post from Ptak, each cake was displayed on a gold ornate stand that came straight from the royal family’s collection.

Because of its smooth consistency and workability, royal icing has been traditionally used for royal wedding cakes. But for Prince Harry and Meghan Markle? They went about as classic as it comes for wedding cake frosting and opted for a luscious swiss meringue buttercream.

Buttercream is certainly the most popular choice for wedding cake frostings, especially if you’re hoping to create a spring-inspired or garden-inspired look. And that’s exactly what Ptak pulled off with her stunning cake design. Each of the cakes that made up the display had a beautiful stark white exterior of elderflower Swiss meringue buttercream, with a bit of texture added to the top of each tier. Then, the cakes were adorned with plenty of fresh blooms and green foliage. But we’re not talking just a few flowers here and there. The wedding cake incorporated 150 fresh flowers featuring mostly British peonies and roses.

The cost of wedding cakes can certainly vary, and often the pricing is all dependent on how intricate the final cake design will be. And while Prince Harry and Meaghan Markle opted for a cake that wasn’t quite as tall or elaborately decorated as other royal wedding cakes, the care put into the recipe, sourcing local and organic ingredients, along with the assembly and decorating, still amounted to quite the bill of $70,000. After all, it did feature 200 specialty Amalfi lemons for the perfect spring-inspired celebration.

28 Two-Tier Wedding Cakes for Any Occasion