Can Love at First Sight Actually Lead to a Lasting Marriage? 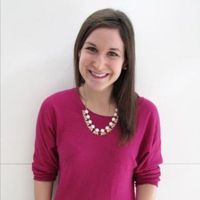 Lauren Levy
Lauren Levy is a writer and editor with over seven years of experience in the bridal industry. Her work has appeared in NBC News, PopSugar, The Knot, and Bridal Guide.
Brides's Editorial Guidelines
Reviewed by
Minaa B. 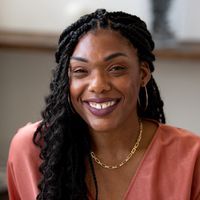 Reviewed by Minaa B.
Minaa B. is a writer, mental health professional, and founder of Minaa B. Consulting.
Brides's Editorial Guidelines
Licensed Master Social Worker
Fact checked by
Cherisse Harris

We’ve all heard the meet-cutes where a couple’s eyes locked across a crowded room at a party or they bumped into each other at a bar and that was it! They instantly knew they found the person they were going to marry. But is this all part of a fairytale that will eventually implode?

“Couples should definitely not worry if they didn't experience love at first sight—it certainly is not a prerequisite in any way for a wonderfully long and happy marriage,” explains licensed marriage and family therapist Sharon Gilchrest O'Neill. “On the other hand, those who thought they did have love at first sight should consider that there is much more to their marriage that needs to likely be better understood.”

Curious to learn more about the love at first sight phenomenon and what it means for a lasting marriage? O'Neill and fellow licensed therapists Rachel Dubrow, Dr. Tania Paredes, and Sofia Robirosa explain.

What Is Love at First Sight?

Love at first sight means that you feel an instant connection to another person, according to Dubrow. “Some people describe this as fireworks, others describe it as moments where nothing else matters around you when you see and talk to each other for the first time. It's the feeling you get when you don't want a moment to end because you feel a connection with another person that you haven't felt before.”

To Paredes, love at first sight is a strong, intense “electricity type of feeling” that is a product of chemistry between two people. She explains, “It can be very euphoric and exhilarating. I’ve been told by patients that it was a similar feeling to being ‘drunk;’ you are completely engulfed in the feeling.”

For others who have felt it—and hoped it would last forever—they’ve described it as “an immediate sense of a person” even if you only see them from across the room at a party, or get introduced when a new person joins the company you work for, or a friend brings someone new along for an evening out. “It is an immediate reaction, usually first about the way a person looks, how they are dressed, their physical motions, their voice, and how they look at you,” adds O'Neill. “There is a feeling in one's gut that there is something special about this person that you are instantly attracted to, and you sense quickly that they feel the same way.”

Is Love at First Sight Real?

It's certainly possible to fall in love at first sight—but there’s a catch. You need to be able to take the time after that first meeting to really get to know each other, explains Dubrow. It’s only then that you can figure out if it's a good match or not.

It is an exquisite feeling. But it isn't love—not the kind of love that marriage requires over the long haul.

O'Neill has found from her time with clients that the concept of love at first sight is much more about an immediate physical attraction, which often plays out. “The sex is great, you like how the person feels and smells, you enjoy their body, you like how they find you so perfect—it is an exquisite feeling. But it isn't love—not the kind of love that marriage requires over the long haul.” This is the kind of love that includes also being attracted to and loving someone's mind, character, values, personality, and skills, which you can’t download instantly upon seeing someone.

Instead, Paredes calls this instant feeling the “Bachelor syndrome” and describes it as “this concept that when you see each other getting out of a car that sparks will fly and you will immediately know if that person is your spouse. It certainly can lead to marriage, but the better question is can it sustain it?”

Can Love at First Sight Lead to a Successful Marriage?

It is possible that love at first sight could lead to a lasting marriage but the odds are, unfortunately, against it, according to O'Neill. That’s because a lasting marriage will go through a multitude of changes in its physical and sexual relationship. This is due to a myriad of reasons, including having children, health issues, and careers that cause ups and downs, stretches of little or no sex, and periods when partners are just not on the same page.

“It is clear in the research that there is a general understanding that an initial level of passion that a couple has at the beginning of a relationship is impossible to sustain,” O'Neill adds. “So given that ‘love at first sight couples’ are brought together so quickly in a physical/sexual high, watching the natural sexual changes as time goes by, is more likely to cause issues in the relationship.”

However, if couples take time to get to know each other after that initial spark before getting married, that flame can develop into a long-lasting marriage. What this looks like, according to Dubrow, is spending time going on dates (virtually or in-person!) that involve doing activities that incorporate each other's interests as well as things you both like individually. “Take the time to talk about short and long-term goals, fears, successes, and what you see for yourself career and family-wise for the next one and five years,” she says. “The honeymoon phase lasts around six months and then people really start to recognize each others' strengths, quirks, baggage, red flags, and everything in between.”

So, as long as you are able to work through that and keep a level head, Dubrow says you certainly have the ability to have a lasting marriage. However, throughout all of this, don’t overestimate the importance of that initial spark. “As important as a physical/sexual relationship is in a marriage, it will never be just about that part of a relationship—but there are a certain amount of pieces to the puzzle of marriage that still have to come together,” reminds O'Neill. “When people come together under the 'spell' of love at first sight, it becomes too easy to think that the rest of the marriage pieces will just fall into place.”

There’s also the belief that one's physical relationship will keep them going or keep them together, but a strong physical and intense reaction at first glance isn't enough to form a marriage that lasts.. “It just doesn't work that way,” she says. “A strong physical and intense reaction can be had at first meeting someone, but it certainly isn’t enough to sustain a lasting marriage.”

It’s important to remember that love is just one of the many components of a lasting marriage. “So is healthy communication, intimacy, honesty, trust, and respecting your partner and his or her goals, dreams, and desires in life,” she adds. “That cannot be sustained by an intense spark—those take time, commitment, and work.”

Misconceptions About Love at First Sight

Although relationship success can bloom from love at first sight, we're busting what romantic comedies made us believe: Lust and infatuation simply aren’t enough to sustain a strong, healthy relationship over life’s natural bumps.

So what else do people tend to get wrong about love at first sight?

What Makes Someone Want to Get Married?