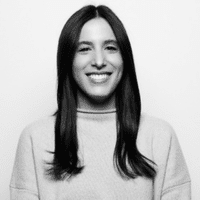 Princess Diana's niece Lady Kitty Spencer is reportedly engaged to multi-millionaire Michael Lewis. According to the Daily Mail, the 29-year-old socialite and her 61-year-old beau have been engaged since December.

A source close to Spencer told the Daily Mail Online that Spencer's family loves Lewis. "She’s been in Cape Town for the holidays and told her mother and the rest of the family," the source said. "Despite his wealth, he’s very humble and low key." Spencer did appear to be in South Africa per her latest Instagram post.

The couple went public with their relationship in May of last year after being spotted together in New York City. They were also photographed stealing a kiss while vacationing in Saint-Tropez this past summer.

Spencer is the daughter of Victoria Aitken and Earl Charles Spencer, Princess Diana's brother. In addition to modeling for brands including Dolce & Gabbana and sitting front-row during fashion week, she is the spokesmodel for Italian luxury jewelry brand BVLGARI. However, it was her appearance at cousin Prince Harry's wedding in May 2018 that earned her global attention.

As for South African-born Lewis, who is five years older than Spencer's father, he is chairperson of fashion brand Foschini and is reportedly worth more than $150 million. He also has three grown children from a previous marriage.

Here's hoping we have yet another royal-adjacent wedding to look forward to in the new decade!

The Best Dressed Royal Wedding Guests of All Time