Jumping the Broom: History and FAQs 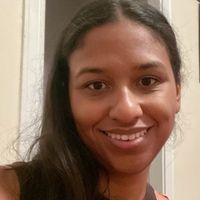 Many cultures have rituals that are integrated into wedding ceremonies to celebrate the heritage and pass down customs to another generation. Jumping the broom is a Black wedding tradition steeped in history.

What Is Jumping the Broom?

Jumping the broom is a traditional act performed at some Black weddings. After vows are exchanged, the newlyweds hold hands and jump over a broom to seal the union.

The broom has different meanings in several cultures. In Christian ceremonies, the broom handle represents God, the straw bristles signify the couple’s families, and a ribbon around the broom symbolizes the ties that bind the couple. In Pagan ceremonies, it is said that the broom handle represents the male phallus and the bristles represent female energy. Learn more about the tradition and how it is integrated into weddings with help from expert Nicole Harris.

Nicole Harris is the owner and creative director of Dreams In Details based in Los Angeles. She plans luxury events and weddings, several of which have involved couples jumping the broom.

The History and Meaning of Jumping the Broom

The history of jumping the broom is convoluted, with several conflicting accounts about the origin of the ritual. Some argue that it originated in West Africa. Brooms were waved over the couple’s head to ward off evil. A broom was then placed on the ground and the couple would jump over it. A good-natured joke was whoever jumped the broom the highest was designated as the household decision-maker.

During slavery in the United States, brooms were readily available to the enslaved and could be used in wedding ceremonies. Enslaved people would jump over the broom to marry since they could not legally wed. Other people argue that slave owners would force them to get married in that manner. After slavery ended, some Black people would still get married by jumping the broom if an officiant was not readily available, and they would legalize their marriage later. Many formerly enslaved people did not feel the need to get legally married and believed jumping the broom years prior was valid enough.

A resurgence of jumping the broom occurred after it was featured in Alex Haley’s novel about slavery, “Roots: The Saga of an American Family” in 1976 and in the television mini-series in 1977. While there are different feelings about the tradition, in modern-day ceremonies, many Black people incorporate jumping the broom into their ceremony. However, there are various reasons why a Black couple may decide not to jump the broom. Some people believe that it is archaic and do not like its ties to slavery. Others may simply not want it to be a part of their ceremony. It is a personal choice.

When does jumping the broom happen in the ceremony?

After exchanging vows and saying “I do,” the officiant will either provide a prayer, poem, or a brief explanation of the meaning of jumping the broom, explains Harris. The broom is then placed on the ground and the newlyweds jump over it.

Who places the broom on the ground?

Anyone can place the broom on the ground—there is no traditional person who takes on this role. However, a couple may choose a significant person to take on this responsibility.

Where does the broom come from?

The broom can be a family heirloom that is passed down through generations. It also can be purchased or be made by the couple, family members, or someone significant to the couple. Brooms can be bought at a craft store and decorated. Several online retailers, like Etsy, sell pre-made brooms or customize it for the couple.

The broom is not the typical household tool that you have in your home. It is usually three feet long and has a wooden handle with natural bristles. According to Harris, most brides customize their brooms. The broom typically has silk ribbons, flowers, intricate beading or lace. Some couples have guests write their names on decorative paper to attach to the broom before being used in the ceremony. This symbolizes the guests and their well-wishes for the couple entering a marriage.

What do you do with the broom after the wedding?

Many couples save the broom as a keepsake from their wedding or pass it down to future generations. When the wedding is over, hang the broom as a beautiful decoration and symbol of your union in your home.