Everything You Need to Know About the Baraat 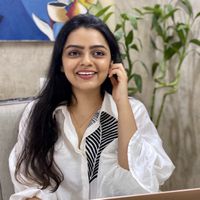 An Indian wedding is populated with many preceding celebrations. These multi-day affairs (whether the couples opt for a lavish or intimate ceremony) are rich with traditions and customs, all designed to make the nuptials a truly once-in-a-lifetime celebration. While some rituals have religious significance, others are intended to amplify the joyous mood. The baraat is one such important event before an Indian wedding.

What Is a Baraat?

A baraat is a celebratory wedding procession for the groom involving live music and dancing. While it does not hold religious significance, it is an important custom nonetheless.

Learn all about the tradition and its meaning straight from expert Devika Narain.

Devika Narain, founder of Devika Narain and Company is one of India’s leading wedding planner/designer and event stylist with a special focus on creating mindful celebrations.

The History and Meaning of the Baraat

If you’ve ever watched an Indian wedding movie, or better yet, witnessed a wedding in person, you may have wondered about the significance of the merry bunch dancing around a man atop a horse (or a coupé convertible)—that, ladies and gentlemen, is the baraat. Narain explains that the idea of the baraat was born when people would go from one town to another to get married. “The baraat (a term used to refer to the groom’s family and friends) would go and stay in the bride’s hometown for over two weeks during which time the various rituals would take place, culminating in bringing back the bride to the groom’s house.” Narain adds that over the years, the baraat has been reduced to a few hours of singing and dancing, with women being a part of the procession as well.

Who is the baraat for?

The baraat is meant to bring the groom to the wedding venue with much pomp and fervor and is a custom that originated in North India but is adopted by other Indian communities as well today. The groom, decked in traditional Indian finery, is usually seated on a ceremonial horse (or an elephant, chariot, or vintage car) as his guests lead the way, dancing. At destination weddings where all functions take place within a hotel, the baraat typically starts at the hotel entrance and ends at the lobby or banquet hall entrance.

When is a baraat held and how long does it go on for?

The baraat is one of the key highlights of the main wedding day and takes place before the traditional vow exchange. An auspicious time is pre-determined to begin the rituals preceding the baraat. The actual song and dance can go on for several hours, depending on the enthusiasm of the group.

What are the customs and rituals involved?

In many communities, the first custom is to tie the groom’s sehra or veil (made of beads or flowers) that is then tied to his cloth turban. The baraatis all wear matching turbans too. Next comes the sawaari or the climbing on the horse (or chosen vehicle) in preparation for the journey. The baraat is welcomed by the bride’s family—a ritual known as milni takes place at the venue’s entrance where the groom’s family and the bride’s family meet. The bride’s mother applies a tilak (ceremonial red dot) on the groom's forehead and performs an aarti to ward off any evil. This is then followed by the jaimala or garland exchange with the bride.

The Evolution of the Baraat

The festivities rarely stop at an Indian wedding, and the baraat has now morphed into another reason to party. Live music—there are bands dedicated to baraats that belt out Bollywood chartbusters. Dhol (drum) players are particularly popular—is the norm. Live DJs sets and performances are also added to the mix now. Flash mob-style choreographed dances are not unheard of either.

You may also spot the groom’s friends in specially designed t-shirts for the baraat or masks of the groom’s face. Some baraats also have traveling bar carts to fuel the festivity.

Narain says that over the years, she has also witnessed the democratization of the baraat: “As the world is becoming more equal, many brides want their own baraat too today. In such cases, the groom’s baraat makes way for the bride’s baraat. In fact, at a wedding last year, the bride and groom danced in a joint baraat as both their mothers received them at the entrance!” she adds.