How to Deal With Difficult In-Laws 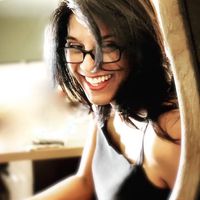 The thing about people is sometimes we don’t get along; the world just doesn’t work that way. When there’s friction with friends or co-workers, it’s easy enough to cut your losses and move on. But when you’re talking about difficult in-laws, however, the rules of engagement are slightly different. Heaven knows that relationships with in-laws provide plenty of fodder for the internet, not the least of which is an endless stream of jokes and stories about how mothers-in-law ruin marriages.

Alas, for better or for worse, in-laws are a part of your life. Plus, there’s also a high probability that your spouse is quite fond of their family, so that means you’ll have to find your way to like them, too. Whether it’s a clash of personalities or a little bad blood from last year’s holiday party, at the very least, you’ll have to figure out how to co-exist and keep the peace.

Ahead, we’ll take a look at how to deal with difficult in-laws and what you should do when family dynamics become problematic and affect your relationship.

Signs Your In-Laws Are Impacting Your Relationship

When asked about warning signs that your in-laws are impacting your relationship, licensed marriage and family therapist Billie Tyler notes that when couples spend a disproportionate amount of time discussing issues with the in-laws, that could be a sign of trouble. Tyler offers, “If most of the discussion between a couple is spent arguing or even just talking about parents, it is probably causing strain on the relationship. If one or both of the partners begin to feel apprehensive or even fearful of interactions that involve the in-laws, this too will take its toll. It may even lead to avoiding the topic altogether, which is also harmful.”

Billie Tyler is a licensed marriage and family therapist who specializes in working with couples and adult family relationships. She has been practicing for over five years in Spokane, Washington.

How To Deal With Difficult In-Laws

Like it or not, in-laws are a part of life. No one says this will be easy, but take heart and know that mothers-in-law that ruin marriages are not a given and there are several ways to deal with difficult in-laws.

When dealing with difficult in-laws, you and your spouse must stand by each other and keep the lines of communication open, no matter what happens. Tyler shares, “Couples must lean into each other, and decide together what their stance is about the role the in-laws play in their relationship. Even if things do not change much with the in-laws, the couple will feel better, and they can navigate the challenges more easily because there is security in knowing they have each other’s back.”

Establish Boundaries and Stick To Them

In order to keep the peace (and your sanity), it’s important to set boundaries, set them sooner than later, and stick to them. When in-laws (or anyone for that matter) are given too much latitude, things can quickly get out of control. Don’t be afraid to set clear limits. If weekly Sunday brunches are a bit much, think about knocking it down to once a month. If money matters or unsolicited parenting advice are off the table, then say so.

Ignoring a problem until it goes away is not a good answer for any issue, including those with your in-laws. Tyler shares, “Turning the other cheek can seem like an easier choice for many.  However, it’s kind of like kicking the can down the road. Eventually, someone would reach a big pile of cans that they have to climb over. If you’re struggling with your in-laws, you may want to actually lean into the discomfort and try and put yourself in their shoes.”

To deal with difficult in-laws, Tyler encourages empathy. “To create a path towards harmony, time must be spent to try and understand the perspective of each person involved. Curiosity and empathy must be the lead in all pursuits of peace. If everyone can feel understood, there is more room for flexibility and change to happen in these relationships.”

Once you figure out where the hostility is coming from, that could make a world of difference in the dynamics of the relationship.

Communicate Directly With the Offending Party

One of the worst things you can do is put your spouse in the middle of the fray. Whenever possible, speak to your in-laws directly. Be honest and clear about what’s bothering you, but don’t make your spouse the intermediary. Over time, this can lead to resentment and put an unnecessary strain on your marriage.

When your in-laws say something offensive or out of line, your first instinct may be to return fire. Rest assured, the only thing you’ll accomplish here is escalating the situation. Instead, try to steer clear of knee-jerk reactions. When your in-laws cross the line, try to give yourself some distance before addressing the situation. Whether it’s a few hours or a few days, a little breathing room can give everyone some time to temper their response. In the end, you’ll likely find that your conversation is far more productive.

Life can be pretty stressful when family members don’t live in harmony. Remember that when you’re on one side and your in-laws are on the other, your spouse is probably the one that gets caught in the crossfire. No one says it will be easy, but there are ways to deal with difficult in-laws. For the sake of your sanity, keep the lines of communication open with everyone, protect your boundaries, and just breathe.

How to Introduce Your Parents and Your In-Laws