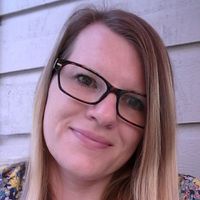 Rebecca Lake has over a decade of experience researching and writing hundreds of articles on retirement, investing, budgeting, banking, loans, and more. She has been published by well-known finance brands including SoFi, Forbes, Investopedia, and more.

Average Length of U.S. Marriages Who's Getting Divorced in America?
Main Causes of Divorce in the U.S. Financial Planning Is Key

Getting married is an exciting event and it can bring some big life changes. You may be moving in together for the first time, buying your first home together, or starting to plan your family, all of which require a solid financial strategy.

Part of that strategy, however, may also need to include a contingency plan in case your wedded bliss doesn't last. In 2016, there were 6.9 marriages in the U.S. for every 1,000 people and 3.2 divorces per every 1,000 people. In other words, just under half of all marriages won't live up to the part of the wedding vows that say "til death do us part."

So what is the average length of marriage in the U.S.? The answer might surprise if you're soon to be married or a newlywed.

Average Length of Marriage In the U.S.

On average, the typical U.S. marriage that ends in divorce lasts just eight years. Worldwide, the average length of marriage can vary widely by country. In Italy, for example, the typical couple stays married for 18 years. In Qatar, on the other hand, the divorce rate is 69.5%, with marriages lasting less than 5 years on average.

So why is there such a difference? One explanation for higher divorce rates in certain states than others is that those states also have higher marriage rates. It's purely a numbers game; more couples getting married means a higher probability for divorce. Divorce rates can also be higher when at least one spouse is getting remarried.

Who's Getting Divorced in America?

From a demographic perspective, there are some noticeable patterns in divorce trends. The average age for a couple going through a first divorce is 30 years old and 60% of divorces involve spouses who are between the ages of 25 and 39. Women are more likely to file for divorce than men and the divorce rate is highest for African-American women aged 50 to 59. Asian women between 25 and 29 years old are least likely to get divorced. The divorce rate for heterosexual couples is double that of same-sex couples. Among all couples 50 and older, the divorce rate has doubled over the last two decades. Having a spouse who's incarcerated is also a strong indicator of divorce; 80% of men and nearly 100% of women in this type of scenario end up divorcing their spouse.

As the data suggests, divorce can affect virtually any type of couple. The next question is, what's leading those couples to call it quits?

4 Expert Tips for Dating After a Divorce In Your 30s

Main Causes of Divorce in the U.S.

According to the Institute for Divorce Financial Analysts, the main causes of divorce fall into three main categories:

Surprisingly, money ranked third on the list, not first. In terms of the kinds of money issues that can contribute to divorce, they include a general disagreement on financial goals and how to manage money; financial infidelity; and having too much debt. Among dating couples who have yet to get hitched, 33.78% said excessive debt was a dealbreaker in pursuing a more serious long-term commitment, according to an article on Finder.

With regard to incompatibility, that's a broad category that can cover any number of things. For instance, a couple may have different political or religious views that could contribute to the breakup of their marriage. On a more superficial level, one spouse may have an annoying hobby or habit that the other spouse just can't look past. And while some couples may be able to move on and rebuild their marriage after infidelity, not all of them can.

The Types of Relationship Betrayal You Should Really Be Aware Of

Financial Planning Can Be Key to a Successful Marriage

While money isn't the only cause of divorce and disagreements in a marriage, it can be a big one. Developing a financial plan, ideally before you actually get married, can help you build a solid money foundation. That includes:

That last one could mean anything from a prenuptial agreement if one or both spouses is bringing wealth to the marriage, or life insurance and an estate plan to preserve any wealth you might accumulate together. Talking with a certified financial planner or another financial professional can help you and your spouse create a roadmap for money management that you can both agree on.

7 Things You Need to Do If You Don’t Want to Get Divorced
Article Sources
Brides takes every opportunity to use high-quality sources, including peer-reviewed studies, to support the facts within our articles. Read our editorial guidelines to learn more about how we keep our content accurate, reliable and trustworthy.