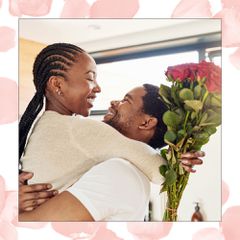 The History and Meaning of Valentine's Day

This is why we still celebrate the holiday of love.

Alyson Krueger
Alyson Krueger has been a lifestyle writer for eight years. She completed her M.A. in Magazine Writing at New York University's School of Journalism.
Brides's Editorial Guidelines

Valentine's Day is one of the country's most popular holidays. Stores put out candy boxes and romantic cards on display months in advance, while restaurants and hotels advertise romantic packages for couples looking for a special way to spend the day. And in case you were wondering, you don't need to be in a relationship to celebrate the holiday. There are plenty of options for friends and family members looking to display their affection as well.

What Is Valentine's Day?

Valentine's Day is a celebration of love that is observed every year on February 14.

But have you ever wondered how this holiday came to be? To learn about its origins and how it has evolved over time, we spoke with Allen Carden, a professor of history at Fresno Pacific University in California. He teaches a class called "Holidays, History, and Values" that explores the origins of some of the most widely celebrated holidays in the United States. He revealed that Valentine's Day has been around since the Roman Empire—that is certainly long enough for humankind to perfect it and make it the whimsical holiday it is today!

Allen Carden is a professor of history at Fresno Pacific University in California. He teaches a class on the history of holidays celebrated in the United States.

17 Valentine's Day Jewelry Pieces For You or Your Sweetheart

History and Meaning of Valentine's Day

When it comes to holidays this old, it can be difficult for historians to determine the real story. "I'll be the first to admit it's difficult to separate facts from legend," explains Carden.

But there are a few details we know for sure: The holiday goes back to the third century, the period 200 to 300 AD when the Roman Empire ruled the world. During this time there were two saints named Valentine who performed heroic acts that made them martyrs within the Christian religion. They were both beheaded by the Romans, one for performing illegal marriages of young couples and the other for preaching Christianity before it was legal. The name "Valentine's Day" probably comes from one or both of them.

The date February 14 derives from a Roman holiday held on that day every year to honor Juno, the goddess of marriage. The celebration included a feast to celebrate health and fertility, both because spring was coming and the Romans wanted their plants to grow and also because of human fertility. "Legend has it that for the feast there was a drawing where young men drew the name of a young woman who they would escort to the festival, and who knows what else," admits Carden.

Once the Romans lost power and Christianity took over, February 14, now called Valentine's Day, was celebrated. In the Middle Ages, people believed this was the date that birds chose their mates. "It was a little farfetched, but it was part of the intrigue," adds Carden. They believed in England that if you met or dreamed about someone on this day, they could be your true love.

Other Valentine's Day traditions evolved over time. "In the 1600s, in England and other parts of Western Europe, the custom came of sending romantic messages to one's beloved," says Carden. "Late in the 1800s, something new was developed where you could send someone a comic Valentine's greeting. Some of these messages were offensive and off-color, so the postal system even stopped delivering them."

In the late 1800s, the holiday was also commercialized, with businesses printing and selling pre-written Valentine's messages. Around that time, people started giving candy and flowers to loved ones or going on romantic getaways with their partners. "It's been this way for most of the 20th century," reveals Carden. "It really hasn't changed much since."

Valentine's Day has long been one of the most widely celebrated holidays in the United States. "In the second half of the 1800s, particularly after the Civil War, the celebration was a major event in the United States, surpassed only by the popularity of Christmas," says Carden.

The holiday has also maintained its meaning and significance over time, a remarkable feat for a holiday this old. "Historians call [some of our holidays] degenerate holidays, which means they once had a more noble origin. For example, we have All Hallows' Eve, which has turned into Halloween. It is a key example. Instead of celebrating the righteous lives of saints, it's a 'ghoulish, let's have fun with death and witches and black cat' thing," he explains. "But Valentine's Day still celebrates romantic love, which it has always done."

In the United States, varying levels of importance are given to Valentine's Day. Some couples look forward to it all year and see it as the perfect opportunity to display and declare their love. Others find it to be a forced commercial holiday and want to avoid it altogether, choosing instead to show their affection on their own schedule. Carden says that because it isn't a religious holiday anymore, people can choose how and to what extent they want to mark the day.

A common way people celebrate Valentine's Day is by giving loved ones (significant others or family and friends) an assortment of gifts, including cards, candy, and flowers. "I'm sure it's a great day if you are in the greeting card business, the cut flower business, or the candy business," says Carden.

Many couples opt to spend the holiday together, either having a romantic lunch or dinner or going out of town for the evening where they can really focus on one another. Groups of single friends, especially women, also celebrate the holiday together, focusing on friendship, community, and other forms of love.

Valentine's Day used to be a holiday that men had to plan and initiate. "It used to be that the male would take the initiative on buying candy, flowers, or cards, or organizing the romantic dinner. Now it doesn't have to originate with the man. There is more gender equality," explains Carden. In short, whoever wants to show their love on February 14 is welcome to.

A Guide to Celebrating Valentine's Day