5 Grooms Reflect on Wedding Planning and Share Their Best Advice

Grooms spill what they learned from planning. 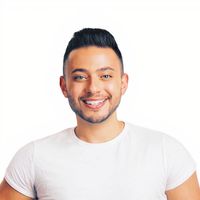 Joey Skladany is a writer, editor, TV/radio personality, and lifestyle expert. He began contributing to Brides in 2021.

Here comes the groom—and it’s about time! While weddings certainly give brides the spotlight on their big day, many men are stepping up to ensure that the ceremony and reception are reflective of the traditions, tastes, and personal touches that define them as a couple. This welcomed redefinition of gender roles and stereotypes, especially with the rise in same-sex marriages, could not come at a better time. Grooms may not have dreamed about the details of their wedding since they were younger, but they certainly want a big say when it comes down to finalizing the important decisions. In fact, they’re even willing to assume their fair share of anxiety-inducing tasks to take pressure off their partners. Oh, how far we’ve come!

But, with different couples comes different sets of priorities and skill sets, making each circumstance unique to the dynamic of a relationship. Whether you’re a groom-to-be or a bride who wants a male perspective on wedding planning, we chatted with five dapper gents and asked them to reflect on their special day, provide tips for future grooms, and divulge what they would have done differently. The responses unsurprisingly vary, but one thing’s universal: All of them ultimately wanted to make decisions that made their partner happy.

What are your top three tips for grooms?

“First, agree to a budget with your fiancée, then don’t get bitter when it goes over. It’s going to go over. Second, don’t ever be the most drunk guy at the party, and this is especially true at your own wedding. It’s a magical night; you’ll want to remember it. Third, have fun. It’s stressful leading up to it—invites, seating arrangements, timing, weather, but when it’s finally happening, have fun. It’s a party for you.” -Peivin Lee, 35, senior audience producer at NBCUniversal

“First, you might think that you don't have an opinion on a certain aspect of the wedding, but it's best to keep tabs on everything just in case. This goes for your vendors and your spouse to be! It's much easier to share your opinions early on than to chime in once everything is in motion—or have a ‘meh’ response later that won't be received well. Second, you will spend more money than you planned or budgeted. For us, it was smaller things that all added up: the cute custom cake topper we found on Etsy, the must-have item for the welcome bags, extending the open bar at the after-party for an extra hour or two. We'd padded our original budget so we could do these things and I'm glad we did! Third, the advice that another couple told us before the wedding was very helpful; there's something that will go wrong on your wedding day that nobody will notice but you. Sure, there were little things that went wrong but we just took a deep breath and enjoyed ourselves.” -Jason Bolicki, 40, founder and executive producer of Exit Four

“First, have a wedding that is a unique reflection of both you and your partner. Don't just have a cookie cutter wedding that blends in with all the others. Second, the guests focus most on the open bar. Make sure you get the best available option at your venue, even if it means compromising on other smaller things. Third, in the end, not everything will go exactly as planned. Don't stress about it on the day. It's the day you're getting married, so enjoy it!” -Arjun Menon, 32, investment strategy at Goldman Sachs

“First, don’t be afraid to have an opinion about decisions. It’s your day, too. Second, your group of groomsmen does not need to be 15 guys deep. No one will be offended if they get left out. You know who the people to include are. If you have to question if they should be included, then they are a no. They will get over it. Third, relax the day before and the day of the wedding. Once it starts, it goes by so quickly. Try and soak in as much as you can. You will get nervous, even if you think you won’t, and having a clear head helps you focus on just your bride which, at that moment, is all that matters.” -Dr. Steven Schwartz, 34, CEO of ChiroCare of Florida

5 Rules for Choosing Your Bridesmaids and Groomsmen

“First, get clear on the budget early. Having this figured out first allows for more enjoyment throughout. Second, determine your must-haves. This helps drive priority and will help decision-making. Third, remember you are in it together. This is the first of many stressful endeavors with your partner. Good communication is key.” -Matt Dulle, 32, data analytics at Visionworks

How much influence did you have on the overall wedding? Did you feel like it was a collaborative effort?

“As much as a marriage is a partnership, it truly is the bride’s day on the wedding day. Give your one or two must-haves, like WWE wrestling entrances, and then let her have her 307 must-haves. She’s got creative control over picking the food, music, everything. I was okay with it. Do fun negotiations: I got scalloped potatoes for ‘Uptown Funk’ after it was overplayed three years later.” -Peivin Lee

“Our wedding was very much a collaboration. We made sure we were in agreement on the ‘big decisions’ like venue, food, officiant, and entertainment. We didn't have a wedding planner so we each took the lead on different aspects—I handled the welcome event, welcome bags, and after-party, for example, while Adam worked on all the floral, table design, and ballroom layout. But, we were both sure to get each other's sign-off before finalizing anything.” -Jason Bolicki

9 Things to Know If You Aren't Hiring a Wedding Planner

“Yes, absolutely. My partner and I wanted to plan the wedding together so almost anything wedding-related was discussed and approved by the both of us. I wanted to be part of the process and not just put the whole burden and stress of wedding planning on my partner.” -Arjun Menon

“I was involved in all of the major final decisions. Choosing the band, food, and drinks were the most important to me—that process I was involved with from beginning to end. I was included in things such as flowers, invitations, and table settings once the options were narrowed down. This is exactly the level of involvement I wanted. “ -Steven Schwartz

“I would say a 30/70 split, which was fine with me. Set expectations early and if you want influence, be involved.” -Matt Dulle

What elements of the wedding were most important to you? Any customs or traditions you wanted integrated?

“Marrying my complete opposite and being interracial had some fun integrations. She’s religious, I’m not. I’m Chinese, she’s not. The officiant got her favorite Bible verse in, and I got my Chinese Tea Ceremony in.” -Peivin Lee

“There aren't many rules when it comes to gay weddings, so we were able to incorporate traditions, but with our own twist. The bouquet toss is always fun and a way to get people up on the dance floor but we didn't have a bride. So, we did a double bouquet toss! We did mother-son dances back-to-back. We had a violinist perform during the ceremony, but it was our friend Shane, a.k.a. the drag queen Thorgy Thor. We decided not to have wedding parties but we wanted to incorporate our families into the ceremony. I asked my brother to read a blessing that was read at my parents' wedding and Adam's cousin read a poem from his parents' wedding ceremony. It was a nice way to incorporate family if you're not up for wrangling a huge wedding party.” -Jason Bolicki

“Being from India, I wanted to incorporate Indian touches during our wedding, such as tying a gold necklace on my partner's neck during the ceremony, a choreographed Bollywood dance, and Bollywood music during the dance party. I wanted our wedding ceremony to also be personal, which is why we had a friend marry us. Finally, I wanted to have good food, booze, and music because that's what would make it a blast for our guests.” -Arjun Menon

“I wanted to make sure both of our families, especially grandparents, were included equally.  This was a time where two families became one and it was important to make sure that not only were Alli and I the main focus but our whole family was highlighted as well.  We had certain traditions that my mother had started with my sister and wanted to continue on that will be passed down from generation to generation. But just the simple things of what grandfathers Kidish cup and who’s talas we would be wrapped in we wanted to make sure both sides were represented appropriately.” -Steven Schwartz

“The ceremony and reception bar. I wanted to maintain a rather traditional ceremony and make sure we had a good bar during the reception for all our guests.” -Matt Dulle

Is there anything you wish you would have done differently?

“Hire a videographer! Never thought I’d want to rewatch a wedding and I judged others who did but I was wrong and I’d love to see those WWE wrestling entrances now.” -Peivin Lee

“The pandemic delayed our wedding for a year, so we had plenty of time to plan. The most stressful part was navigating state Covid guidelines and restrictions. About eight weeks out, dance floors were still closed at wedding ceremonies. Wondering how we were going to keep people entertained for four hours, we decided to ask a few talented friends of ours to perform some songs during the reception. Even after dance floors were allowed to reopen, we decided to keep the performances, and those became the most magical and memorable moments of the reception.” -Jason Bolicki

“Nothing major. I wish I had planned the morning of the wedding better. I was so focused on the wedding itself that I didn't really take the time to plan out my morning and afternoon, which would have probably resulted in less stress on the day and also better family photos. The wedding didn't go exactly as planned but in a way, that's part of what made it unique and so I definitely do not wish it went any other way.” -Arjun Menon

“I can honestly say it was perfect. I wouldn’t change anything about it. To this day, friends and family say it was one of the best weddings they have ever been to.” -Steven Schwartz

“Don’t sweat the road bumps along the way. Things will come up, but stick to your overall budget and high priorities and all will be well. Celebrate throughout the process.” -Matt Dulle

40 Mistakes All Grooms Should Avoid Making