25 Photos That Will Convince You to Have an Iceland Wedding 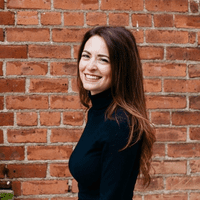 Hillary Hoffower is a writer with more than six years of experience covering the wedding industry. Her work has also appeared on Bridal Guide and WeddingWire.

If you’re in search of an adventurous and stunning place for an elopement or destination wedding, look no further than Iceland. More and more couples are flocking to the country's black shores, gushing waterfalls, ice lagoons, bubbling thermal springs, and rolling green hills to tie the knot, and who can blame them? The Nordic island is so magical, it’s like stepping into another world.

A sprawling vista of natural wonders, Iceland is rife in beautiful contradictions, where rich greenery meets frozen tundra and ice meets lava. Marked by dramatic backdrops, its signature is romantic melancholy scenery—but when the sun does shine, the ethereal beauty that results (including the occasional rainbow) is equally as compelling. With so much magic laid out before you, how can you possibly choose where to hold your ceremony or wedding portraits?

The 30 Wedding Photos You Need to Take

The little black Búdir Church is always a good place to start—and conveniently, not far from Hotel Búdir. Famous for its history since the early 1700s and for its notable attraction to newlyweds, this charming chapel sits among a vast landscape and endless sky. For the more adventurous duo, on the same Snæfellsnes Peninsula is the Gatklettur Arch Rock at Arnarstap, a natural bridge that can be described as nothing other than incredible, promising to make for some unforgettable portraits.

There’s also the Reynisfjara Black Sand Beach in Vik; its striking basalt columns, lava created sand, and incredible cliffs and caves have a moody, rugged effect. Or, you could head north for some icy enchantment to Langjökull or Vatnajökull, two stunning glaciers. And don’t forget the majestic waterfalls awaiting your every turn—Seljalandsfoss and Skógafoss would make for wildly gorgeous elopement spots. As Cole and Jakob of Nordica Photography, who have shot many weddings and elopements in this otherworldly realm say, “Iceland is the most epic place on Earth. The secret’s out."

No matter which highlighted spot you choose, Iceland is so magical that you really can’t go wrong. Behold, proof that you and your other half need to book your tickets to Iceland, stat.

The foggy skies of Iceland cast a mystical spell over its beautifully rugged coastline, making for a stunning ceremony backdrop.

Iceland is known for its magnificent waterfalls, and this dramatic, otherworldly highlight at Reynisfjara Beach doesn’t disappoint for a dream elopement spot.

There’s no denying the icy magic of the glacial lagoon of Jökulsarlón. It's Iceland's largest lake, and the icebergs are made up of ice from over 1,000 years ago.

This couple pops against the rich green textures of Vík’s landscape, which creates an enchanting vibe.

This just might be proof that Gatklettur Arch Rock is arguably the most epic spot in all of Iceland. It's perfect for the adventurous duo and makes for the most stunning photo location.

What could be more romantic than dancing on a clifftop? We love the way the wind gusts this bride’s dress into the breeze.

It’s hard to believe, but this breathtaking view of pastel, snowy mountains exists in Kjos, Iceland.

A quick stop in the middle of an Icelandic road for a passionate kiss has a fairytale-like feel.

Iceland isn’t always dark and moody—when the sun shines, its blue skies and blue shores are just as pretty as its usual melancholy appeal.

Edgy meets glam with this stunning couple on an equally stunning large rock formation looking out onto the sea.

With a lake that reflects the beauty above, this shot is so picturesque it looks like a painting.

Talk about a swoon-worthy location for portraits. Mother Nature certainly created stunning work with this lush ridge and valley marked by a majestic waterfall.

Who knew a volcanic crater could have such an ethereal effect, unleashing a smoky pink and grey sky behind this daring couple? We can't get enough of this view.

We’re green with envy over this couple’s wedding portrait—the sloping green, the rising mountain, and the endless sky are just incredible.

There’s something so compelling about Icelandic skies, meeting with the terrain for raw, natural beauty.

This couple found the ultimate spot—an infinity of green ridges makes for one breathtaking sight.

Seriously, how adorable is Búdir Church? We totally get why it’s such a hot spot for wedding bells in Iceland. Its quaint charm is perfectly captured here—still and serene with a burst of wind.

When the storm breaks, beauty ensues. There may be no leprechauns at the end of this rainbow, but it’s just as magical with a newlywed couple below.

Iceland’s sweeping landscape departs from its harsh hues to take on soft tones, creating a stunning moment for this classic couple.

From towering basalt columns to the lava ground, Black Sand Beach will put a mysterious, bewitching, and gorgeous spin on your typical walk on the beach.

With views as insane as these, who can blame this couple for whisking away from New York City to tie the knot on top of a glacier in Iceland?

Your Own Mini Island

Iceland may be one epic island, but its miniature islands are just as nice—especially when they serve as your own little ceremony location.

How Much Does a Destination Wedding Cost?