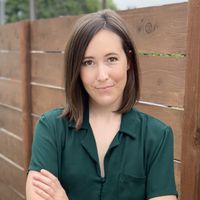 When an NBA star and an A-list actress come together, you get one of Hollywood’s most iconic power couples. Gabrielle Union and Dwyane Wade have been together for 13 years and married for six. From their fleeting first meeting at a Super Bowl party to their strong marriage and advocacy work, here is everything you need to know about Gabrielle Union and Dwyane Wade’s relationship.

Dwyane and Gabrielle met for the first time at a Super Bowl party in 2007, however, it was not necessarily love at first sight, as Dwyane was in the early stages of a messy divorce from his high-school sweetheart Siohvaughn Funches and Gabrielle had divorced her first husband, retired NFL player Chris Howard, a year earlier and was dating someone new at the time of the party. "I stayed on one side of the room with my people," Gabrielle told Essence. "We like to party and he doesn't drink at all. He was on the other side of the room holding bible study."

July 17, 2010: They Take Their Relationship Public

After dodging dating rumors for several years, the two finally took their relationship public by attending the 2010 Summer Groove charity bash as a couple and posed for photos. However, behind the scenes, Dwyane was facing a bitter custody and divorce battle with his ex, and Funches even named Gabrielle in a lawsuit, claiming the actress engaged in "sexual foreplay" with Dwyane in front of the children. Dwyane continually denied the accusations by his soon-to-be ex-wife.

January 24, 2012: The Couple Appear on Essence Together

A year after Dwyane is awarded sole custody of his children Zaire and Zaya (he told The AP it was “a huge weight...off my back”) and his ex dropped the lawsuits, Dwyane and Gabrielle appeared on the cover of Essence together. However, at the time, neither of them had marriage on the mind.

“We’re not rushing it,” Dwyane told the magazine. “Both of us have been married before, and we understand that if we choose to marry again, we want it to be right. We both took failing at marriage hard. The next time it's gotta be forever."

Throughout Dwyane's divorce proceedings, the lawsuits against Gabrielle, and the rumors that the actress broke up Dwyane and Funches’ marriage, Gabrielle remained silent, opting to take the high road. In 2012, she finally told Jet magazine, "I think people mistook me taking the high road as an admission of guilt. Dwyane and I made a decision very early to not react to the negativity.”

When their work schedules became too overwhelming, the couple decided to separate for a few months in early 2013. Looking back on this period, Gabrielle told Glamour that “when Dwyane and I broke up briefly in 2013, it was because of distance and scheduling. I finished filming [Being Mary Jane], then I flew to Vegas right away to start shooting Think Like a Man Too. I couldn’t take time off, and I missed some quality togetherness we desperately needed...Moving forward, I decided my work schedule has to make sense for our family."

It was later revealed that while they were on a break, Dwyane fathered a child with actress and Basketball Wives star Aja Metoyer (who later gave birth to their son, Xavier, in November 2013). “I had a child with someone else and I had to tell her,” Dwyane said in his ESPN doc, D Wade: Life Unexpected. “Hardest thing I’ve ever had to do is man up and tell Gabrielle Union that I’ve had a child with somebody else. I couldn’t sleep. I wasn’t eating.”

Around April 2013, despite the news of Dwyane's new son, the couple decided to get back together. “At the end of day, we came back together and said, 'Listen, we want to continue this. We want to try to continue to get better each day.' She's been with me and I've been with her all summer long. We're going strong now,” Dwyane said on The Tonight Show.

With the help of his kids, as well as his nephew Dahveon, whom he also raises, Dwyane proposed to Gabrielle with an 8.5-carat cushion-cut diamond on December 21, 2013. Together, the entire family held up signs that read: “Will you marry us?”

“The thing is, they ask me [to marry Dwyane] all the time, so I'm thinking, 'Well this is embarrassing, now they've made signs,'" she joked on Live With Kelly and Michael. "I turn to D like, 'Ugh, they just made some signs,' and he's down on one knee—and he's like, 'Will you marry us?' And I was like, 'Oh, you're serious!'"

“The boys had been pushing for us to be a ‘real’ family,” Gabrielle also told Oprah during the family’s special, Oprah at Home with Gabrielle Union, Dwyane Wade & Their New Baby.

February 2014: Gabrielle Gets a Prenup

On the Arsenio Hall Show, Gabrielle said she asked her future husband to sign a prenup. "The biggest difference between this and the last marriage will be a prenup—at my insistence," she said. "When you have your own stuff, you don't need to worry about anyone else's stuff. So everyone should go into the relationship knowing, 'I'm here for you and you're here for me.' And the reality is I've never seen Dwyane balance a checkbook, so I gotta protect my stuff. It's the wave of the future."

After an eight-month engagement, the couple said “I do” at Chateau Artisan in Miami, Florida. She previously told Arsenio Hall that the wedding would include "no bridesmaids, no groomsmen. It's just us and the kids. And we're just riding out, just us.”

Gabrielle wore a white strapless gown designed by Dennis Basso. The wedding hashtag was appropriately and perfectly: #TheWadeUnion. Right after the wedding, the couple jetted off to the Maldives for an epic honeymoon.

October 2017: Gabrielle Opens Up About Her Infertility Struggles

After the couple tied the knot, Gabrielle constantly dodged questions about her fertility and after four years of being hounded by the media about her future baby plans, she revealed that she’d been struggling to conceive for years. "For three years, my body has been a prisoner of trying to get pregnant—I've either been about to go into an IVF cycle, in the middle of an IVF cycle, or coming out of an IVF cycle,” she wrote in her book We’re Going To Need More Wine: Stories That Are Funny, Complicated, and True. During this period, she discovered that she had adenomyosis, which is similar to endometriosis, and caused her to suffer “eight or nine miscarriages.”

On November 7, 2018, the couple surprised everyone when they announced the birth of their daughter Kaavia James Union Wade. Kaavia was conceived via surrogacy, a fact that Gabrielle plans to be very open about as her daughter grows up. “We want her to know everything it took to bring her into this world, usually around the time she starts talking back. We want her to really understand what we went through,” Gabrielle told Oprah during their special.

February 11, 2020: Gabrielle and Dwyane Re-Introduce Everyone to Their Daughter Zaya

Dwyane's teen daughter Zaya came out as transgender, with the pro baller telling Ellen Degeneres: “Zaya, our 12-year-old, came home and said, 'Hey, so I want to talk to you guys. I think going forward, I'm ready to live my truth. And I want to be referenced as she and her. I'd love for you guys to call me Zaya.”

Gabrielle then introduced the teen to the family’s fans on social media, writing, “Meet Zaya. She's compassionate, loving, whip-smart and we are so proud of her. It’s OK to listen to, love & respect your children exactly as they are. Love and light good people.”

Gabrielle and Dwyane both landed on Time Magazine’s 100 Most Influential People of 2020 list for their allyship to the LGBTQ+ community and their parenting and support of their daughter Zaya. “She is intentionally directing her attention, influence, and resources to advance an agenda that deliberately celebrates the most marginalized among us, including Black women and girls and queer and trans folks," advocate Tarana Burke wrote about Gabrielle for the magazine.

Everything to Know About Russell Wilson and Ciara's Relationship