Everything You Need to Know About Fascinators

The popular British headwear is commonly worn at weddings. 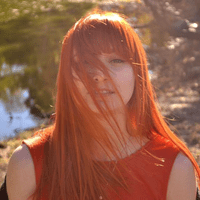 Rosemary Leger
With a background in fashion production and design, Rosemary Leger previously served as the editorial and executive assistant at Brides.
Brides's Editorial Guidelines

While there may be no royal wedding in the works right now, we're still dreaming about royal nuptials past. One of our favorite fashion details (besides the wedding dress, of course)? The royal wedding guest attire. And more particularly, the fascinators.

What Is a Fascinator?

A fascinator is a high-society headpiece that is often worn by women at weddings and other events in the U.K. It's an alternative to a hat and usually consists of a large decorative design attached to a band or clip.

It's hard to pinpoint the fascinator's exact origins, but they can perhaps be traced back to the 1770s when Marie Antoinette frequently placed feathers in her updos. In the 19th century, fascinators became known as lightweight knitted headpieces, and in the 1980s, the style was popularized by London-based milliners Stephen Jones and Philip Treacy who often created pieces for British celebrities.

Inside the Famous Churches Where Royal Couples Say "I Do"

Americans became obsessed with the word "fascinator" during and after Kate Middleton and Prince William’s royal wedding. It was mentioned in every report from the extravagant day that was as much about fashion as the new royal couple themselves. Their obsession continued well into Prince Harry and Meghan Markle's wedding seven years later. Viewers worldwide were given a window into how people dress for weddings in England and the world became enamored with fascinators.

Why does one wear a fascinator? What does it symbolize?

For some women, it represents a status symbol or honoring tradition, for others it's pure fun. Depending on the event, there’s often an unspoken competition for best fascinator or headpiece, and that’s where the fun ensues. Some of my customers wear them as a form of self-expression, especially the more elaborate and artistic pieces.

What differentiates a fascinator from other types of headwear?

Not everything that is worn on the side of one’s head is considered to be a fascinator. Usually, it's created with some feathers, veiling, crib, and a wide array of embellishments that have mass appeal.

Are there certain fascinator styles that are more appropriate for a wedding?

It all depends on the requirements set forth by the couple on their invitation. If you’re invited to a wedding in the British Isles, it will be specified in the dress code. Often the word “encouraged” is used. It has, however, become a tradition to at least embellish your head with something chic and classic, and that’s why fascinators have become so popular for weddings. For wedding season, I work mostly with sinamay straws, paradisal straw-like structures that are beautifully elegant and impeccably adorned.

What is typically worn with a fascinator?

It depends on the intricacy, embellishments, and overall design of the headpiece. They look great with a dress or a sophisticated well-fitted pantsuit. I like to assist my clients with the final details. I always take a photo of my clients wearing the fascinator correctly for their reference later. One should have a cohesive look head to toe—there is nothing worse than a fascinator as an afterthought.

How should I style my hair while wearing one?

As long as you're able to securely fasten the fascinator to your head, how you style your hair is up to you. Just keep in mind that, traditionally, they're worn on the right-hand side.

Go to a milliner who is experienced with special occasion headwear. Most importantly, find your comfort zone and don’t go out on a limb.

Are there any fascinator trends we should know about?

Anything from perchers to bold and unusual architectural shapes will be in demand for weddings. Head-to-toe monochromatic color palettes are always on-trend and, of course, there are many variations of classic disc-like structure—from wide to upswept shapes with twists and turns.

How have the fascinator styles evolved over the years?

There are many new and innovative millinery materials and techniques available. There are also many creative couture headpieces designed in interesting and modern fabrications. Truly, the sky’s the limit.

Ahead, we've rounded up some of the best royal fascinators in history.

Princess Beatrice often has some of the most unique fascinators in the royal family as seen here while arriving at the wedding of Prince William and Kate Middleton. It's no wonder, then, that she also donned a to-die-for headpiece for her very own wedding, a tiara that Queen Elizabeth also wore on her big day.

Princess Beatrice's younger sister Princess Eugenie is also in the running for best fascinator style in the family. This particular one was made by London milliner Philip Treacy and worn for the wedding of Prince William and Kate Middleton.

When in doubt, get inspiration from Kate Middleton’s personal style. She always looks perfect for every occasion and she never misses the mark on her headwear selection. Here she is at the wedding of Laura Parker Bowles and Harry Lopes.

Your fascinator doesn't always have to be color-coordinated with your outfit, as Naomi Campbell shows here. For the royal wedding of Prince Albert II of Monaco to Charlene Wittstock, she matched her floral fascinator to her floral-print dress.

For her first public event wearing a fascinator, Meghan Markle opted for a brown bespoke one created by none other than Philip Treacy. She donned it during Christmas Day church service, proving that the popular headpiece can be worn outside of weddings.

Princess Maxima of The Netherlands

The higher the fascinator, the more you'll get noticed. Here Princess Maxima of The Netherlands turns heads in a feathered style to attend the wedding of Prince Guillaume of Luxembourg and Stephanie de Lannoy.

Model Lara Stone wore a sculptural white fascinator to the Racecourse in Ascot, England. Races are another event where headpieces are commonly worn—both stateside and across the pond.

We weren't kidding when we said Princess Beatrice outshines the royal family when it comes to her fascinator choices. This butterfly-riddled one—created by Philip Treacy and worn during the marriage of her cousin Peter Phillips to Autumn Kelly—is one of our favorites.

Actress Mischa Barton wore an eye-catching pink fascinator to the Melbourne Cup at Flemington Racecourse. The headpiece was affixed to the side of her head, we imagine with the help of lots of bobby pins.

Princess Anne and Princess Margaret—both in spring colored fascinators—wave to onlookers during the 1981 wedding celebration of Princess Diana and Prince Charles.

Lady Kitt Spencer looked absolutely regal during the wedding of Prince Harry and Meghan Markle in her matching green fascinator and dress. Netted veils are common additions to fascinators.

Kate Middleton wears a white floral fascinator as she heads out to the Royal wedding of Zara Phillips and Mike Tindall. The wide-brim is reminiscent of the larger than life hats often seen at the Kentucky Derby in the states.

Kate Middleton's younger sister Pippa Middleton wore a dainty pink and white fascinator to the wedding of Prince Harry and Meghan Markle. The style mimics the flowers that dot her dress.

For the opening day of Royal Ascot, Meghan Markle wore a black and white Philip Treacy hat. There's a strict rule at the horse race that requires women to wear hats with a four-inch base minimum.

Sisters that sartorially match their fascinators together stay together. Here they look dashing in blue for Prince Harry and Meghan Markle's wedding.

The People's Princess looks darling in all green during a visit to Bristol.

Zara Phillips Tindall, the daughter of Princess Anne and Mark Phillips, is also very much in the running for the most unique fascinators in the royal family. An Olympic equestrian, she's used to being on the racetrack but doesn't disappoint, style-wise, when she's observing. Take this distinctive piece she wore during the Cheltenham Festival at Cheltenham Racecourse for example.

Actress Angelina Jolie looks darling in her off-white fascinator as she looks on during a commemoration and dedication service at St. Paul's Cathedral. Her headpiece is a proper and chic bow on top of her outfit.

Speaking of fabrics, velvet is a great choice when wearing fascinators in the colder months. The Duchess of Sussex looked particularly cozy in her navy number while attending the 91st Field of Remembrance at Westminster Abbey.

This simple structural number from Beatrice still stands out for its vibrant orange color. She wore it during the Ladies Day of Royal Ascot at Ascot Racecourse.

The Best Fascinators From Prince Harry and Meghan Markle's Wedding