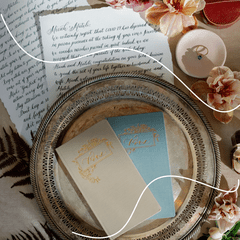 Alyson Krueger
Alyson Krueger has been a lifestyle writer for eight years. She completed her M.A. in Magazine Writing at New York University's School of Journalism.
Brides's Editorial Guidelines

If you've decided a big, formal wedding isn't for you, you are hardly alone. Eloping has become much more popular during the pandemic and it looks like the trend will continue. There is something magical and romantic about saying vows to one another in private without a crowd.

Once you've decided to elope, however, you might have questions. Is the ceremony the same as if you were having a more traditional affair? Legally speaking, is there anything that must be said during an elopement ceremony to make it official? Should you plan the script or can you wing it?

To answer your questions, we turned to Aretha Gaskin, a wedding officiant in New Jersey. Many of her clients have always dreamt of having an elopement ceremony and she helps create an ideal experience for them. We also consulted Colorado-based elopement photography business Adventure Instead for a sample elopement ceremony script.

Read on to hear their tips about writing a memorable elopement ceremony script.

One of the great advantages of an elopement ceremony is there is no audience to please. The officiant doesn't need to welcome the couple's friends and family members to the occasion or provide a narrative of the couple's background and love story. There is no need to include a prayer or ritual just to please a family member. In short, the couple can choose everything in the ceremony based on what is meaningful to them.

While some couples want a ceremony full of vow exchanges and poems, others prefer to keep it short and easy, uttering a few carefully chosen words. "It's really what the couple wants," says Gaskin. "An elopement ceremony script can be as simple or as elaborate and beautiful as a traditional ceremony script."

Couples who are having a traditional wedding at a later date usually skip some of the wedding formalities, Gaskin adds. "During the pandemic, the elopement script took on a different format in that it was simpler with an opening, closing, vows, and maybe a prayer. If the couple was planning a big wedding later they wanted to keep all the other pieces like rituals and acknowledgments for later."

Here are easy-to-follow tips for writing the perfect elopement ceremony script as well as answers to commonly asked questions.

Who should write the elopement ceremony script?

When should you write the elopement ceremony script?

"I dive into the scriptwriting right after the couple books the service, especially if the date or time is around the corner," admits Gaskin. "I never just make up a ceremony on the spot. I always come to the ceremony prepared and ready."

The more time and thought you put into the script the more meaningful it can be, too. "The biggest mistake couples make is thinking that just because it's an elopement, it can't be beautiful and memorable. It can and should be memorable, even if they are planning the big wedding for later."

Is there anything that must be included in the elopement ceremony script?

"Any script should always include the legally required part, which is the declaration," says Gaskin. Everything else is optional.

Is there anything that shouldn't be included in an elopement ceremony?

The answer is no. Couples can do anything they want from having the officiant give a sermon to walking down the aisle. It's your big day, so include anything that feels right to you.

If you're thinking about your own elopement ceremony script or writing one for someone else you don't have to start from scratch. Adventure Instead, a Colorado-based photography company that specializes in elopement ceremonies, has written a thorough template.

You’re not speaking to anyone except your partner, so it can be a sweet moment to "check-in" before saying vows. You can voice a check-in by saying, "Are we ready?" or "I can’t wait to marry you." You can also check-in physically—grab your partner’s hand or arm, or give them a hug.

Even a smile can help collect you both and give pause before going forward. Whether you spent the morning getting ready together, or if you chose to see each other for the first time at the ceremony, a "let’s do this" moment before jumping into your vows can help time slow down and savor the experience.

Even though it’s just you two, this can be as personalized as you want! A two-person elopement ceremony can still use the traditional "in sickness and in health..." script. Or, you can write totally personalized vows! Share your hopes for the future, your favorite memories, the qualities you love most about your partner, or what your partner does that makes you smile or laugh. You can literally make "vows" by promising what you hope your future together will be, or you can share a dream of what life with your partner will look like—everything from nights at home with a favorite movie, to trips halfway across the world to see a place you both dream of going, your vows are all about life with your partner!

Legally binding or not, declaring that this person is your partner going forward is a super sweet way to move into the next part of your ceremony. A declaration of intent to commit to each other literally takes you both into the next chapter of your lives together. You can say, "I do," or "I will," or "Let’s do this!"

Exchange rings, kiss, leap for joy, whatever you want! This is the moment you "seal the deal," you’ve said "I do" so now do whatever it is that you want to show you’re taking the next step.

How you end your private ceremony is totally up to you. When you’ve completed this ceremony you’ve begun the chapter of your life together as committed partners, you can step into this moment however you want. You can kiss, take a shot, pop some Champagne, or dance to your favorite song—since you don’t have guests present, however you "present" yourselves as a committed couple is 100 percent for you two.