21 Creative Ways to Decorate Your Wedding With Disco Balls 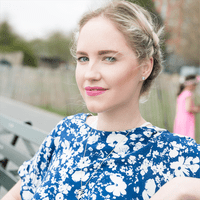 Hannah Baker
Hannah Baker is a former Brides editor and an expert on wedding style. She is currently the home editor for Rachael Ray in Season and Reveal Magazine.
Brides's Editorial Guidelines

Disco balls aren’t exactly a new concept—from Studio 54 to Saturday Night Fever, the disco ball has been used as an iconic centerpiece to parties not just since the age of disco, but actually since the 1920s! Their popularity hasn’t waned over the decades—so much, in fact, that we've recently seen couples incorporate disco balls into their wedding décor in the most creative ways.

No longer just for the center of the dance floor, disco balls—thanks to their reflective, light-up-any-space magic!—are being used for everything from large-scale installations (hello, photobooth backdrop) to aisle markers and so much more. And let's be real: Disco balls take any party up a notch so you may want to jump on this décor trend for your wedding reception or ceremony ASAP.

Not sure you want to go full-on disco ball crazy, but still want to incorporate them into your wedding design? Try going with smaller touches, like mini disco ball escort cards (we’ve seen ‘em, they’re adorable!), or even printed on a graphic invitation suite to give guests a hint at how fun your wedding will be. However you incorporate this trend, remember to have fun with it! After all, disco balls are synonymous with a good time, and that’s exactly what your wedding should be.

Here are some of our favorite ways to mix disco balls into your wedding décor—no bellbottoms required.

If you and your partner want an all-out dance party, consider making disco your wedding theme. It lends itself to a fun, high energy party, which, to us, sounds like a recipe for a night to remember.

This invitation suite has a kitschy, retro vibe but in a modern way. Disco balls are incorporated into the design without being overtly sparkly, which is a fun way to give a hint of your wedding vibe without being too literal.

Consider adding a disco ball embellishment to day-of paper goods like drink stirrers, signage, and matchbox favors. At this real wedding, the couple created a custom disco ball icon with the addition of a smiley face.

Have a Photo Shoot

Your wedding photos will be one of the most important parts of your wedding day, and something you’ll love forever, so why not take a few pictures that stray from the standard? Play around with a disco ball (or throw it around like a beachball) with your partner during formal photos to loosen up and get some fun candids, as this real couple did.

While disco balls seem are more of an obvious choice at a reception, they can also be incorporated into the ceremony décor. Take this Palm Springs wedding as proof: The disco balls are scattered around the altar for a touch of whimsy and a peek at the party to come, but they don't take away from the overall boho aesthetic.

And if you want a disco ball front-and-center, you can do that too! This ceremony altar combines pampas grass (another favorite of ours!) with a fun tinsel backdrop to set the scene for a sure-to-be fun and memorable ceremony. At this real wedding, it actually doubled as a first-dance backdrop later in the night.

As we said: Disco balls are great for the reception, but why not do something unexpected and incorporate them into your ceremony décor? We love the varying sizes of these, and how they’re grouped together as aisle markers for a twist on standard aisle décor. How pretty would it be to mix some flowers into these, too?

Before we get into incorporating disco balls at your wedding reception, let's take a moment to remember that a disco ball illo can be printed on basically anything, including a clever cocktail napkin fort cocktail hour!

These mini disco balls are so cute, and the perfect way to greet your guests and guide them to their seats at dinner. Not only do they set the mood—they fittingly double as party favors!

If your motto is “go big or go home” consider mixing disco balls into your tablescapes at your reception. Make a big statement, as shown here, with mirrored chargers, lots of pastels, and an explosion of flowers punctuated by scattered disco balls.

If you really want to carry the theme through your décor, try incorporating vases made to look like disco balls! They’re statement-making and are the perfect way to make your flowers pop on your reception tables. Not into having them on tables? Try using larger versions for your bar arrangements.

Of course, we're always about highlighting the head table and this set-up is no exception. We love how the installation sets the scene for the party and blends seamlessly into the dance floor, which should obviously feature even more disco balls.

That said, there’s also something inherently cool about having random disco balls scattered around a room. It gives off the same casual coolness that having art in your home lean against a wall (rather than being hung) exudes. It seems effortless, even if it was super intentional, which, of course, it is—just be sure to place them strategically so no one accidentally trips!

Stringing up disco balls over your dance floor can be done in cool, new ways instead of just the standard one in the middle. Create an installation like this one by choosing disco balls of varying sizes and hanging them at different heights, and then mixing them in with another lighting element (like these chandeliers).

Looking to upgrade your installation? Try incorporating lush greenery into your disco ball clusters. The juxtaposition of the shimmery disco balls with organic branches makes for a unique take on your standard dance floor décor.

It may not be the first thing that comes to mind when you think of disco balls, but when mixed with trendy dried palms and grasses (like pampas) in pretty pastel colors, a shimmery disco ball can really stand out. Echo the shape of the disco balls with glass orb lights for continuity.

No, your eyes did not deceive you—those are gold disco balls! A gold take on the original is unique on its own but adding greenery and florals can make it even more so.

If you’re going to use disco balls as a photo backdrop, like here, remember: more is more. In our opinion, one or two in the background don’t make quite the impact that this en masse installation does.  It makes a statement, and your guests will love posing for the camera all night.

If you’re lucky enough to have a pool at your venue, consider throwing in a disco ball (or ten) in for an easy way to decorate the space.  As long as there’s lighting around or in the pool, the light will bounce off of the disco balls and onto the water for a super cool effect.

When lighting your reception space, don't forget what disco balls are all about! We say take advantage of their light-reflecting quality and make a show of the shimmery effect that comes from pairing disco balls with spotlights.

End with a Piñata!

Surprising your guests with a piñata during the reception (or after-party) is always a fun and unexpected surprise that keeps the party vibes going, and nothing says party quite like a disco ball, so why not combine the two? Fill the piñata with fun grown-up treats, like koozies and glowsticks—and, ok, maybe some candy because adults love candy too!