A Complete Guide to Diamond Clarity

Consider this a crash course in understanding the diamond clarity chart. 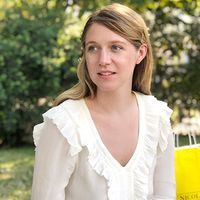 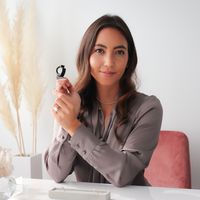 If you’ve dabbled with the idea of a diamond engagement ring, you’re no doubt well-acquainted with the 4Cs: cut, carat, color, and clarity. The latter, however, is like a diamond's fingerprint, and it's what makes each and every gemstone unique.

What Is Diamond Clarity?

Diamond clarity refers to the quality of inclusions or blemishes found in or on a diamond. Using the diamond clarity chart, each diamond is given a rating based on the transparency or purity of the diamond.

To learn more about diamond clarity, we consulted experts Caylee Kozak of Gemist and Debbie Azar of Gemological Science International. Read on to understand the diamond clarity chart, how clarity impacts cost, and more.

Which Finger Does a Wedding Ring Go On?

The Importance of Diamond Clarity

Per Kozak, when you buy a diamond from a certified dealer you’ll receive a report that indicates the size, shape, location, and number of inclusions in the stone. "You commonly hear these referred to as 'flaws,'" she says. "In a diamond, these inclusions could be anything from nearly-invisible specs, clouds of minuscule crystals, wispy feather-like fractures, or larger formations that appear grey or even black."

There are a few ways to think about your diamond’s inclusions. For some, it’s a flaw that could potentially take away from a gemstone’s sparkle. "Diamonds with many visible inclusions can't reflect light the same way a cleaner stone can," Kozak shares. It’s also possible for an inclusion to breach the surface, which she explains could impact the diamond’s durability. "This can allow the diamond to chip or fracture more easily."

On the other hand, many experts are fascinated with inclusions. "Gemologists love inclusions because they make every diamond unique and help to identify it," Azar adds. "Because diamonds are minerals formed hundreds of miles below the surface of the earth that undergo immense heat and pressure, it’s inevitable that they trap other minerals and parts of the earth in them as they form. These minerals become telltale birthmarks of the diamond’s origin."

How Clarity Impacts the Cost of a Diamond

Kozak explains that clarity in diamonds impacts the cost in two primary ways: The first is that diamonds that are almost entirely free of inclusions are impeccably rare, which means they are priced much higher than their more included counterparts. "Secondly, clarity matters more in step-cut diamonds like emerald and Asscher cuts because their wide facets create a sort of window-mirror effect and inclusions are much more visible," Kozak says. "Brilliant-cut diamonds have many more facets that help to hide inclusions."

Azar also explains that clarity’s impact on cost is intrinsically tied to the diamond’s other 3Cs (carat, color, and cut). "While the clarity can significantly impact a diamond's cost, many inclusions typically cannot be seen by the naked or unaided eye," she says. "With regard to clarity alone, fewer inclusions in a diamond will typically have a higher price, but again, the price is based on all the 4Cs as opposed to one single measurement."

On the technical side of clarity, gemologists turn to impressive technology to determine a diamond’s grade. "They use a binocular microscope to find the inclusions, and then use a 10-magnification loupe to determine the final clarity grade," Azar says. "Diamonds are judged at 10-power magnification, which means the lens magnifies the diamond to look ten times larger than actual size."

Because the types of inclusions that can occur are vast and every diamond is unique, Azar encourages an appreciation of your stone’s individuality. "From included minerals such as garnet, olivine (peridot), and other diamonds, to twinning of the diamond crystal (called twinning wisps), and even star-shaped clouds, diamond inclusions are a source of fascination and beauty," Azar says. "So, when you look at the inclusions in your diamond, remember they are a birthmark of the diamond’s origin, born billions of years ago deep in the earth."