Contempt in Relationships Is Definitely Real—Here's Why 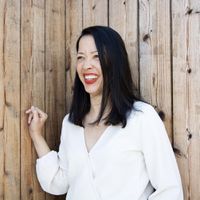 At some point in life, many of us end up in relationships that aren't working. Sometimes the reasons are easy to see—long-distance, conflicting goals, or even an age gap—but other times, the problem is tough to pin down. If you've ever been angry with your partner for seemingly no reason, however, there might be an underlying issue.

Have you ever found yourself annoyed at the way they brush their teeth or eat their meals, even though their habits haven't changed? Maybe their inability to keep up with chores was no big deal when you first started dating, but now you bite your tongue when you pick up their clothes. This could be a sign that you're dealing with bottled-up anger, and contempt for your partner is making its way into your relationship.

We asked an expert to explain what contempt feels like so we can learn to build healthier relationships moving forward. Below, read on for her tips on what to do when you're experiencing contempt for your partner.

Before we overthink it, let's look at the role this feeling plays in love. "Contempt is a unique issue in a relationship because it is generally rooted in unexpressed anger that festers and grows," says Dr. Fran Walfish, Psy.D.

When you're talking openly with your partner, any problems that naturally arise are on the table to deal with. But if you're holding something in—and they don't know about it—you could be directing anger at them for reasons that are unrelated. So what are the signs of contempt? Walfish notes that poor communication, negative changes in your sex life, and distancing yourself without explanation are all indicators that you're feeling hostile toward your S.O.

Clearly, this isn't one of love's better aspects, but it isn't uncommon for partners to feel this way in relationships. You might be spending too much time together and getting irritated more often, or there might be a hurtful event from the past that you're still holding onto.

How to Constructively Address Contempt With a Partner

To get past these negative feelings, you'll need to do some soul-searching. Be aware of your anger when it presents itself, and make note of whether your partner is actually doing something worthy of your reaction. When you're inclined to confront them (or even start an argument), Walfish recommends approaching the situation from a calmer standpoint.

There are several ways to reshape feelings of contempt into healthy means of communication. Instead of using phrases like "you always" or "you never" when talking to your partner, try statements that directly address how you're feeling—rather than what they're doing wrong. "I'm stressed about the chores, and I'd love your help tackling them so we can move on with our day," is a constructive response to annoyances around the house.

It's also important to be a good listener. "During intense disagreements, people tend to interrupt or think about their responses while their partners are talking," Walfish notes. She suggests listening without interrupting and empathizing with your partner to validate their emotions. "Everyone is entitled to their own feelings, so do your best not to criticize, judge, belittle your partner, or minimize the importance of their feelings," she says. Ignoring their concerns can create a barrier in your relationship.

Walfish notes the role of honesty in love as well. Even when the truth is uncomfortable, she says to be brave: "Honesty in a relationship is extremely important because it is fundamental [to] a person feeling safe," she says. Your partner might get upset now, but they'll appreciate the truth in the long run.

Walfish also believes in flexibility, staying on task, and using humor to strengthen your bond. By being open to their ideas, focusing on one problem at a time, and lightening stressful situations with jokes, your partner can feel more comfortable approaching the tough subjects.

Does Contempt Go Away?

"Contempt is a powerful feeling that can absolutely be worked through, go away, and be resolved when dealt with openly, honestly, and directly," Walfish says. When it's especially-troubling, she recommends reaching out to a third party like a therapist, religious leader, relationship counselor, or psychologist for advice.

Communication can also go a long way. When discussing your feelings about topics that frustrate you (or your partner), be sure to acknowledge how the other party is feeling so they know you're making an effort. "This gives your partner a feeling of being heard, validated, and accepted. No blaming, criticisms, or judgments allowed," Walfish says. She finds it helpful to discuss issues in a space free from distractions, and strive to be both honest and compassionate with responses.

"Encourage your partner to express anger respectfully and directly to you," she says. "Pent-up anger only festers, grows, and emerges in unwanted ways down the road."

How Can Couples Move Forward?

As you start dealing with these difficult feelings, you might find that while some aspects of your relationship are improving, it's hard to get past complicated times. Along with extending grace for any minor annoyances together, Walfish has a few tips for moving forward with your partner:

Walfish also recommends keeping your private issues private. If you're going through hard times, that's not the public's business—and it's important not to keep a record of wrongdoings. Forgiveness is essential in healthy relationships.

It's never easy to feel upset with someone you love, but remember what drew you to your partner in the first place. Let your best times hold you together when things get tough, and in the end, you might find that your issues aren't a breaking point. They can even be a great way to learn healthy compromises (and be stronger together in the long run).

The 12 Most Important Things That Every Relationship Needs