What to Expect at a Buddhist Wedding 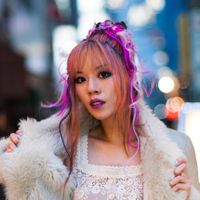 A Buddhist wedding honors the teachings of Siddhartha Gautama and expresses the couple’s devotion to wisdom, compassion, and harmony in their partnership. Unlike other spiritual traditions, Buddhists consider marriage to be a secular matter, meaning it is the individual’s choice and not a sacrament. Rather than having strict proceedings, a Buddhist ceremony is a joyful, fluid occasion that reflects the heritage of the partners.

Buddhist marriages are most common in Asia, Southeast Asia, and India. The partners often combine modern elements (like a wedding cake, or popular dance music) with centuries-old rituals, such as making offerings in front of a Buddha statue. “Our wedding in Penang, Malaysia paid tribute to the city’s multiculturalism,” says Hong Kong-based wedding coordinator Katherine Luk. “My husband and I wore Chinese garments and received blessings from three Thai Buddhist monks.”

Katherine Luk is a destination wedding planner based in Hong Kong. She and her husband Jacky Cheng run Alexander Hera, a young and creative team of photographers, stylists, and makeup artists. They specialize in organizing weddings for Asian clients and have offices in Penang and London.

A Buddhist wedding usually includes local customs, such as binding the wrists with string in Cambodia or sipping three cups of rice wine in Japan. Most end with live music and a generous banquet. Although Buddhist weddings may seem quite different around the world, the couple always shows respect to family and friends and commits to awakening their self-potential together.

The wedding venue is lovingly decorated with symbols of Buddhism, as well as the couple’s traditional culture. Often, the centerpiece is a large gold Buddha statue surrounded by incense, candles, flowers such as lotuses, and hand-held meditation bells. Tibetan celebrants might brighten the room with rainbow prayer flags, while people in Hong Kong gravitate to red and gold luxury. No matter how the space is designed, the effect is always peaceful and auspicious.

The partners might decide on a white gown and tuxedo or traditional wedding garments. “Jacky and I wished to honor our Chinese ancestry, so he dressed in a classic male chang shan,” recalls Luk. “I wore a qun gua, or two-piece wedding skirt and top, with a scarf over my hair. Both outfits were made from embroidered red fabric.” A Japanese Buddhist might don a floral kimono, while a Thai bride might wear a regal siwalai dress with cloth draped over one shoulder. At a Nepalese wedding, the groom would likely wear a long tunic and pants in a colorful geometric print, while his betrothed would put on a red sari and layers of gold jewelry.

A Buddhist ceremony may begin with a guided meditation, which lets the attendees cultivate mindfulness and loving-kindness. A member of the wedding party may then read passages by revered figures like Tibet’s Dalai Lama, or Dōgen of the Soto Zen school. Buddhist weddings often include readings from the Sigalovada Sutta, as it contains the Buddha’s advice on harmonious domestic relations.

Some partners legally formalize their marriage before or after the wedding. Other couples hold a civil ceremony that includes vows. Some might recite lines prompted by a Buddhist elder or write their own. These vows reflect their commitment to patience and compassion through the relationship’s inevitable changes.

Offerings to the Buddha

The partners show reverence to the Buddha by making offerings at an altar, or statue in his image. They might also visit a temple as part of the ceremony and perform rituals there. Most couples will light candles or incense, and present beautiful packages of food and flowers to the Buddha. Then, they’ll silently reflect while holding their palms together in front of their hearts.

It’s important to note that devotees are not worshipping the Buddha. Rather, they are honoring the wisdom of his teachings and aspiring to awakening.

Buddhist monks or nuns are invited to attend the wedding as special guests and give blessings to the partners. Alternatively, the couple may visit a temple as part of the celebration and receive the well-wishes there. At their wedding, Luk and her husband sat in front of three local monks wrapped in orange robes. They held their hands in prayer, closed their eyes, and listened to the “bhikkhus” chant in Pali. “I didn’t understand what they were saying,” confesses Luk, “But their calm faces and kind voices made us feel uplifted.”

Most Buddhist ceremonies include a ritual that signifies the joining of husband and wife. Some couples exchange rings in the Western tradition. At Luk’s wedding, the monks asked her and Jacky to pour a jug of water into a silver bowl. “The libation symbolized our togetherness and created merit for our loved ones,” she explains. In Southeast Asian countries like Cambodia, Buddhists tie a red string around the couple’s wrists or wrap long white thread around their heads to make a joined headpiece. Thai monks may perform a water blessing and pour it over the partners’ hands. In Japan, the partners drink sake from three separate cups that represent the three “jewels”: the Buddha, Dharma (teachings) and Sangha (community).

The guests sit down for a generous spread of food, which is more commonly served plated than buffet-style. A Chinese or Indian banquet puts large family-style dishes at the center of each table. Not all Buddhists are vegetarian, but the feast will undoubtedly include delicious options for those who refrain from eating meat. “We treated our guests to a 10-course meal,” remembers Luk. “The dishes had Malaysian, Chinese, and Indian flavors that mirrored our upbringing and surroundings.” The dinner may or may not end with a wedding cake, but always includes sweets for dessert.

Time for everyone to live in the moment and celebrate the newlyweds through song and dance. Expect to see a dance troupe that performs lively folk choreography and musicians who sing and play traditional instruments. The guests might also let loose on the dance floor to the sounds of Bollywood, Cantopop, or a mix of song styles. Games, speeches, and karaoke add to the fun.