Find out where A-list couples chose to tie the knot. 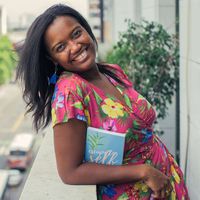 Rosie Bell
Rosie Bell is a writer and editor with nearly a decade of experience. She has also appeared as a lifestyle expert on ABC News and NBC News.
Brides's Editorial Guidelines

What's not to love about destination weddings? Epic photos are all but guaranteed, they're an easy way for travel-loving duos to highlight their favorite pastime, and far-flung nuptials give family and friends a great reason to take a much-needed vacation. If you're already set on a destination wedding but not sure where to tie the knot, consider following in the footsteps of celebrities who have come before you—with access to the best wedding planners, designers, and travel consultants, as well as a vested interested in privacy, it should come as little surprise that A-listers regularly make it official in spectacular locales around the world.

Here, we rounded up 13 of our favorite celebrity destination wedding locations across the globe. Get inspired by these fantastic getaways and consider some of the epic properties located in each.

10 Celebrity Proposal Venues to Pop the Question At

Kourtney Kardashian and Travis Barker tied the knot three separate times (the pair first exchanged vows without a wedding license in Las Vegas, then legalized their union in Santa Barbara), but it's the last celebration that we can't stop thinking about. For that nuptial event, which took place in May of 2022, the duo invited an extended group of family and friends to Portofino, Italy. Dolce & Gabbana designed the couples' frocks and hosted the entire star-studded vow exchange at their L'Olivetta villa. The couple and their guests then decamped to Castello Brown for the reception, where the party included serenades from Italian opera singer Andrea Bocelli. Renting the very same 16th-century castle for your own magical wedding will set you back between €3,500 and €5,000 (or roughly $3,700 to $5,300) between April and September. Sadly, designer attire and award-winning singers are not included in the price tag.


From Cindy Crawford and Rande Gerber's 1998 barefoot beach wedding on Paradise Island to Penelope Cruz and Javier Bardem's private nuptials in 2010, the Bahamas has long been popular among the A-list set. And though their marriage didn't list, Mariah Carey and Nick Cannon also tied the knot in the gorgeous archipelago back in 2008—following a whirlwind romance, the duo said "I do" under the sky with a handful of loved ones present and jumped into the deep blue sea after exchanging vows.

Couples looking for an intimate yet ultra-luxe affair on an untouched island à la Nick and Mariah can opt for Caerula Mar Club's "Beachfront Bliss in the Bahamas" package. This includes roundtrip private jet transportation for a wedding party of 10 and all accommodations. With around 700 distinct islands, the Bahamas offers endless opportunities to curate the destination wedding of your dreams.


Maroon 5 frontman Adam Levine and Namibian model Behati Prinsloo made it official at Flora Farms, an exquisite venue just north of San Jose del Cabo that hosts up to 1,000 guests, in July of 2014. Their star-studded ceremony at the 25-acre organic working farm was officiated by none other than actor Jonah Hill and guests enjoyed performances from Stevie Nicks, Sublime, and the groom himself. For your very own rockstar wedding where the desert meets the sea, the brand-new Corazón Cabo Resort & Spa has the highest panoramic bar in Cabo, Rooftop 360, which would be the perfect match for a sunset ceremony or late-night soirée overlooking the Sea of Cortez.

There are plenty of other great places to tie the knot in the area, including the exclusive hideaway Waldorf Astoria Los Cabos Pedregal, which is accessible only by the private Dos Mares tunnel; in April of 2022, the property was the site of Johnny Wright's (Justin Timberlake's current manager) wedding to Miriam Solis.

Better known as "The Mountain" in Game of Thrones, actor and champion strongman Hafþór Júlíus Björnsson wed his Canadian girlfriend Kelsey Henson in a mountainside ceremony in Iceland. Jackass star Bam Margera also jetted to the land of fire and ice for his 2013 nuptials to Nicole Boyd. Adventurous and outdoorsy couples will adore the rugged, moon-like landscapes in Iceland ranging from surreal craters to glacial lagoons. Charmed by the thought of walking down the aisle beside a cascading waterfall while the Northern Lights dance above? Hotel Rangá on the south of the island can make any wedding dream a reality. Nordic-inspired dining? Check. Waterfall photoshoot? Indeed. Majestic Icelandic horses joining your wedding party? Why not!

Ross Matthews, a RuPaul's Drag Race judge and a regular co-host on The Drew Barrymore Show, got married in Puerto Vallarta at Almar Resort, a luxury LGBT beachfront hotel. On the big day, 110 guests watched as he wed Dr. Wellingthon García, with Barrymore herself standing in as the flower girl. Couples wishing to solidify their union in this Pacific coastal town can find a Rolodex's worth of picturesque spots, including Marriott Puerto Vallarta Resort & Spa. The stunning resort has photo-worthy moments wherever you turn, including one of the largest infinity pools Puerto Vallarta has to offer. You'll never run out of tequila during the speeches either—this is the only Marriott hotel in the world with its own tequila brand, CasaMagna.

Chrissy Teigen and John Legend made things official where they first vacationed and fell in love: Lake Como, Italy. You can live la dolce vita at Villa Pizzo, the very same spot where the couple exchanged vows. Emily Blunt and John Krasinski also chose romantic Lake Como as the backdrop for their wedding. Their venue of choice? The palatial Villa D'Este, where screen icon Elizabeth Taylor reportedly began her romance with Conrad Hilton. Another majestic Lago di Como property worthy of your nuptials is the 19th-century Grand Hotel Villa Serbelloni. "The pearl of Lake Como" has enchanting outdoor and indoor areas for your ceremony including The Royal Hall, which can host up to 220 guests for a Michelin-starred dining experience.

After their surprise elopement at A Little White Wedding Chapel in Las Vegas, pop star Joe Jonas and his Game of Thrones bride Sophie Turner hosted a more lavish wedding in France. The venue was the 20-acre Château de Tourreau in Provence, which boasts a helipad, infinity pool, and basketball court. Pro tip: You can sleep there by booking a stay on Airbnb Luxe, the home of over-the-top luxury properties anywhere in the world.

Jonas and Turner joined the impressive list of famous faces who've flown to Provence to make their love official, including British actress Kiera Knightley and James Righton and Brad Pitt and Angelina Jolie (in a castle and vineyard they co-owned).

Options abound for a wedding ceremony in beautiful London, England. While you likely won't be able to tie the knot at Westminster Abbey, like Prince William and Kate Middleton, or Windsor Castle, in the footsteps of Price Harry and Meghan Markle, there are plenty of properties that will make you feel like royalty. When Nicky Hilton and banking heir James Rothschild were married in 2015, the couple chose Kensington Palace (Princess Diana's former home) as their backdrop.

R&B singer Ciara and her quarterback husband Russell Wilson opted to escape to the British countryside for their nuptials and tied the knot at the centuries-old Peckforton Castle in Cheshire, England. To find Bridgerton-style country manors across England, look to Love Home Swap, an alternative short-term rental option with properties in some of the most affluent locations around the world.


When the grounds are owned by the Ferragamo family, you just know the wedding will be fabulous. You can say "I do" in a glamorous setting under the Tuscan sun like tennis pro Caroline Wozniacki did when she married David Lee at the five-star Rosewood Castiglion del Bosco in Tuscany. Actress and model Kate Upton also wed baseball pitcher Justin Verlander at the historic venue. The property is complete with a Brunello di Montalcino winery and private 19-hole golf course; couples can exchange vows at medieval castle ruins, the San Michele Arcangelo church that's adorned with original frescoes by Sienese master painter Pietro Lorenzetti, or the picturesque Capanna vineyard, where the best Brunello wines are produced.

Want to escape the prying eyes of the world as you exchange vows? Consider jetting off to a private Caribbean island, just like 98 Degrees singer Nick Lachey and actress and presenter Vanessa Minnillo. For their July 2011 wedding, the collaborating TV personalities traveled to Necker Island, Sir Richard Branson's secluded piece of heaven in the British Virgin Islands. Rent out the entire 74-acre island (for you and 40 guests) or book one of the bespoke wedding packages that guarantee an extraordinary celebration. You'll be in good company, too—Branson got married there himself, as did his daughter.

For her intimate wedding to businessman Marc Daly in 2017, The Real Housewives of Atlanta veteran Kenya Moore flew to stunning St. Lucia. While on the Caribbean island, the reality star spent blissful days at the Anse Chastanet resort, one of the most romantic and soul-replenishing properties in St. Lucia (with not one but two true blue beaches for a sand-beneath-your-feet wedding). Audacious couples staying at Anse Chastanet's sister hotel Jade Mountain can actually flip the script and get married with a Jade Mountain-hiking butler on one of the pointy Piton mountains, a UNESCO World Heritage Site.

If you want to become espoused in St. Lucia exactly where The Talented Mr. Ripley actor Matt Damon and Luciana Barroso did, you'll need to check out the glittering Sugar Beach, a Viceroy Resort, too.

Human rights lawyer Amal Alamuddin took George Clooney (one of Hollywood's most eligible bachelors) off the market with a grandiose Venetian wedding in the fall of 2014. She wore a custom off-the-shoulder Oscar de la Renta gown to say "I do" in front of an illustrious guest list that included Cindy Crawford, Bill Murray, and Emily Blunt. You can walk in Mrs. Clooney’s immaculately styled footsteps with your very own palatial ceremony at the couple’s wedding venue, Aman Venice. This stunning 16th-century waterfront palazzo (and seven-star hotel) is available to rent for couples seeking a fairytale in the floating city with private gardens, fine dining, opulent art-filled rooms, and a touch of Hollywood glamour.

You Can Get Married at These Famous Celebrity Wedding Venues