The 12 Best Board Games for Couples 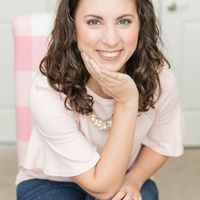 Carly Totten
Carly Totten is a Philadelphia-based writer specializing in wedding planning and decor. She is also a copywriter for creative business owners and a wedding planner for couples in Philadelphia and beyond.
Brides's Editorial Guidelines
We independently research, test, review, and recommend the best products—learn more about our process. If you buy something through our links, we may earn a commission.

One date we hope never goes out of style? The at-home date night! There’s something decidedly romantic and extra cozy about staying in together and making a big meal or watching a movie. On summer evenings, that might mean throwing a blanket on the grass outside and pour some glasses of wine. But, rather than curling up on the couch to catch up on your latest Netflix binge or just eating cheese, why not have fun with a board game?

If you’re up for a classic challenge or a newer strategy contest (or something else in between), keep reading. We’ve rounded up some of the best board games that are great for two players but can also easily expand to accommodate others too.

Put your spelling to the test while playing Scrabble, one of the most classic board games. You begin with seven tiles, and as each player draws new tiles from the bag there are less and less available.

The goal is to place your final letter in place before your opponent, while also making sure your letters and words are on the highest-earning locations on the board. It's a great conversation starter and brain twister!

The 50 Best Wedding Gifts of 2023, Tested and Reviewed

Ticket to Ride is designed for 2-5 players, and the goal is to be the player with the most points when the game concludes. It’s played using a board game, train pieces, and a collection of cards. There are three ways to earn points – add train pieces to the board, connect two cities together, and have the longest consecutive train route.

We love that player that goes first is the one who has traveled the most! It offers a fun opportunity to chat about your favorite past travels and feel encouraged to see even more places together.

The 15 Best Luggage Pieces That Will Make You Honeymoon-Ready

Scattergories is a game of word association that happens against the clock. To begin, you will choose a prompt list from a bevy of options before rolling the dice. You start by answering the prompt with mostly one-word answers beginning with the letter on your dice.

The player with the most answers wins! It’s a quick game that can easily turn into multiple rounds, plus you can play with up to six players so it's a game that's always ready for post-dinner party fun.

Buy on Amazon Buy on Orientaltrading.com Buy on Walmart

Bananagrams is similar to Scrabble because it’s also a game filled with words and spelling, but the difference is the pace is far faster. Each player will choose 21 tiles, someone will yell “split”, and then both players will start building what will end up becoming two individual crossword puzzle-like boards.

As players use their tiles, they say “peel”, which means everyone playing must pick up another letter. The goal is to have your final letter in place first before saying “bananas”. Bananagrams can also be played with up to eight players, and its compact size means it’s perfect to pack for travel.

Buy on Amazon Buy on Walmart

If you’re planning to have backyard games at your wedding, you’ve likely considered Jenga. While the oversized version is perfect to play outside, you may want to opt for the more compact blocks for indoor play at a table.

The game begins with a vertically stacked tower with blocks in rows of three alternating at 90-degree angles. The goal is to be the final player to successfully slip a block out of the tower before it falls. The suspense and engineering of the game are what make it fun for two or many more players.

If you’re looking for a classic game that has a lengthy playtime, opt for Monopoly. The goal, as many of us know, is to own the most properties. The more properties you own in the same colorway, the more your opponent will have to pay in rent when they land on those spaces.

Community Chest and Chance cards also come into play, and the game continues until there is only one player left. It's a classic that everyone will love!

Buy on Amazon Buy on Barnesandnoble.com

If you grew up enjoying the board game Sorry, you will likely love playing Parcheesi! If you’re playing with two players, you will want to sit on opposite sides. The game begins when each player chooses the color for their game pieces and places all four in the large circle to their right.

On each turn, roll the dice and either move one piece the full combined amount on the dice or split up the moves into two (ex: if you roll a 4 and a 2, you can move one piece 4 spaces and another 2 spaces). The first player to get all four game pieces into Home wins! Of course, there are obstacles in between to make it challenging and fun.

Rummikub is a numbered tile game that falls in between rummy and Mah-jong. If the player is able to add tiles to the board, they will do so by creating trios or more of tiles that have the same number (ex: red, black, and blue tiles with a 3 on each) or that include three or more numbers in a row of the same color (ex: 7, 8, 9 in red).

The fun and challenging part of the game is that groupings can be changed at any time—as long as you have the tiles available to make the swap! Rummikub ends once all tiles have been chosen and the first player places their final number into play.

Buy on Amazon Buy on Walmart

Whether you’re learning for the first time together or one of you knows how to play, chess is one of the oldest and most classic board games to play as a couple.

If you’re trying it out for the first time, it’s helpful to watch a video to learn how to properly set up the back row of your board on each side with your king, queen, knight, rook, and bishop pieces. The second row is always lined with pawns. Each piece on the board can move in specific ways, and the goal is to be the first to capture your opponent’s king.

We thought we would list Hive and chess close together on our list because they’re similar. Hive is known as being a bit more accessible than chess, and we think that’s due to the game pieces. Hive is designed for two people, and the goal is to surround your opponent’s queen bee piece with your bug pieces.

Each bug game piece is allowed to move in specific ways—ants can be placed where they can “fit”, spiders always move three spaces, grasshoppers can jump, and so on. It’s easy (and quick!) to catch on.

Yahtzee is a relatively fast-paced dice game for one or more players. During each turn, players will shake the five dice in the Yahtzee cup before rolling. Based on the dice rolled after the first try of each turn, the player will decide which option from the Yahtzee list they would like to complete.

The goal, of course, is to roll a Yahtzee (or many!), which means all five dice have the same number face-up after the third roll. The player with the most points at the end of the game wins!

Price at time of publish: $9

Sequence combines cards together with game pieces and plenty of strategies. The great thing about it is you can play with 2-12 players, which makes it perfect for date night and equally as fun at a party. If you’re playing with two players, the goal is to have two sequences on the board.

You build your sequence by drawing cards and placing a chip on the space on the board where the card is noted. A sequence occurs when five same color pieces are placed in a row horizontally, vertically, or diagonally on the board. Of course, there are ways to lose turns, add and remove pieces, and win free spaces.