Headed to an Arab Muslim wedding? Here's what to expect. 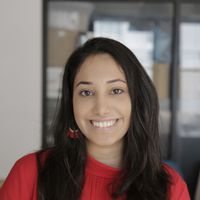 Erum Salam
Erum Salam is a writer at The Guardian. Previously, she worked in digital production at Sesame Street and held internships with the BBC in Washington D.C. and New York.
Brides's Editorial Guidelines
Fact checked by
Cherisse Harris

Arab Muslim weddings are lavish celebrations steeped in history and tradition. While the specific customs vary across countries in the Levant, from Lebanon or Palestine all the way to Morocco, there are certain cultural and religious rituals that remain the same.

“If attending an Arab Muslim wedding for the first time, be open-minded to different cultures and how they celebrate,” says Sheikh Main Al-Qudah.

Dr. Main Al-Qudah is a Houston-based sheikh and an assistant professor of Islamic studies at the American Open University. He is a scholar of Islamic jurisprudence and Muslim family law.

Ahead, learn all about the most common traditions to expect at an Arab Muslim wedding.

The tolbe or tulba is a pre-wedding ceremony where the groom formally asks the bride's parents for her hand in marriage. If the families give their blessing, a short prayer from the Holy Quran called “Surah Al-Fatiha” is recited by everyone present. This is followed by a presentation of tea, coffee, or cordial and sweets that both families enjoy together.

In Islam, the Mahr is the dowry or payment a groom must provide to his bride. The Mahr is presented during the katb Al-kitaab. It symbolizes love, respect, and courtesy towards the woman. It is something valuable she can take with her in the event of divorce.

The zaffe is the newlywed couple's grand entrance to their reception. It typically starts with the bride’s father walking his daughter to her groom. It is then followed by a troupe of drummers that play traditional, upbeat Arabic music. During the zaffe, rings are changed from the right hand to the left hand. The female attendees can be heard making a high-pitched ululation with their tongue, called the zaghrouta, which is a cheer of celebration.

In most Arab weddings, you won’t see many guests sitting down. A popular folk dance called dabke is performed by professional dancers and then the wedding guests. Guests will dance shoulder to shoulder in a circle with each other. If attending an Egyptian wedding, guests are likely to see belly dancers instead.

The cutting of the cake is a wedding tradition found in most cultures, but as with most things, Arabs kick things up a notch. Arab Muslim couples cut their multi-tiered wedding cake with a large sword passed down to the groom from his family for his wedding day. At more ornate celebrations, sparklers might even emerge from the cake.

This tradition is the final farewell to the newlywed couple before they depart their wedding venue in a flashy and highly decorated vehicle. Friends and family of the couple follow them back to their home or hotel in a parade of their own cars, playing loud music and honking all the way to announce to the world that the couple in front of them just got married.