Brides's Editorial Guidelines
We independently research, test, review, and recommend the best products—learn more about our process. If you buy something through our links, we may earn a commission.

For many couples, buying jewelry is a wonderful way to celebrate a special milestone in their relationship. And if you're looking for a piece that will show your love and devotion to your partner, and one that will also stand the test of time, consider gifting an anniversary ring.

What Is an Anniversary Ring?

Anniversary rings are rings that are gifted to celebrate a couple's wedding anniversary, particularly for milestones like 10, 15, or 20 years.

Contrary to how couples may feel about wedding rings, anniversary rings are versatile and don't necessarily need to showcase diamonds. Carol Offman, founder of New York City-based private jeweler Inner Expressions, explains, “anniversary rings can have diamonds in combination with colored gemstones, such as rubies, sapphires, or emeralds, or no diamonds at all.”

Carol Offman is the founder of Inner Expressions, a private jeweler based in New York City. She has been designing and manufacturing diamond and gemstone jewelry for over 25 years.

If this accessory seems like something you'd like to consider for an upcoming date, read on for everything you need to know about anniversary rings.

Anniversary Gifts by Year: Our Traditional and Modern Guide

They might sound similar, but anniversary rings and wedding bands are definitely two different types of rings. For starters, both have different meanings and varying styles. “Usually wedding bands are small because they are meant to complement the engagement ring without being overpowering,” Offman says. “Anniversary bands are meant to celebrate the accomplishment of one’s marriage.” Meaning, the story behind an anniversary band is meant to reflect the love of a relationship over the years.

If a couple has both a wedding band and an engagement ring, Offman also notes it may be beneficial to find an anniversary ring that complements the pieces already being worn. However, it certainly doesn’t have to be that way. “There is no rule that says if you have a round diamond in your engagement ring and a plain wedding band, or even a wedding band that might have small round stones, that you must have a matching anniversary ring,” she says. “Sometimes it’s nice to mix it up a bit.”

Basically, the perfect set of anniversary rings is whatever feels right for your relationship. They can be small, large, thick, thin, gold, or silver, the options are limitless. To get you started on your search for the perfect band, here are our favorite anniversary ring options below. 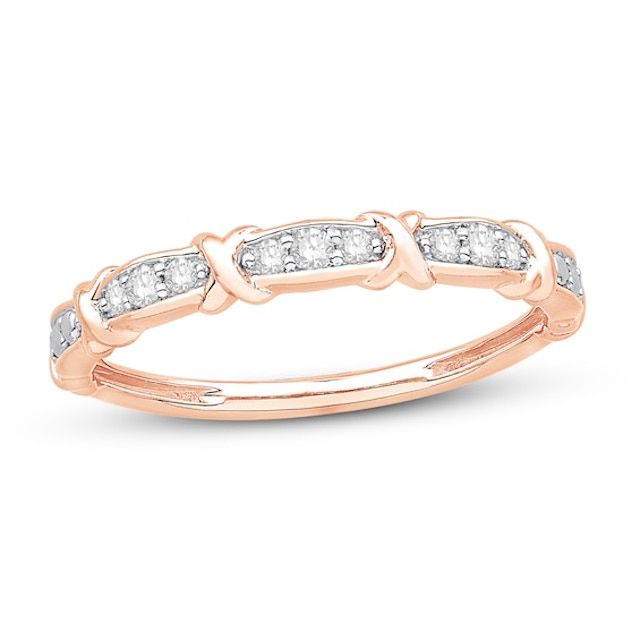 This band is both subtle and romantic. Sparkling round diamonds are set in a rose gold band, with X shapes throughout, that distinguish it from any other anniversary band. 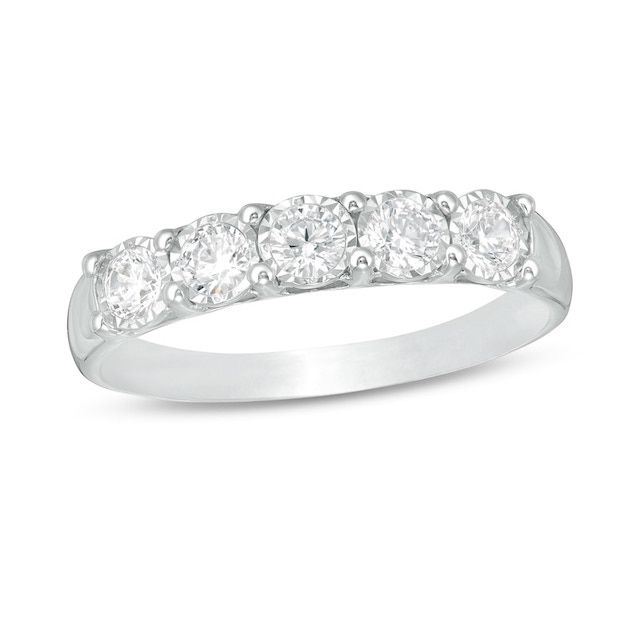 This option has plenty of sparkle, without being too overwhelming. Five small diamonds are embedded in a white gold band with tons of shine. 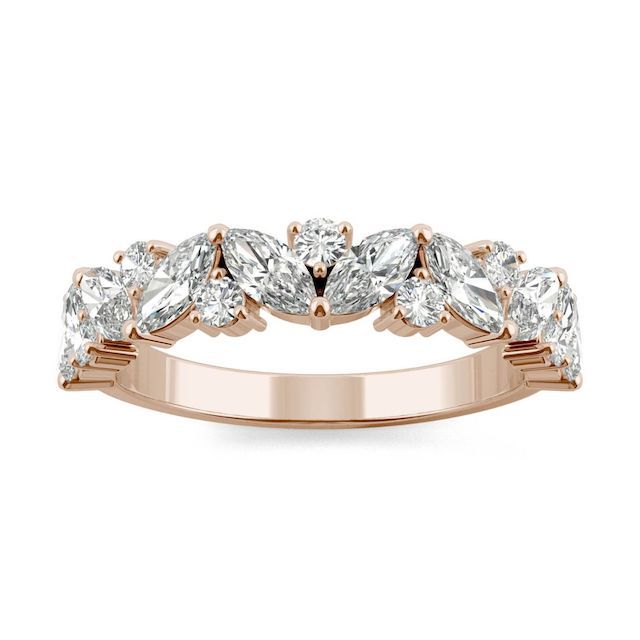 A mix of marquise and round stones come together to create a beautiful and interesting band. The best part? Since these are moissanite stones, they give off a brilliant shine (á la diamonds), but at a much lower price point. 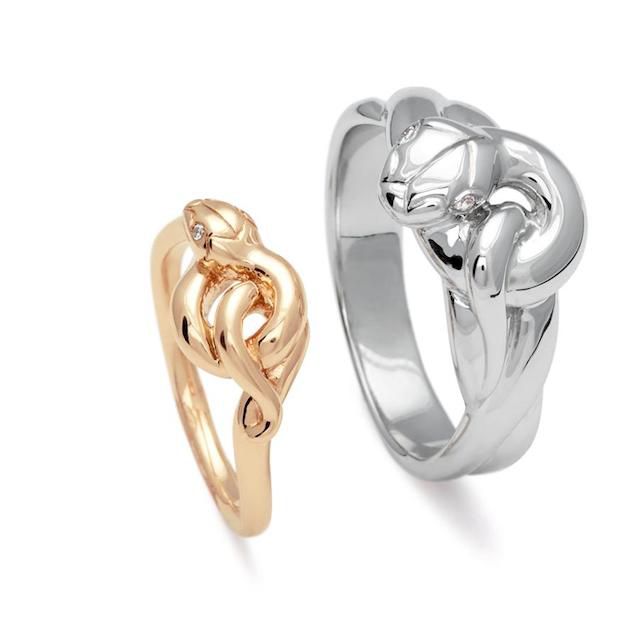 With a ring design like this, you definitely won’t second guess whether or not you should buy an anniversary ring. This matching pair features a Victorian serpent band with tiny encrusted diamonds. 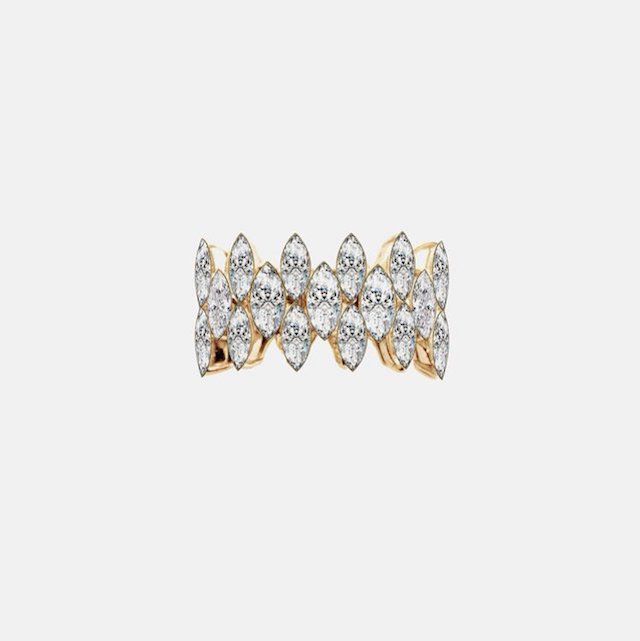 This ring, featuring a fully encrusted marquise diamond band, is a true stunner. It has a unique shape, tons of sparkle, and an edgy look that really stands out. 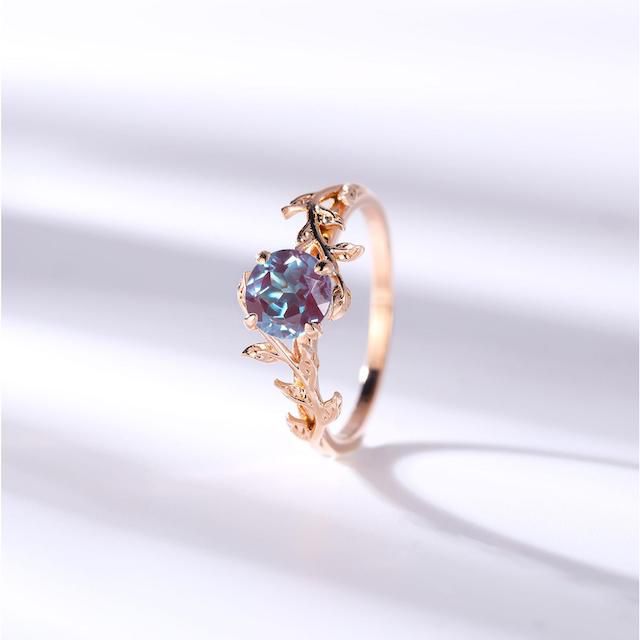 Alexandrite stones are special because of their unique shade. This stone sits on a rose gold band, featuring a vine and flower design that looks pretty and delicate. 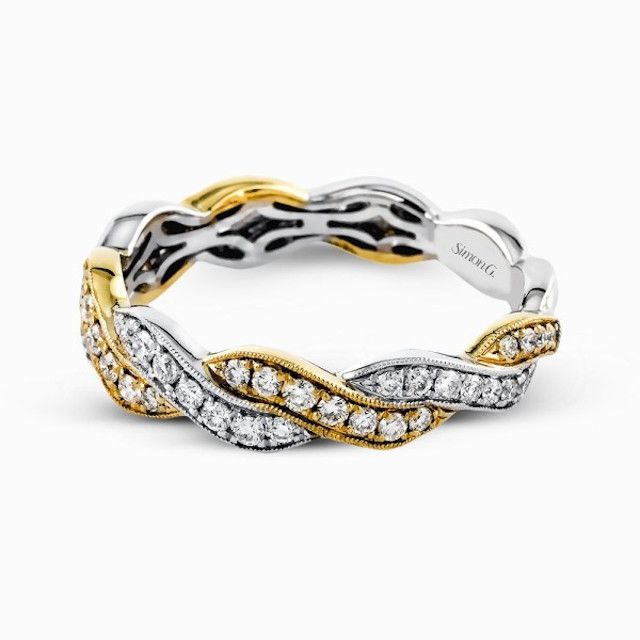 Yellow and white gold intertwine perfectly in this alternating band. Small diamonds sit along the entire ring, which is edged in milgrain for some added unique details. 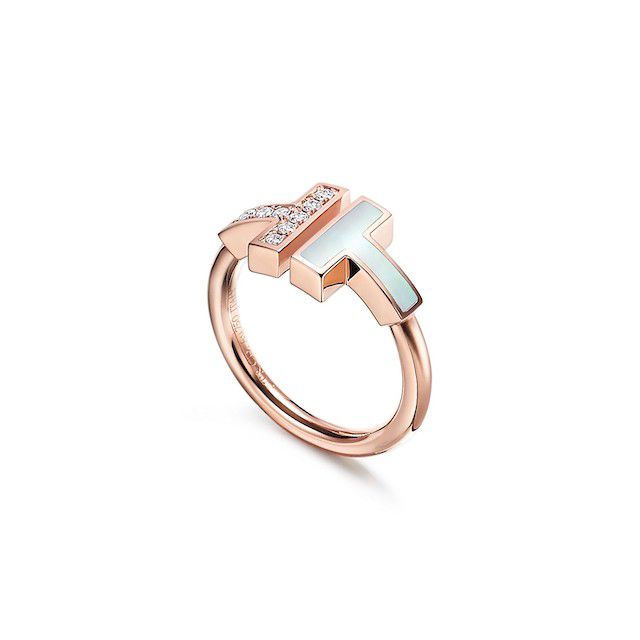 Courtesy of Tiffany and Co.

What better way to show your love than with an iconic Tiffany's ring? Diamonds and pearls are two classics, and this piece blends the two perfectly for a one-of-the-kind design. 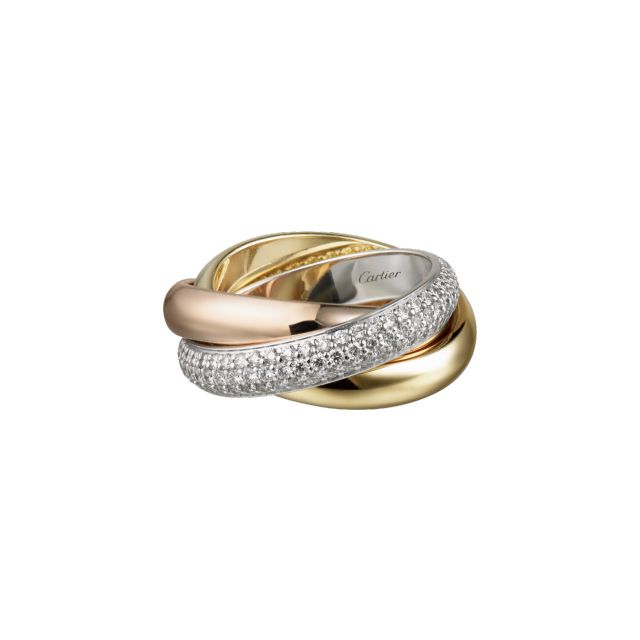 Cartier’s Trinity ring is a symbol of life’s most important relationships. This one features three interlaced bands in pink, yellow, and white gold that symbolize love, fidelity, and friendship. 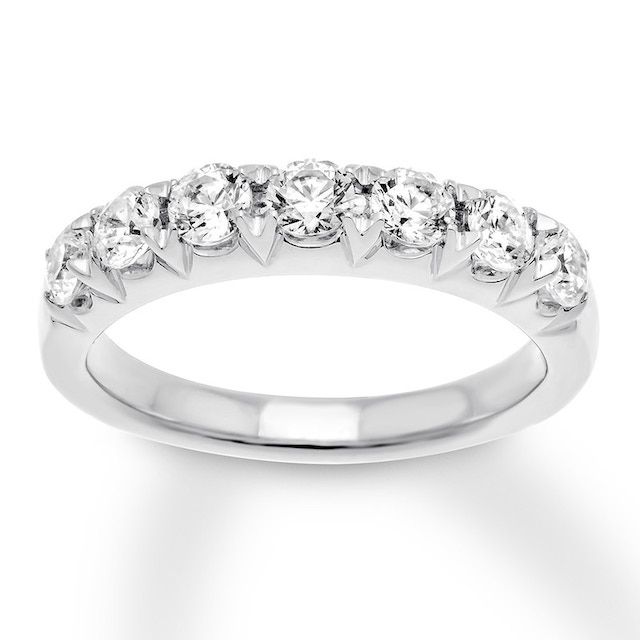 Keep things simple, elegant, and classic with this diamond band. The brilliant round diamonds come out to a total of one carat, but the best part is that it’s a perfect piece for stacking. 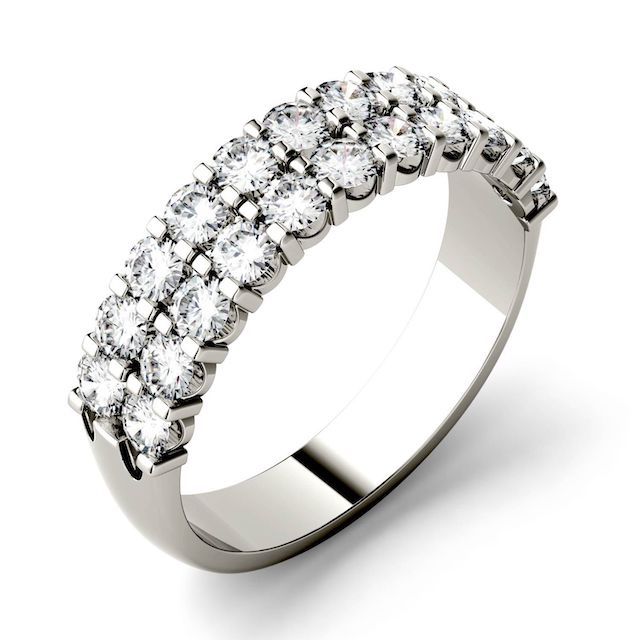 For a wider band, try this double-row anniversary ring. 22 sparkling moissanite stones line the band for something that is simple, but not so subtle. 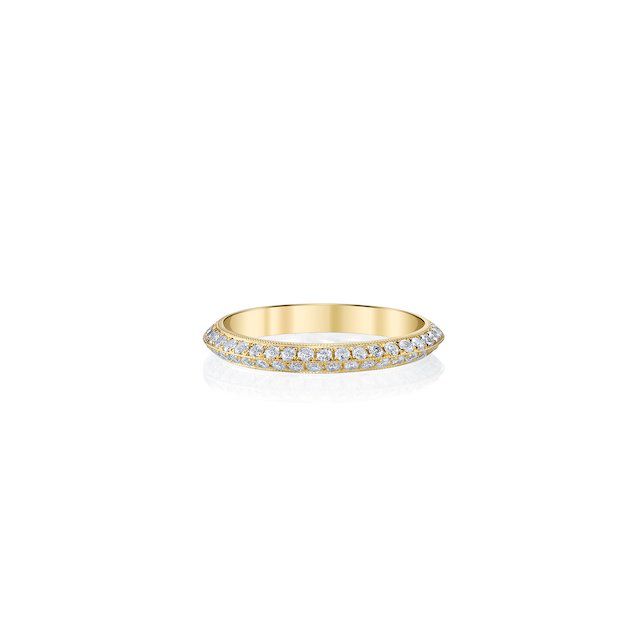 The knife edge of this band gives it a completely different look that still manages to be subtle. You also have the option to choose between white or black diamonds for your stone setting.